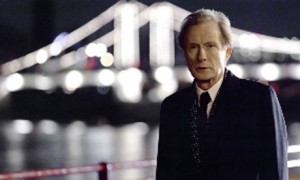 The Toronto International Film Festival has just announced PAGE EIGHT as its closing night film. Directed and written by David Hare, scriptwriter for THE READER and THE HOURS, this is a contemporary spy drama set in London and Cambridge. Principal cast includes Bill Nighy, Rachel Weisz, Michael Gambon, Ralph Fiennes and Judy Davis. By the way, Weisz has 3 films screening at TIFF: PAGE EIGHT, THE DEEP BLUE SEA and 360.

Synopsis (via IMDb): Johnny Worricker (Bill Nighy) is a long-serving M15 officer. His boss and best friend Benedict Baron (Michael Gambon) dies suddenly, leaving behind him an inexplicable file, threatening the stability of the organization. Meanwhile, a seemingly chance encounter with Johnny's striking next-door neighbour and political activist Nancy Pierpan (Rachel Weisz) seems too good to be true. Johnny is forced to walk out of his job, and then out of his identity to find out the truth.

Do you feel this content is inappropriate or infringes upon your rights? Click here to report it, or see our DMCA policy.
David HareBill NighyRachel WeiszTom HughesMichael GambonDramaMysteryThriller