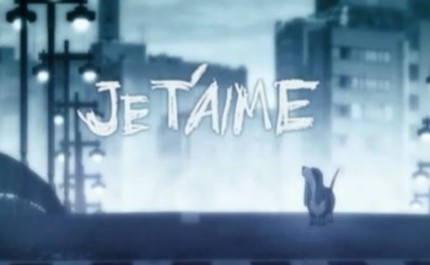 That Ghost In The Shell director Mamoru Oshii has a thing for basset hounds is not exactly news for fans. The man has been tucking the sad eyed, droopy eared dogs into his work - both live action and animation - for decades now and it's been suggested more than once that the director has more affection for his canine friends than any bipeds on the planet. So the fact that recent animated short film Je T'Aime features a basset hound as the lead isn't really a surprise. If anything the surprise is that it's taken this long for a hound to take the lead.

Je T'Aime had a brief festival run before being released as part of a DVD package for Japanese pop stars Glay and you can check it out below.
Sign-In to Vote
Tweet 0 Submit

Thanks to Brian Ruh for pointing it out.

I'm sorry, the animation was nice and from what I could get of the story it was okay.
But the music was HORRIBLE. You should never wish to turn off the soundtrack to what you're watching.. Not just because it sounds bad but because you feel like it adds absolutely nothing to what you're watching. Which is what I felt while watching this. It's really sad when you have to fit what you're doing to someone else's music.. I'd of been a lot more enthisiastic if they'd had the band make the music for the clip or.. something. As it is it feels like a horribly sloppy AMV where someone's gotten some random footage they liked then just tacked on a bunch of songs to fill the time that it runs for. Just.. No. Bad sound design. BAD.