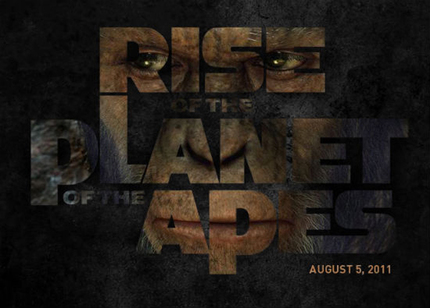 While I wouldn't call it spoiler-heavy per se, as it doesn't seem to be giving up anything meant to be kept secret, a new trailer for Rupert Wyatt's Rise Of The Planet Of The Apes has appeared in the UK and it certainly aims to walk viewers through the film's major plot points all the way from start to finish. So while it stops short of telling you how, exactly, everything happens you'll certainly walk away from it with a pretty good idea of the entire arc of the film. So, buyer beware, there may be some things here that you don't want to know.

That said, this new effort also features a ton of new footage and, as expected, the more we see of WETA's effects work the better it looks. Of course it also looks as though that effects work is going to be called upon to cover for a very obvious and on-the-nose script that features very little in the way of subtlety. James Franco, John Lithgow, Freida Pinto, Brian Cox and Tom Felton star. Take a look below.
Tweet Post Submit