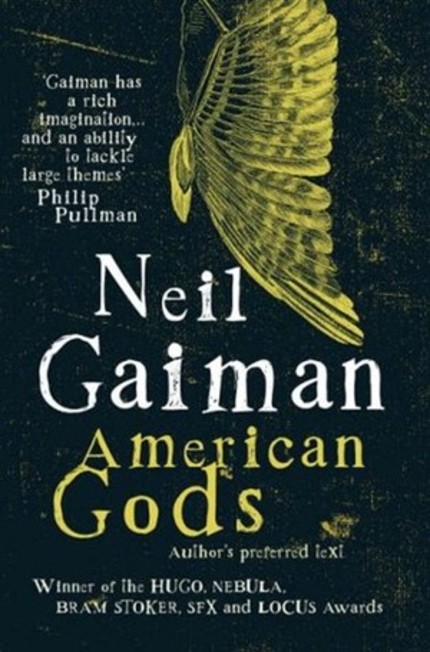 Can this be true? Playtone Productions - the production outfit founded by Tom Hanks - announced this morning that they're already announced television adaptation of Neil Gaiman's American Gods is being planned as a six season run of ten to twelve episodes per season. Absent from the announcement is any sort of comment from HBO, who are airing the series, to confirm that they have actually committed to back and air a full six seasons, which leads me to think that this is wishful thinking on Playtone's part at this stage, as I have never, ever heard of a television network committing to a six season run of anything let alone a series that hasn't shot a single frame.

Other details in the announcement include that the show would be produced at a cost of thirty five to forty million dollars per season, which would mean a per-episode cost of around three and a half to four million dollars. Which is actually pretty reasonable for a show that will feature "more effects in there than it's been done on a television series" according to producer Gary Goetzman. By contrast, the first season of HBO's Boardwalk Empire cost a reported fifty million dollars to produce. If all goes to plan American Gods will hit the air in 2013.
Tweet Post Submit