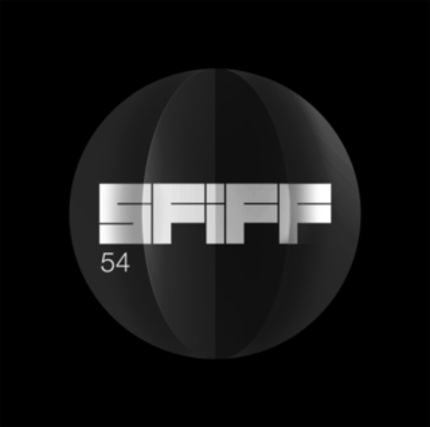 I believe it was the seminal hip hop group Whodini who coined the phrase "the freaks come out at night," and so it goes with San Francisco's more adventurous cinema fans. For me, the absolute highlights of each San Francisco International Film Festival are the Late Shows. The Late Shows shine a light on precisely the type of films that brought me to ScreenAnarchy many moons ago: films of blood, horror, guns, gangsters, monsters and all manner of oogety-boogety.

The 2011 lineup is exemplary, featuring last year's frequently-googled found footage flick The Troll Hunter, Beat Takeshi's return to the gangster film in Outrage, Todd's vote for "American Horror Film of The Year" Stake Land, and a world premiere with independent feature The Selling.

So much has been written about Outrage and The Troll Hunter that I'll skip those in favor of linking you to reviews that do the job. I've seen both and recommend them as much or more than the two reviewed below. The glossy return of Takeshi Kitano to Yakuza storytelling is relentless in its vision, and Norwegian folk-tale The Troll Hunter manages a lot with daringly little.

Even as a regular Twitch reader, I was surprised to find how well covered Stake Land was prior to the past few weeks; I must have been reading the site with one eye open. Because it wasn't on my radar, I thought it might be important to highlight the film as it screens at the SFIFF.

Now we are well-stocked with reviews. Go figure.

After a vampire outbreak, the US population is reduced to a few small outposts along the largely barren landscape populated by traveling survivors and religious fanatics. An enigmatic vampire hunter and his young protege make their way north towards a rumored paradise called "New Eden," but their travels are fraught with run-ins with bloodsuckers and one cult in particular, The Brotherhood.

If you have been following the film's advance press, I won't bore you with the fitting comparisons to Zombieland (it's less funny) or The Road (it has more vampires) or even point out that the film plays like a traditional Western - complete with haunting fiddle music. In my mind, Stake Land's most striking feature is the potential stories it holds. Director Jim Mickle and writer/star Nick Damici have crafted an enormously rich backstory and their world is painstakingly detailed in the face of a low budget.

With such a broad template, characterization takes a backseat. Even action-packed scenes that might lend themselves to a deeper understanding of the travelers have an icy tone that fashions dread at the expense of emotion. I wasn't as smitten as my fellow ScreenAnarchy-ers, but Stake Land is a beautifully-realized and altogether worthwhile vampire flick, and solace after the distressing camp of True Blood and Twilight.

The Selling is expecting a World Premiere here at SFIFF54 and, screening with a quartet of the strongest Late Night Show lineups in recent SFIFF history, director Emily Lou's debut feature emerges as the least essential of the four films. A comedy-horror about a pair of realtors trying to flip a haunted house, The Selling sits squarely in the realm of low-budget filmmaking with an emphasis on comedy rather than boo!s. But what the film lacks in polish, it attempts to make up with good old fashioned Indie Chutzpah.

The jokes are lame but they're earnest. On the blood-and-gore spectrum you're barely looking at a PG-13 but the film has underdog determination and moves quickly to new and clever bits.  I'll bet you haven't seen someone give an open house while the walls bleed, or a possessed man try to feed brownies spiked with sleeping pills to a bulimic coworker.  It does The Selling a disservice to compare it to international hits like Trollhunter and Outrage, but if you like rooting for the little guy there is charm here.