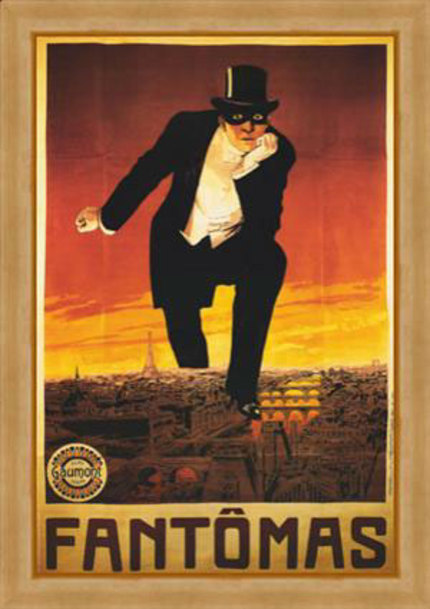 Christophe Gans appears to be joining the ranks of the snake-bitten, the talented French director rapidly building up an extensive list of films that were almost-but-not-quite made. And his much-anticipated adaptation of Marcel Allain and Pierre Souvestre's Fantomas may be joining the list.

Gans' particular curse is his taste for big, high budget concepts that are not the most obvious sells to a mass audience. Couple that with a tendency to work slow, and things have ample opportunity to fall apart. Is his Fantomas dead? Not at the moment, though it just lost one of the key ingredients needed to make it happen.

Vincent Cassel - a past collaborator and a star with enough stature to secure funding - has been attached to the film from the beginning, but no more. The man who was to play the title character has walked away, citing delays in production and scheduling conflicts as the reason.

This raises the obvious question. If not Cassel, then who? Is there another actor in France who could anchor a film of this scale while also creating the sort of character Gans wants? Nobody is jumping immediately to mind for me though, personally, I'd kind of like to see what Jean Dujardin could do in a serious, action oriented role like this.
Tweet Post Submit

via Ecran Large
Thanks to Mr Geddes for pointing it out.