A Clip From Paddy Considine's TYRANNOSAUR 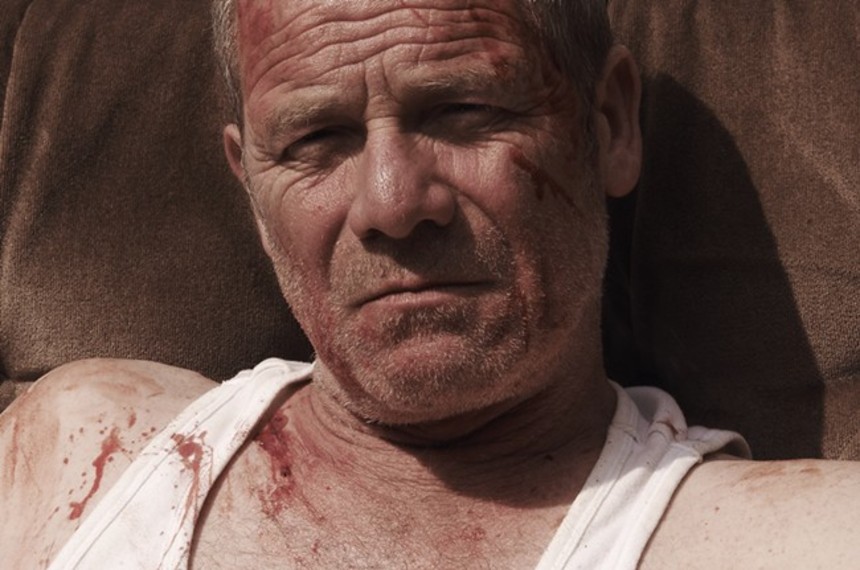 Paddy Considine should need no introduction around these parts. As an actor the versatile performer has been a favorite here for years. Likewise as a writer, one who frequently collaborates with Shane Meadows. And so we've been eagerly awaiting his feature directing debut, one which just had it's premiere at Sundance and we're pleased to present a first clip. Here's how Sundance described it:

Renowned actor Paddy Considine's first feature behind the camera is a tour de force propelled by the sheer intensity of its performances and storytelling.

Joseph (Peter Mullan), a tormented, self-destructive man plagued by violence, finds hope of redemption in Hannah (Olivia Colman), a Christian charity-shop worker he meets one day while fleeing an altercation. Initially derisive of her faith and presumed idyllic existence, Joseph nonetheless returns to the shop and soon realizes that Hannah's life is anything but placid. As a relationship develops, they come to understand the deep pain in each other's lives.

An unconventional love story, Tyrannosaur transcends its bleak circumstances through Joseph and Hannah's vigorous impulse toward redemption. Shouldering the weight of burdened lives with great humanity and a deep understanding of our capacity to heal, Mullan and Colman deliver two of the most outstanding performances of the year. Considine's portrait of these two lost souls, bloody but unbowed, is a devastating and profoundly beautiful experience.