Topher Grace Asks You To TAKE ME HOME TONIGHT 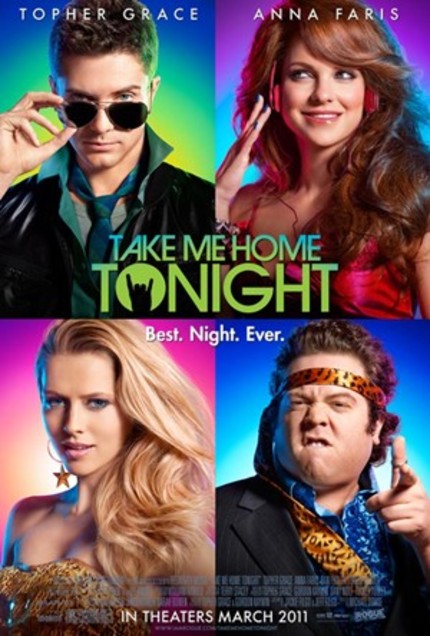 So. Why the hell am I writing about a 1980's set romantic comedy starring Topher Grace and Anna Faris here in ScreenAnarchy? Simple. Because Take Me Home Tonight happens to be directed by Michael Dowse, the man behind the camera for It's All Gone Pete Tong and the FUBAR films. And in my not particularly humble opinion Dowse is one of the great underappreciated talents in the film world, a truly great comedy director who could probably be the next John Hughes if he wanted to and didn't have such an obstinate indie streak in him.

And, for that matter, Topher Grace is a hell of a lot better than he usually gets credit for, too.

So, this is Dowse's kick at the big time, the most clearly commercial film he has ever been involved with. Will it bounce him up a notch on the food chain? You know, it just might, because as much as it does what you expect it to it does it with a sense of character and style that separates it out from the pack.  The trailer has just debuted on Apple. Check it out.
Tweet Post Submit