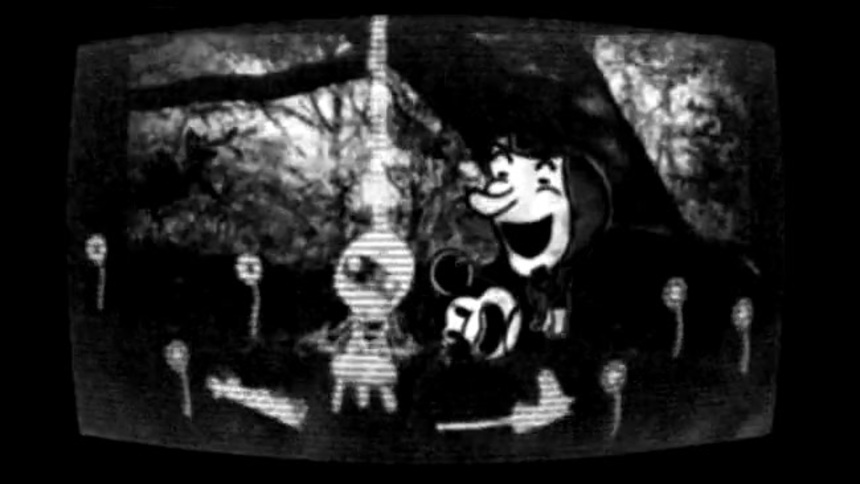 To say that I've become a fan of UK animator Stephen Irwin is an understatement. With an edgy, experimental style that appears quite primitive at first glance but is actually quite complex, Irwin first came to our attention with the stunning Black Dog's Progress. Since then he's been working dominantly on a major piece titled Horse Glue - with the briefer Atomic Hubbub released midway through as a bit of a stress relief - and the time has now come when we can view the seven minute short online. Here's the official synopsis:

When two films, Horse and Glue, unfold together within the same space, their narratives become intertwined.

Horse is a miniature war film that follows a frightened soldier after a bloody battle in which he was the lone survivor. Glue tells the story of a child left to fend for himself in the woods, and is loosely based on The Babes in the Wood folktale.

The stories mix together and the following story is told: a young boy is abandoned in the woods by his father and encounters a murderous child. He is surrounded by a miniature war, puzzled by the actions of a lone, insane soldier and experiences his own mental breakdown.