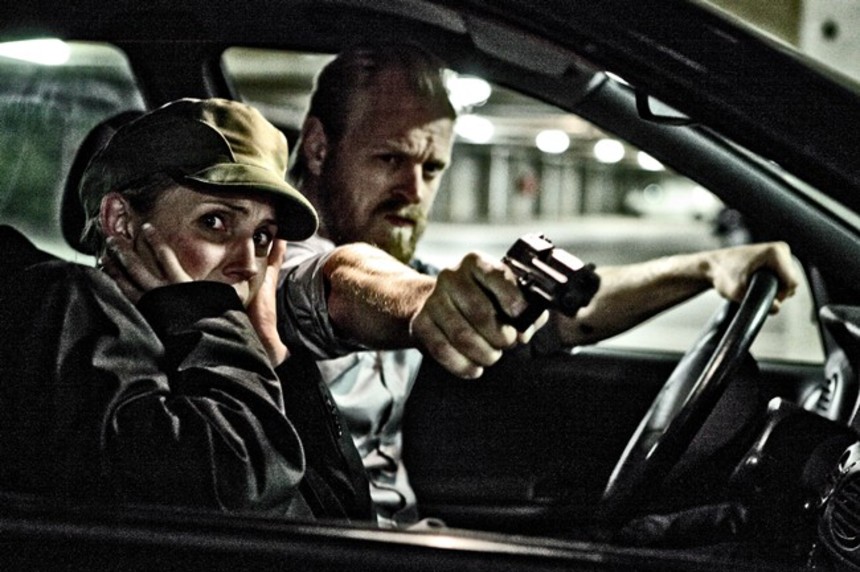 We've commented many time in the past year or two on the explosion of smart, gritty, noir infused crime films coming out of the Nordic region. For whatever reason there just seems to be something about those nations and crime film that just click together and stellar efforts such as Nicholas Winding Refn's Pusher films, Ole Bornedal's Just Another Love Story and Deliver Us From Evil, the international hit Millennium series and numerous others have been the result. And here's another to watch out for.

Oscar nominated director Christian E Christiansen is currently in production on ID:A for Lars von Trier's Zentropa and the image above is our very first look at the film anywhere. Tuva Novotny and Flemming Enevold star in what is clearly aiming to be a stylish crime picture. Here's the official synopsis:

A woman wakes up in a river. Wounded and without memory, then races to elude mysterious followers and recover from amnesia.

ID:A is slated for Danish release in September 2011. More on it as it comes.
Tweet Post Submit