Get TRASH HUMPERS on VHS, DVD, Digital Download, and 35MM 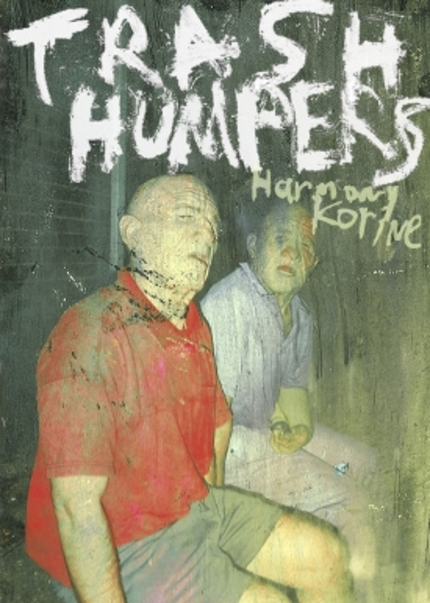 Trash Humpers is a hilarious display of freakishness that finds director Harmony Korine dabbling in some of the same territory as early films like Gummo and Julien Donkey-Boy. The film's random flow of antagonistic imagery and lo-fi aesthetic -- the whole thing looks like it was cobbled together from degraded VHS tape -- combine to make Trash Humpers one of the more entertainingly depraved movies to emerge from the 2009 festival circuit.
Now that the both the festival and theatrical run has wound down, Trash Humpers will soon be available for home consumption. Drag City is releasing the film on Region 0 DVD on September 21st in the U.S. A digipak version and an autographed limited edition will be available.
UK distributor Warp Films is also geaing up for a release, but their plans are a little more unorthodox. In addition to a Region 0 DVD, Warp will offer Trash Humpers in the following formats beginning on September 20th: two different digital downloads; 300 limited edition PAL and NTSC VHS tapes with custom covers; and 3 limited edition 35mm prints in a custom film canister. Yes, you can own a 35mm print of Trash Humpers (it's expensive). One can assume that screening rights aren't included.
Sign-In to Vote
Tweet 0 Submit

Do you feel this content is inappropriate or infringes upon your rights? Click here to report it, or see our DMCA policy.
Harmony KorineRachel KorineBrian KotzurTravis NicholsonDrama

all the critics that fell for it they've never seen anything avant garde before of course.
I always wanted to own an Harmony Korine's film on 35mm I believe I'll get rid of my 35mm prints of Evil Dead, Argentos' and Tarantino's and even Forbidden planet to make room for this....;)