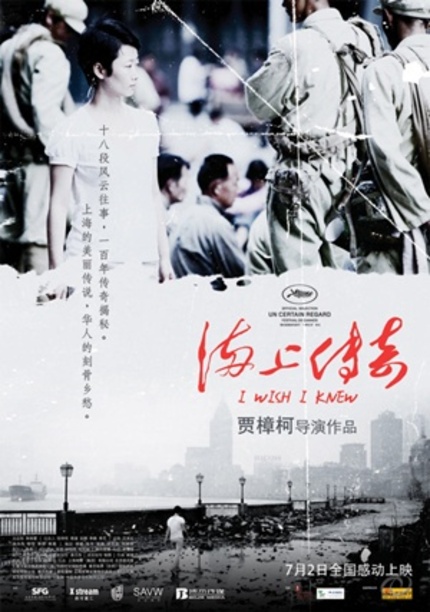 One of the most unique voices in the global cinema world, China's Jia Zhangke is a great favorite on the festival circuit. His incredible run of high profile festival appearances continued this year with his I Wish I Knew appearing in the Cannes Un certain Regard program, a boost of publicity that is now leading in to it's theatrical release.

Shanghai, a fast-changing metropolis, a port city where people come and go.

After the Chinese Communists' victory in 1949, thousands of Shanghaiers left for Hong Kong and Taiwan. To leave meant being separated from home for thirty years; to stay meant suffering through the Cultural Revolution and China's other political disasters.

As much a portrait of a city as of any particular people, you can check the trailer below.
Tweet Post Submit

Do you feel this content is inappropriate or infringes upon your rights? Click here to report it, or see our DMCA policy.
Zhangke JiaYindi CaoHsin-i ChangDan-qing ChenMei-Ru DuDocumentaryHistory

More about I Wish I Knew