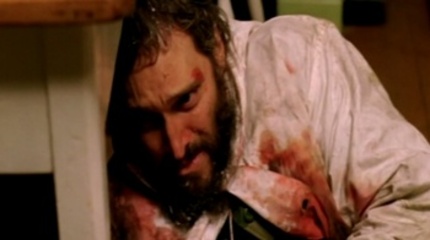 No stranger to controversy, The Brown Bunny's Vincent Gallo is about to stir up a whole lot more. Gallo plays the lead in

Jerzy Skolimowski's Essential Killing, in which Gallo plays Mohammed - an Afghani Taliban fighter - on the run from Allied forces.

Captured by the US military in Afghanistan, Mohammed is transported to a secret military black site somewhere in the Eastern Europe. When the armed convoy he is riding in plummets off a steep hill, Mohammed finds himself suddenly free and on the run behind the enemy lines, among a hostile, snow blanketed forest. Relentlessly pursued by an army that officially does not exist, Mohammed must constantly confront the need to kill in order to survive.

Anyone care to wager how this will play in middle America? Check the trailer below.