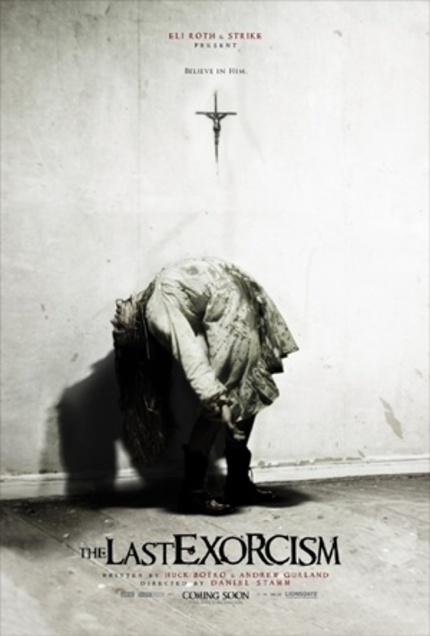 Word has been circulating on Daniel Stamm's The Last Exorcism - originally known as Cotton - for what feels like a couple of years now. It drew attention first because of the presence of Eli Roth as a producer and then - after the massive success of Paranormal Activity - because it is shot in a similar, raw, moc-doc style.

Now, put aside what you know of Roth, here, because if the just-released trailer is any indication, Roth the producer has some intriguing differences from Roth the director. Yes, his name gets its own title card but such is the way or marketing. Get over it. What's interesting is that Roth is using his name to support a film that appears to be far from all the noise and bluster of his own work. It doesn't look as though Stamm is going to shy away from the blood in this one but there's a clear precedence given to character and that give a lot of hope.  Check the trailer below.
Tweet Post Submit