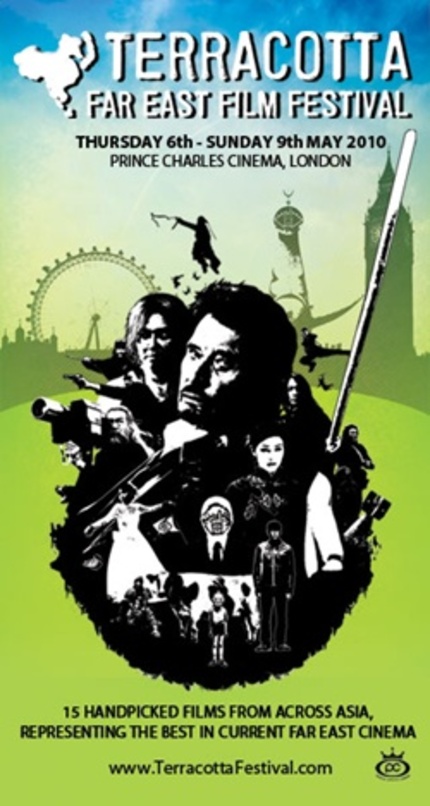 With the 2010 edition of London's Terracotta Far East Film Festival just around the corner, word has come out that director Teddy Chen - fresh off of picking up seven awards at the Hong Kong Film Awards for festival closing title Bodyguards and Assassins - will be attending as a special guest. Full details below.

Fresh from his haul of seven awards at this year's Hong Kong Film Awards, including Best Film and Best Director, Teddy Chen, director of BODYGUARDS AND ASSASSINS, will be attending Terracotta Festival 2010 where his film will close the festival.

"We are absolutely thrilled to have Teddy come over - not just to support us, but for him to witness first hand how far his film has traveled and to see the British reaction to BODYGUARDS AND ASSASSINS" said Joey Leung, one of the festival organisers.

"It's also a great chance for the director and audiences to connect directly in the Q&A session after the film".

The documentary DEVELOPMENT HELL will also be shown at Terracotta Festival 2010. The turbulent ten year production process for Chen (who has been nicknamed 'unluckiest director in Hong Kong' after set backs which included SARS epidemics and a death and in the production team) is examined in this documentary with interviews with the producers, including Peter Chan (WARLORDS) and Andre Morgan, the producer of Bruce Lee's GAME OF DEATH.

BODYGUARDS AND ASSASSINS is the Closing Film at Terracotta Festival 2010, which will show 15 hand-picked films which represents the best in current Far East Cinema.