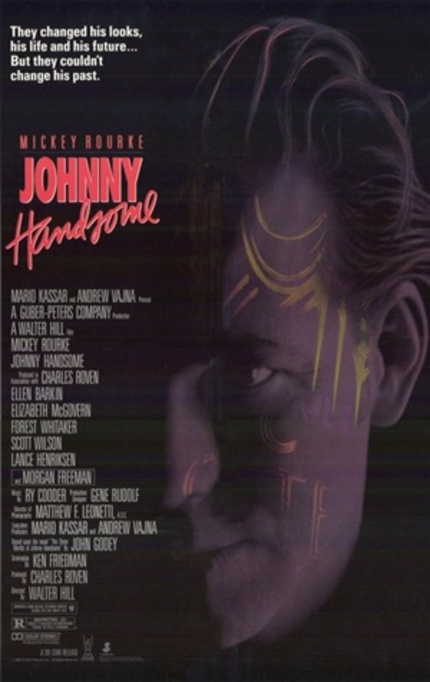 Back in the day Walter Hill was one of the heaviest hitters in Hollywood.  Starting as an AD on Bullitt and the original Thomas Crown Affair, Hill would go on to produce films like Alien,  while writing and directing the likes of Streets of Fire, 48 Hours, Red Heat and The Warriors.  A string of duds dropped Hill right out of the A-list, his most recent gig as writer or director coming with 2002's Undisputed, which he also produced.

In the middle of his A-list run, though, Hill directed a flop by the title of Johnny Handsome, a film headlined by Mickey Rourke which also feature Forest Whitaker in the cast.  And with everything old in Hollywood becoming new again, the Hill / Rourke / Whitaker trio are getting back together and bringing a few interesting names with them.

That Rourke is set to headline Hill's upcoming St Vincent is not new, word of that began to circulate in early 2009.  He'll be playing an aging hitman having a crisis of conscience after taking the confession of his intended target, a premise that is certainly an interesting one.  Making it even more interesting are the recent cast additions of Forest Whitaker, Ray Winstone and Gong Li.

Hitman Vincent Novena (Mickey Rourke) goes deep undercover portraying a priest to get close enough to kill his gangland traitor target. He soon discovers that playing the part of a good man is more dangerous than being a mob killer ever was.  No good deed goes unpunished. The more Vincent opens up, the more vulnerable he becomes ...

Do you feel this content is inappropriate or infringes upon your rights? Click here to report it, or see our DMCA policy.
Theodore MelfiBill MurrayMelissa McCarthyNaomi WattsChris O'DowdComedyDrama