THE LONGEST NIGHT IN SHANGHAI review 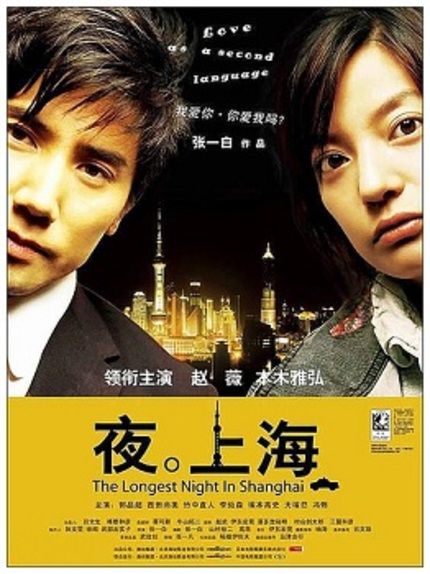 (And another film with no ScreenAnarchy review. Allow me to put that right.)

The Longest Night in Shanghai could have been a disaster. It's a formula rom-com at heart, yet another riff on Pygmalion where a glossy pan-Asian cast is headed up by two lonely beautiful people who only need one fleeting meet-cute to establish they're meant for each other. It's helmed by an arthouse director, Zhang Yibai, coming off a shaky second picture (Curiosity Kills the Cat) in which the more predictable genre elements he tried to introduce killed a great deal of the atmosphere stone dead almost before it even got started.

But it's not a disaster. It's far from a perfect film; it's too long, and its multiple plot threads vary wildly in quality, but the sumptuous production values, stellar cast and gorgeous soundtrack paper over the (very) rough spots to leave the viewer with one of the quietest, most beautifully restrained and effortlessly moving commercial love stories of the past few years.

The two star-crossed lovers are Naoki Mizushima (Masahiro Motoki, Departures) and Lin Xi (Vicky Zhao Wei, Mulan, Red Cliff). Naoki's a stylist of international renown who's in Shanghai to assist with the stage show at a music awards ceremony; he's throwing himself into his work the better to hide from a marriage from which the thrill has long since gone.

Lin Xi's the struggling taxi driver who literally runs Naoki down in the street after he goes walkabout. Eager to placate the mysterious foreigner, Lin offers to chauffeur him around town, yet by the time she discovers Naoki has neither money nor any grasp of Chinese, he's captivated by watching her attempt to deal with her own personal problems. She should get him back home, but the phone calls keep coming in. He should get back to his hotel, but the strange bond he's forming with this woman (even though he barely understands a word she's saying) is the first thing in years to have him feeling alive.

The Longest Night succeeds in large part because for all its faults it does a sterling job of evoking that sensation of living in the moment common to so many great it-happened-one-night films, romantic or otherwise. Time is plainly not going to run out until events have run their course. Zhang and cinematographer Yang Tao (who worked on Curiosity and would go on to co-DP on Jiang Wen's The Sun Also Rises) are clearly in love with the city as much as with their lead couple; Shanghai here is warm and vibrant, cosmopolitan, yet still with a touch of the same grit from Zhang's debut Spring Subway. The pleasure here is clearly more about drinking in the atmosphere than keeping one eye on a ticking clock.

Motoki and Zhao Wei make a wonderful couple, though. Far more reserved than the typical romantic leads - some brief moments of physical comedy come off rather awkwardly - their chemistry is nonetheless fantastic. Vicki Zhao has never been a truly great actress but for roles like this few if any can touch her; Lin Xi is a slim part, yes, but instantly likeable and wholly sympathetic. And Motoki is far, far better here than in the woefully over-rated Departures, letting frustration and loneliness through piece by piece rather than in great chunks of saccharine melodrama. The scene that starts him wandering through Shanghai is a small delight, more human and spontaneous than anything in the later film.

It is also a truly captivating portrayal of a relationship brought about despite both parties' inability to communicate properly. On paper, the scenes where Naoki and Lin Xi struggle through crude hand gestures and miscommunication might sound trite or precious, but the leads make them something genuinely heartwarming, tentatively sensual, far more convincing than the contrived symbolism of, say, Jim Jarmusch's Ghost Dog.

The main stumbling block is Zhang not being content to focus on his leads. There are four couples in all wandering around the city, and some come off markedly better than others. Sam Lee (Dog Bite Dog) is a pleasure to watch as the Chinese interpreter assigned to Naoki's team, all withering scorn softening over time, but Dylan Kuo is monotone and forgettable and for some reason Naoto Takenaka (Shinjuku Incident) sees fit to stretch his excruciating cameo appearance in 20th Century Boys out to an entire role as Naoki's liaison. None are a total loss (seeing Takenaka yelping kiais in Bruce Lee wig is good for a smile at least) but none measure up to the leads. What to cut is never entirely clear, but at two and a half hours the film is definitely too long.

Still, there's always this fairytale Shanghai, gorgeous from start to finish (one pivotal set piece toward the end is simple yet absolutely breathtaking). Special mention, too, to the soundtrack - John Mark Painter's score and the array of licensed songs are equally well considered, and several moments in the film would not be half so effective without them.

Badly under-rated on release, largely passed over as an over-budgeted curiosity, The Longest Night in Shanghai is an inconsistent film, slow and over-cautious, padded out a little too much, but when it works it absolutely sings - a dazzlingly beautiful, studied, elegant popcorn romance that comes highly recommended.


The Longest Night in Shanghai 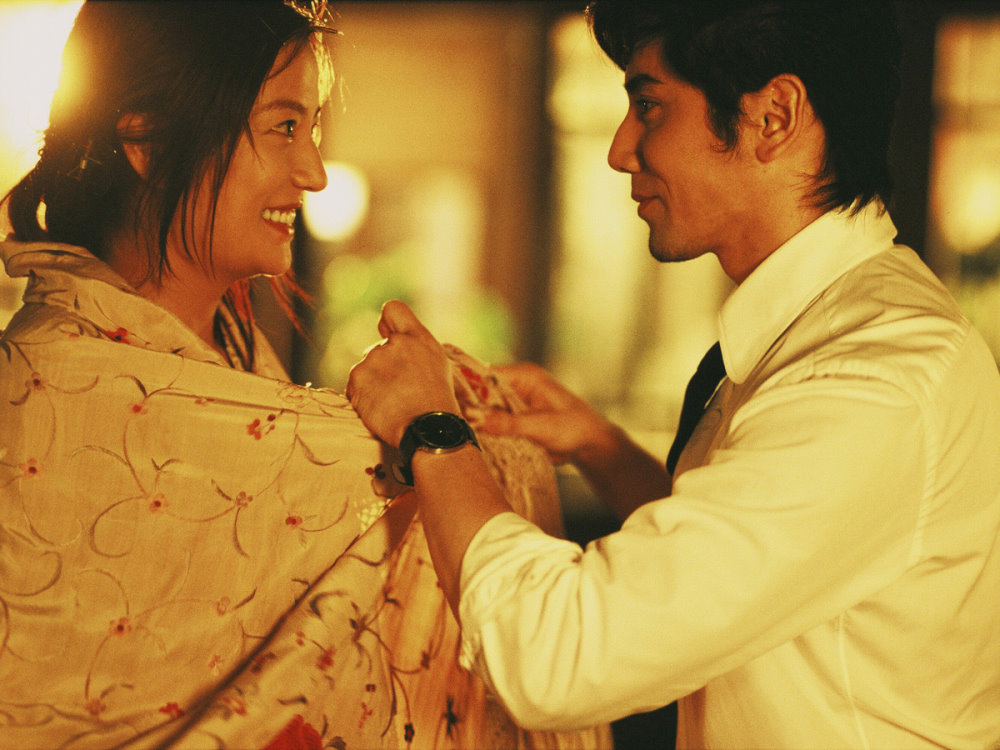 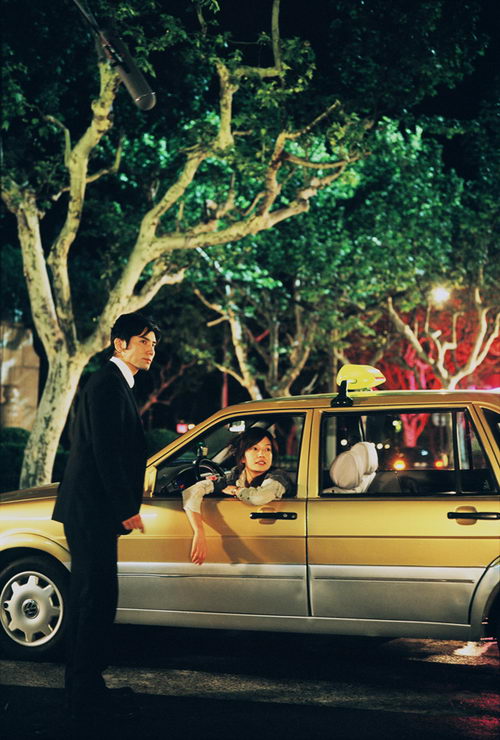 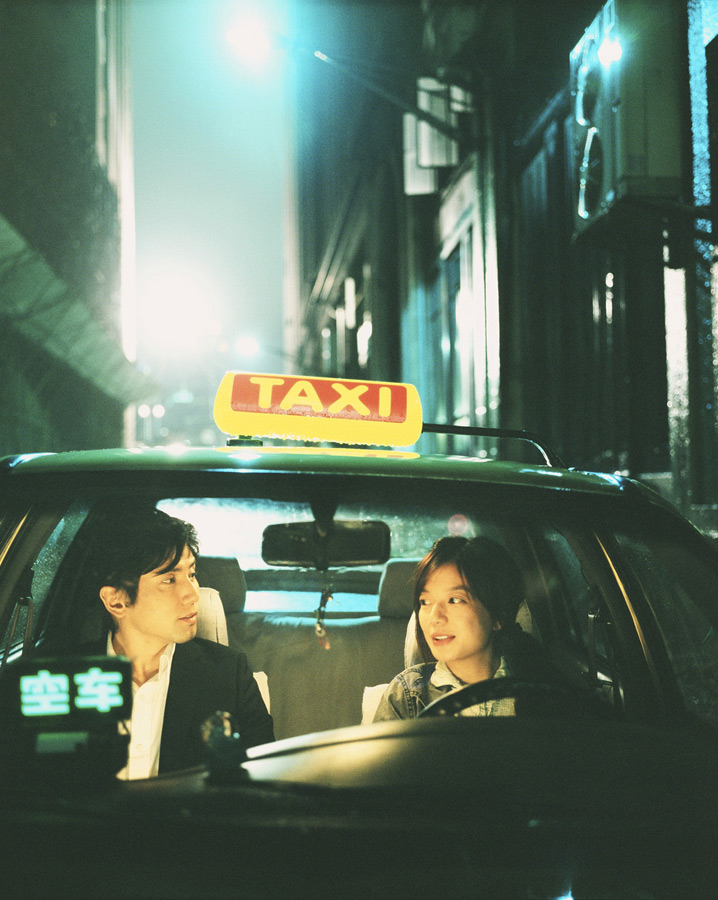 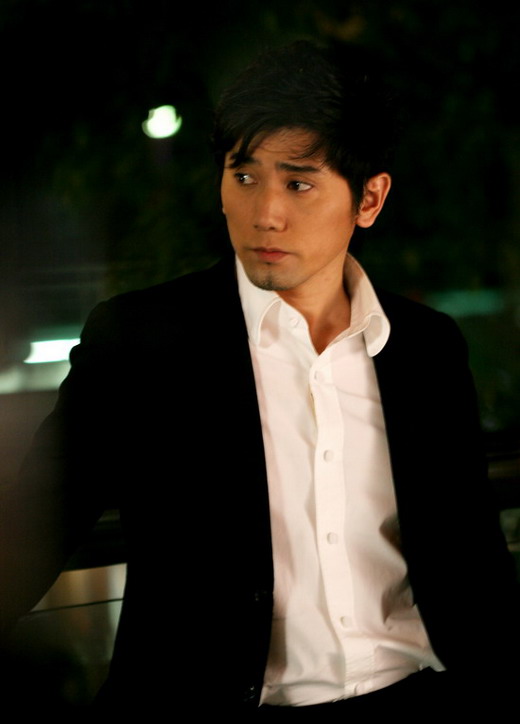 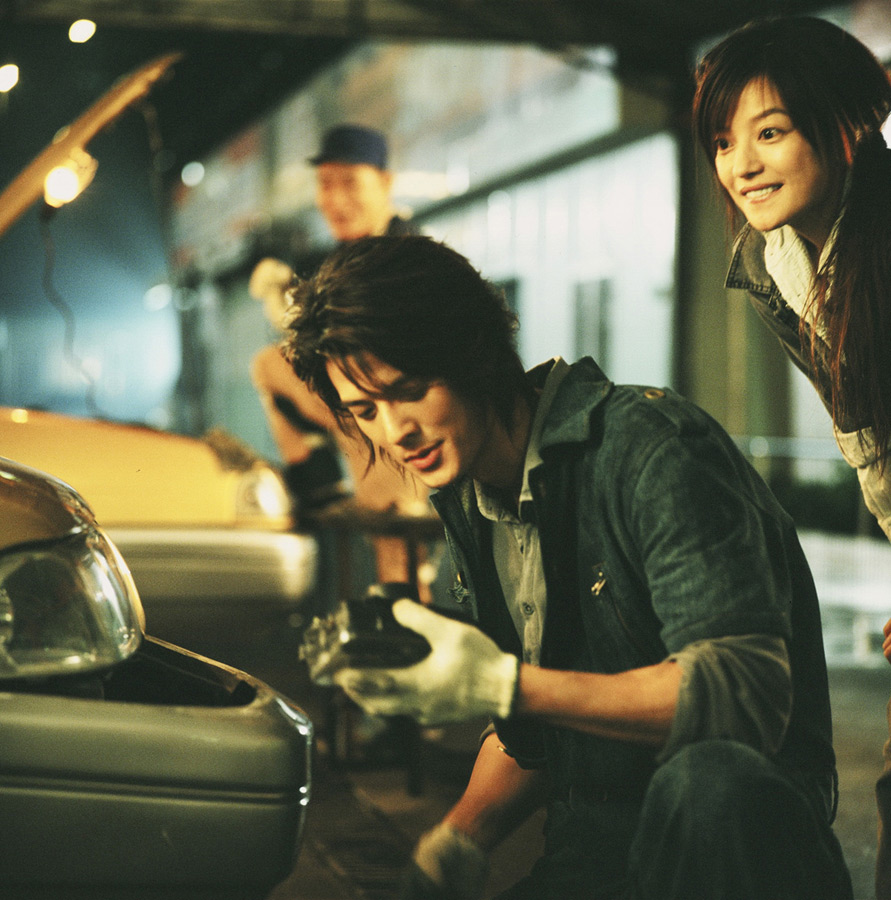 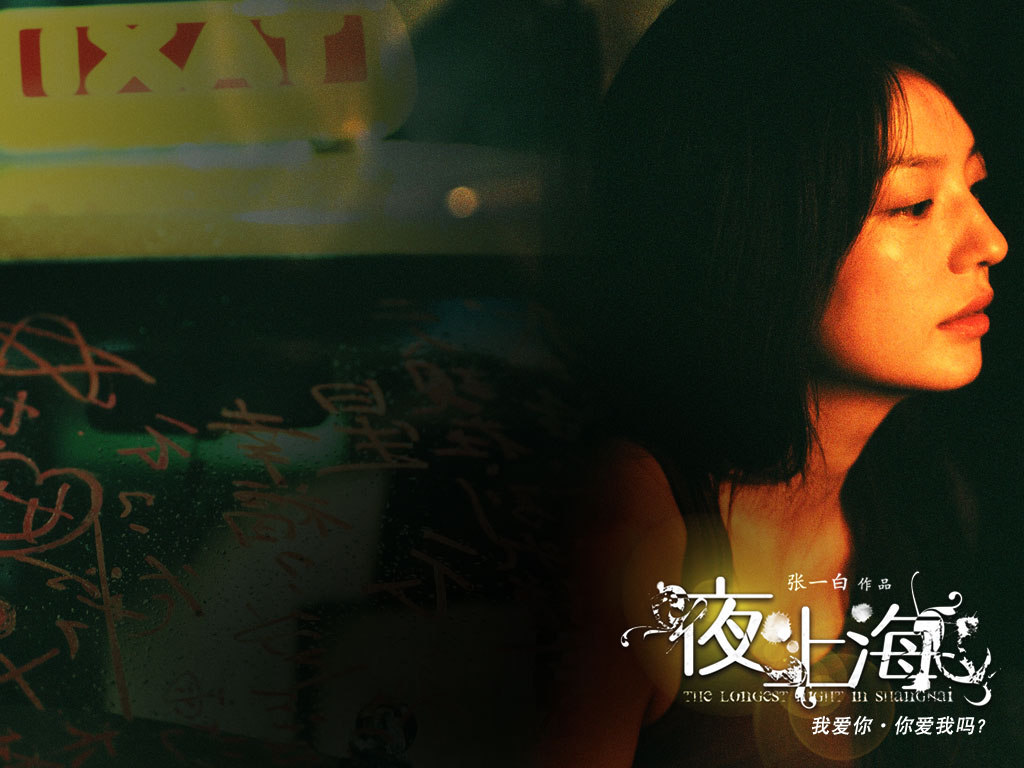 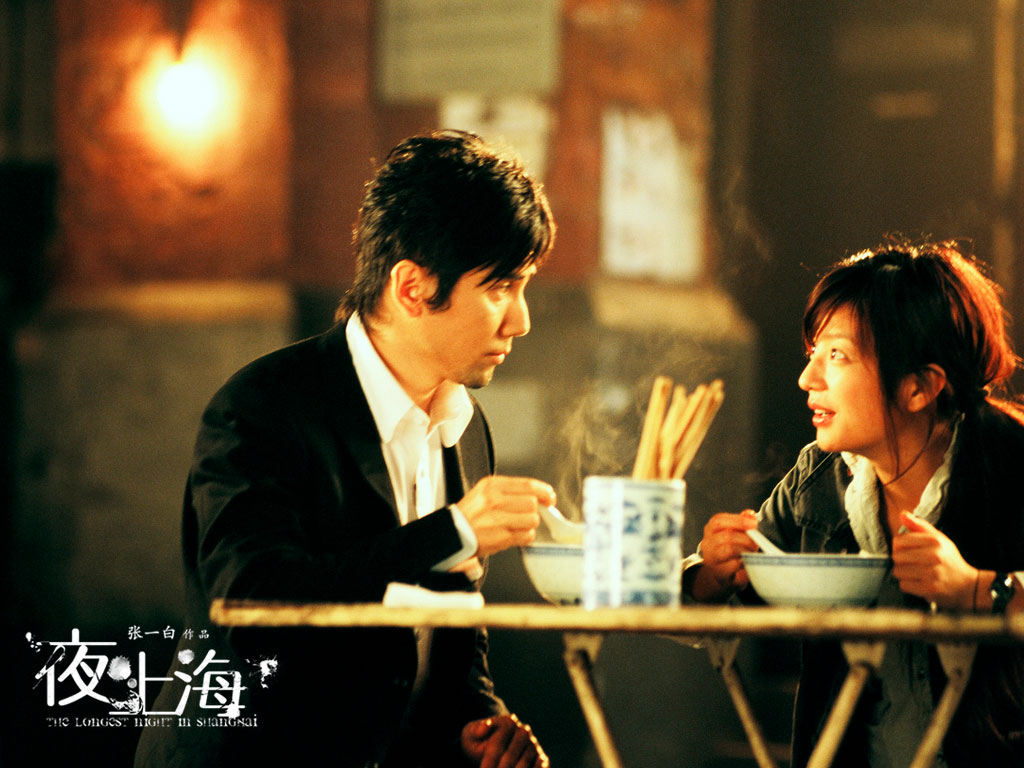 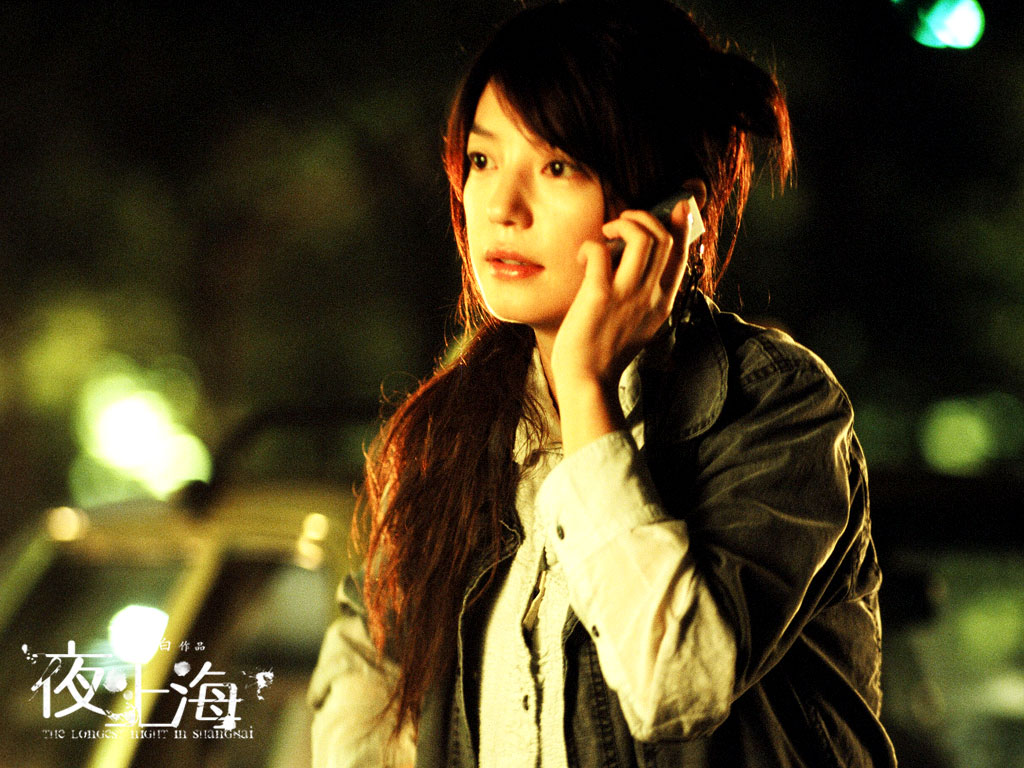 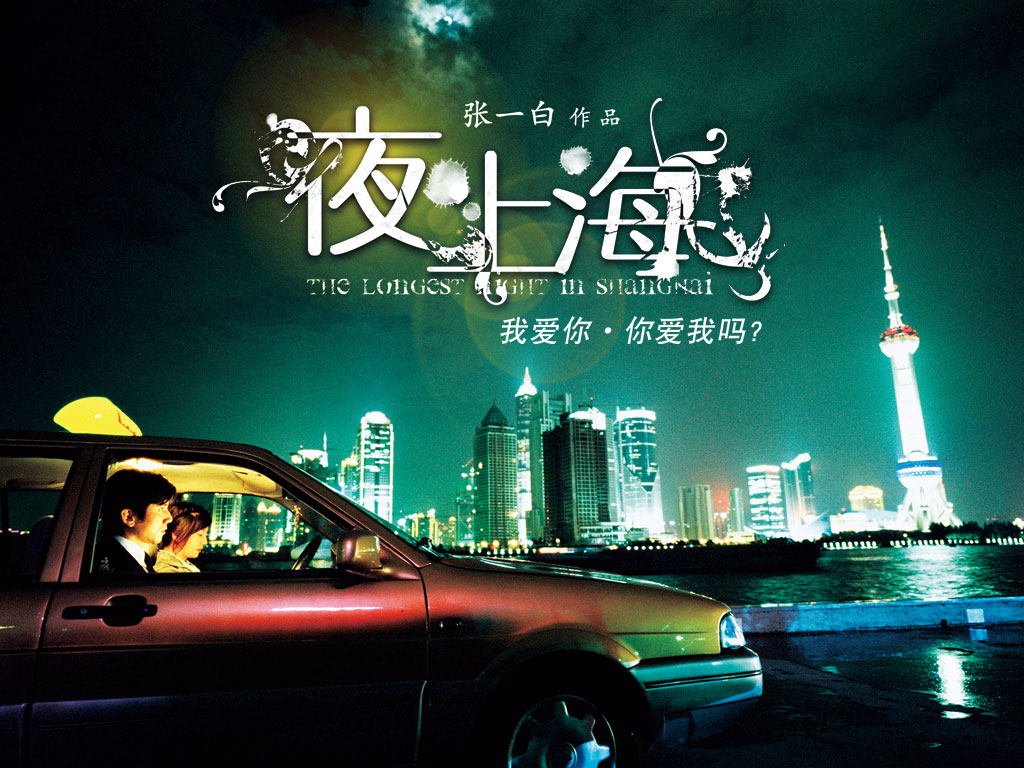