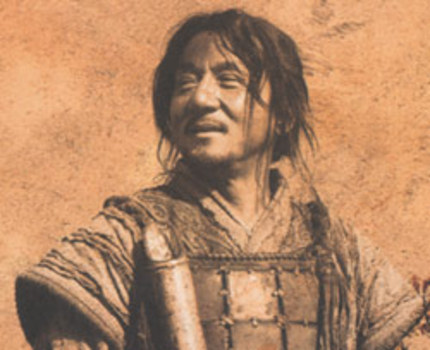 The viewing size is tiny and the resolution is set to SINA Crap-O-Vision but the first teaser has just arrived for Little Big Soldier, the new film produced by and starring Jackie Chan with up-and-comer Ding Sheng directing.  As mentioned in the past, this is a Chinese production and not a Hollywood film and with Chan still giving a damn about his Chinese output, at least, this is definitely the Chan film that matters this year.

Sina's player often doesn't work for those around the globe so I've captured the videoo from there and put it in our own player below.

Oh hell yes. Very interested to see what Ding Sheng does next anyway, but I'm getting Wheat vibes off this one, too, and I mean that as a compliment. Promising stuff. Fingers crossed.

Oh yeah, this is more like it! Finally, some exciting stuff from Jackie.