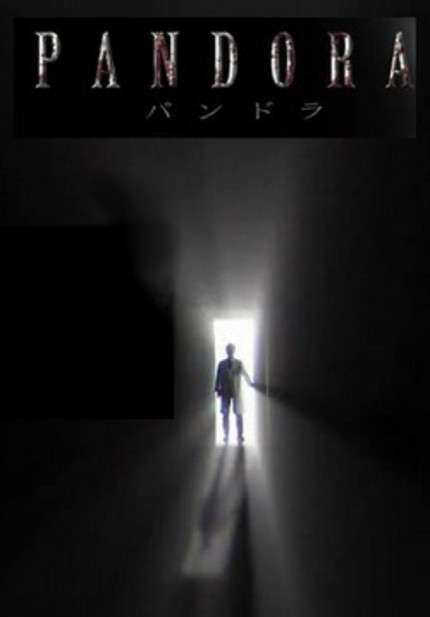 At one time, Pulitzer Prize winner Edna St. Vincent Millay said she loved humanity, but hated people. Other than one of the most prestigious lyrical poets of her era, was she one of those "compassionate misanthropes" as well? Not to play Devil's advocate once again. But, more often than not, it's the opposite that seems to be true. Sure enough, lovers of history will find that it's often humanity that turns some of the best people into victims of the system, slaves of their own environment, or the throne (physical, or virtual) they are sitting on. And it takes great minds to fight the laziness of the masses and do something worth remembering.

For instance, It doesn't really matter if he put the finishing touches on it first hand, or the scholars under his guidance were a little more responsible. But the sole fact something like the hangeul was created at all, essentially eliminating (wait for corny pun.... on paper!) the cultural divide between nobles and commoners, can't help but put King Sejong on a pedestal as one of the greatest rulers of all time. If it was just another king on that throne, the complaints of the ruling class would have moved him to forget about it, pursue a quick solution that only smelled of change. But he fought for it, and now even a six year old kid from the other side of the world can learn the Korean alphabet in a day.

On the other side of the fence, Prince Yeonsan was a very promising king in the making, until news of how his mother was poisoned to death turned him into a crazy despot. But few people until the late 20th Century ever dared to put him into a wider context. He was much more likely a political victim of his ruthless environment, and someone who went to extremes to gain his throne back, more than a foolish mama's boy going batty and turning the whole palace into a playhouse filled with concubines. He sure did his part, but he didn't deserve such a cruel legacy, putting all the blame on him, forgetting the shrewd politicians who ruined the country with their actions. Then again, who wrote the annals, if not the yes men of those same dark knights of dubious righteousness? It's just an example, but look around the world and you'll find countless. Think about it, and you'll even be more surprised at how so many positive events in world history even went through at all. What if, for instance, on that morning of September 28 1928, Alexander Fleming hadn't merely found out something that could revolutionize world medicine for decades to come, but also realized what he opened was none other than Pandora's box?

Suzuki Hideki (Mikami Hiroshi) had his 9/28/28 in the form of a quiet spring afternoon, when one of the monitors in the research center where he'd been wasting the last 18 years of his life showed another, much more shocking number. It was the result he had been waiting for his entire life, the spark of lightning that would confirm he was still alive, worth something to the community, and especially to himself. Up to then, all he could muster up as a life was being ignored by superiors and getting quirky looks from colleagues, laughing in the face of his stubborn losing streak. He lost his family, his friends, his self-esteem; he had not much to show despite hitting his 40s, when others his age are usually playing golf with the kids and shining their nameplate in that new office, after their umpteenth promotion. But that data meant opening a new chapter in his life. He; not someone else on his research team, he discovered a miraculous cure, potentially able to solve the biggest nightmare mankind is facing in the 21st century. Cancer. It was like opening the doors of heaven, seeing the light after so much darkness. Alas, what he couldn't realize was that he just opened that box. パンドラ (Pandora)'s.

It's never easy to establish a brand name focusing on content, especially when you turn to TV and the increasingly competitive and over-saturated nature of the medium. NHK did it with their taiga dorama, the annual tradition of shigeki (Japan's equivalent of sageuk, historical dramas) airing on Sunday nights, for over 40 years. Ever since 1963's 花の生涯 (The Flower's Life) the format constantly changed for what concerns small details, particularly in trying to increasingly attract younger viewers into what was an "adults only" game - especially with their latest, 篤姫 (Atsuhime). But essentially we're still dealing with a very strong brand, which has a much more "educational" slant than the usual jidai geki (period drama), even those focusing on real historical figures. It's much harder, though, when you're channels like WOWOW.

First founded as Japan Satellite Broadcasting in December 1984, what was known as WOWOW ever since 1991 was the first private satellite broadcaster in Japan, and is still one of the biggest names in the pay-tv market, a sort of Japanese equivalent to HBO. Yet, they were never known for in-house drama productions, as their first ever tentative was in 2003, with the first DramaW センセイの鞄 (The Teacher's Briefcase), adapted from the 2001 Tanizaki Prize-winning novel by Kawakami Hiromi, about a love story between a woman in her thirties and a man past his seventies. They continued the last five years airing tanpatsu (short dramas), but were never able (or willing) to shoot a full-fledged renzoku, the longer dramas usually in the 10~12 episode range.

What we're dealing with, in fact, is a premium drama, with the first episode airing for free, and the rest on pay-per-view basis (there probably were options to get all seven remaining eps, or just one at a time). Just that put the spotlight on the show, but looking at the roster they amassed behind the camera, it was easy to feel it was a pretty important moment for the channel. Three directors, with Kawake Shunsaku of わたしたちの教科書 (Our Textbook), Wakamatsu Setsuro of やまとなでしこ (The Perfect Woman) and Kobayashi Yoshinori of アンフェア (Unfair). But particularly one name, writer Inoue Yumiko. It would be difficult to find more versatile and talented writers in Japan than the 1964-born mighty pen from Hyougo.

She doesn't always hit the jackpot, but who can? Even Jung Ha-Yeon had his 조광조 (Jo Gwang-Jo) once or twice in his 40 years career. I certainly haven't seen all her work (hell, even half), but she seems in best form when dealing with very structured stories, either adapted from novels or with a set starting point (for instance, historical events). Her tentatives to catch glimpses, slices of life in her shows aren't as successful, but the real fire of her style comes alive when you're dealing with genre material. She's in fact responsible for what's perhaps the best taiga dorama of the last ten years, the fantastic 北条時宗 (Hojo Tokimune), about the eight regent of the Kamakura Shogunate, during the Mongol invasions of Kublai Khan. Excellent script and acting aside, it also had one of the most insanely cool openings of recent taiga memory (and that's saying a lot. They're all mini-masterpieces).

In her long career she's written love stories, morning dramas for the okasan, Kimura Takuya vehicles, detective mysteries, law dramas, tanpatsu and even a Japanese retelling of King Lear.But it's 白い巨塔 (The Great White Tower) which cemented her in the list of greats, adapting Yamazaki Toyoko's 1960s classic into one of the best Japanese dramas of the 2000s. And this is where those interested in Pandora should start, although a look at the Korean equivalent, last year's 하얀거탑 (The White Tower), wouldn't hurt either. They both do justice to the original novel, but in different ways. The first is a great, big battle of point of views and philosophies, with a pathos that would make Shakespeare proud. The second in many ways is much more realistic, at least in a Korean context, with the central figure Jang Jun-Hyuk (a monster of all monsters performance by Kim Myung-Min) building his White Xanadu to the end, without the need for any Rosebud. It's a tour de force about a man falling into the abyss of his own greed, punctuated by those few moments where he looks back at the good son he could have been, before walking with fire one last time.

Why the Korean version is important, you'll find out in Pandora. One complaint, perhaps the only one about the Japanese version is that you're getting very convincing characters, but it's hard to smell that aroma, that sweat of people. They're walking projections of Inoue's themes, breathing symbolism living into the frame. But it's hard to take them outside that environment, see them as real people dealing with real issues. They're larger than life extremes of the Hippocratic Oath, each given proper space, pomp and circumstance. But they were no Jang Jun-Hyuk. Yet, what Inoue does in Pandora is another evolution, as Suzuki yes fights with ethical and professional issues, but he's much more a player and less of a symbol than any of the characters in The Great White Tower. It's like the bastard child of Jang Jun-Hyuk and Zaizen Goro, part pathetic book worm part devil on a mission. And everyone else in here is just the same. It's a gloomy, insanely intense walk into the dark side of man.

There isn't a single character who doesn't walk wearing different masks of their multifaceted personality. Iida seems like a cute little cat at the beginning, then turns into a ruthless femme fatale right when the shit starts hitting the fan. Even Emi, the lab rat who needs to "save the world," endulges in enjo kosai and even killed a man, her flaws dominating whatever beautiful things lies inside her. If you're looking for ethics and righteous characters, stop now. These are human beings, with their amazing flaws and perhaps even more peculiar and fascinating strengths. They're little monsters fighting around a big, huge fire, pushing each other in to save themselves, stripping all the masks to their bare bones when push comes to shove. It's an impressive collection of man's darkest inner demons, all exploding on the screen for something that could change their lives, but it's too perfect a machine, too burdensome a "paradise" to look better than the hell they live in.

Conspiracies, intrigues, a story that flows like a bullet, and superb acting - particularly the boiling eyes of Mikami, Yanagiba Toshiro's deadpan slant and a scary Kunimura Jun - punctuated by Inoue Yumiko's predictably excellent script and a masterfully organic pace. I kept details to a bare minimum on purpose, because this is the kind of show you need to devour all in one take, going in without knowing much to fully appreciate it. But if you decide to open that door, you might find one of the best dramas you'll see from any country this year. Just this time, opening Pandora's box might just be the wisest of decisions....