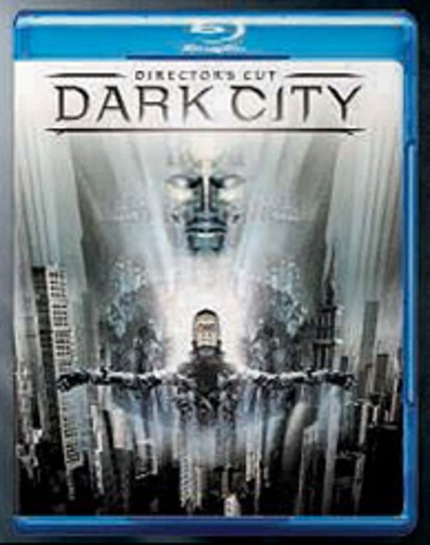 With the immanent release of the Dark City Director's Cut onto DVD, at last, here is an interview I did with Mr. Proyas on it and more. We delve into discussing the state and history of genre filmmaking, genre film festivals (especially Sitges), science fiction cinema and more! There wasn't much to talk about on The Knowing at the time, so I instead I got a question in on Dracula: Year Zero.

BLAKE: What can you say about the Dark City Director’s Cut DVD?

ALEX PROYAS: (Laughs) It will come out one day! It has been just silly. Part of what happened initially was that Roger Ebert, who did a commentary for the new version, spilled the beans at a very early stage, way before we even started. I think I showed him a couple of rough cuts of it that were floating around and we had a window of opportunity with him to do a voice over. He then of course proclaimed that this director’s cut was coming out, which was great and I’m very grateful that he has been so supportive of the film over the years, but it let the cat out of the bag and from that point forward all my life was made a living hell because people would constantly ask me what’s going on. I even had one guy come on my website and abuse me because he promised someone a Christmas present and he didn’t know what to get them and it was all my fault. Even though I don’t think I deserved that abuse I do think some people are very passionate about films and I took that as a positive.

It’s all done and everything is finished. It has a bunch of different programs we put together. The film itself is about 15 to 16 minutes longer than the original theatrical cut.

BLAKE: What is the biggest difference between it and the original?

ALEX PROYAS: The general pace of the movie is quite different. The director’s cut more or less is the version I had originally sent out when I was first testing the movie. We had problems in testing and it’s why the studio had us add in the voice overs, which I thought was rubbish really! My instinct then was when something wasn’t playing right to speed it up and I’ve never been happy with that, so this version is back to a more leisurely and thoughtful pace it was meant to be. The voice over from the beginning is gone of course. There is also a few scenes added back that were ditched that I think are perfectly good scenes and I have no idea why we dropped them then.

I’m really happy with it! You’re allowed into the world more and you have more time with its characters. Literally almost every scene has another line of dialogue or stuff at the beginning or end. Some people may not notice a difference, but I think you should still feel a difference. I like it a lot more than the theatrical cut.

BLAKE: Did Dark City play at the Sitges Film Festival?

ALEX PROYAS: It didn’t. The Crow did in 94 and my first movie Spirit, which I made in the late 80’s.

ALEX PROYAS: Yeah well, Ridley couldn’t make it… so? Talking about the cities of the future does seem to be a theme of the 40th Sitges.

BLAKE: What were your thoughts on the 40th anniversary of the Sitges Film Festival?

ALEX PROYAS: I think it’s quite an impressive showing really! For me the interesting thing is the evolution of the fantasy genre, science fiction, horror and everything else in that period of time. It’s roughly the same period of time that I’ve been watching fantasy films.

To me this is a great festival. My first movie was shown here and I’ve always wanted to come here to check it out and see what it’s all about. I’ve been to quite a few fantasy film festivals and they all have their own unique flavor. They are all crazy in their own way.

I ran into the guys here from Brussels (BIFFF) that I went to a few years ago and it seems they all go to each others festivals scouting out what movies and filmmakers they want to bring in. It’s its own world the genre cinema and it’s always encouraging to see the amount of passion and excitement behind all the people that put these on.

There is an energy about these films that seems to be a common thread. You can walk into an art gallery for example with all these disparate works but there always seems to be that one common thread holding it all together. I think it’s the same with film festivals that there is this attitude about the work that can bring all these disparate films together and the identity that can be created.

Now, as you say yourself with the amount of programming out there, no one can keep up with the voracious production and appetite people have for these sorts of movies, which is great!

BLAKE: Speaking of this latest wave of genre cinema, what are your thoughts on it?

Mind you that I do like a good zombie movie and we had Romero, the master of zombie movies at the 40th Sitges.

Overall, I’m very encouraged by the way things are going right now and I feel very lucky to be making movies because the genre I like and make films in is considered most importantly bankable by studios. The studios don’t look at me like a lunatic when I walk in. They welcome me with my crazy ideas about the films that I want to make.

I don’t know what I’d be doing if I was making movies 30 years ago. I’d have to be doing other genres that I wasn’t as interested in.

I grew up reading a lot of science fiction and even now we still aren’t at the point where we can make really hardcore science fiction movies. This is really my genre of choice.

I guess genre at the moment in movies is much more heavily influenced by comics and horror, which are the two major strands going on and I wish I could swing it solidly to science fiction.

Doing a big space opera is something I’ve always wanted to do. To this day it’s still tough to convince the powers that be to go in that direction. I’ve always dreamt of doing The Stars My Destination by Alfred Bester or something like that. We are just not there yet.

I’ve been talking a lot lately about the new technologies used in films and how it’s bringing things to being more in our reach as filmmakers. Things are becoming more affordable and we don’t have to spend 100 million dollars, we can spend 50 million dollars and it still looks just as good. I think you can have these grand visions and achieve them and I hope this process with continuous new technologies keeps moving forward.

BLAKE: It also seems there always needs to be that one film that breaks through in a particular genre as well. With science fiction I just don’t know why we don’t have more.

ALEX PROYAS: I don’t think people understand the genre. You really have to grow up reading it because that is where all the cool ideas originated. I think studios that are in the position to green light these projects instead pick genres based on other movies.

I love Star Wars but A New Hope is a pretty straight ahead no frills shoot ‘em up. George Lucas has layered each subsequent movie with a great deal of complexity and I don’t think it’s the complexity that I certainly got from literary science fiction.

Successful movies are like pop songs – very simple structurally and they avoid the danger of being over complicated. Sometimes these baroque ideas of literature don’t wed with the 3-act structure of your typical commercial movie.

Dark City is a great composite of a bunch of ideas and influences that came from written science fiction that I shaped into it’s own movie. I felt doing it that way I had a better chance of making a solid narrative in movie form. This is often the way instead of adapting things specifically we end up being more just inspired by material. I did the same with I, Robot, which was more an inspiration than a direct translation.

BLAKE: And your upcoming projects like Dracula: Year Zero?

ALEX PROYAS: Now, I don’t know where this rumor came from for the Silver Surfer and I wish online sites would take it down like the IMDB, which people take unfortunately as the defining voice of what filmmakers are always doing.

I have Dracula: Year Zero at Universal and it will be one of my next films. It could be described accurately as a prequel to Bram Stroker’s Dracula. It really is about the origin of the legend as opposed to a true-life story of Vlad the Impaler, but not like this recent Halloween. Dracula is sort of an ethnic myth really and that is the way I describe it. He is a tragic character who has to sell his soul to save his family and his kingdom and then become the monster we all know.

Sitges Film Festival
Dark City Director’s Cut coming sooner than you think. Good times are to be had by all.
Dark City: Rumblings of Director’s Cut (again)
First Details On Alex Proyas’ KNOWING