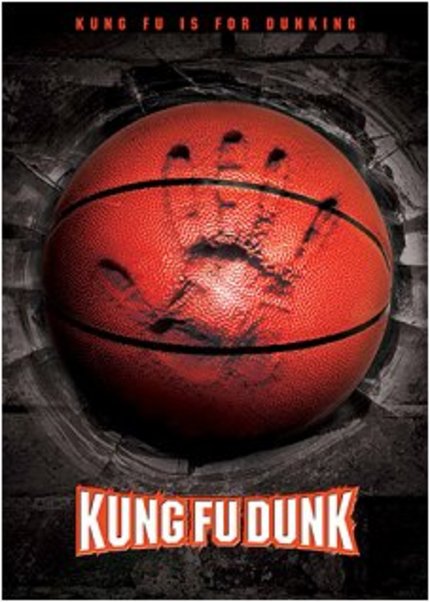 This project was originally conceived as the movie version of popular Japanese manga SlamDunk! and that's not something new to Jay Chou, who made his movie debut playing a character from another wildly popular manga Initial D. Along the way, it was decided to incorporate some kung fu into the movie, so hence the title, even if the idea wasn't very original, with Stephen Chow's Shaolin Soccer coming to mind with martial arts and ball games combined.

However, and thankfully, those scenes where kung fu actually influenced the games were kept to a bare minimum, and in Kung Fu Dunk, really quite unnecessary, because they don't add much to the plot nor drum up much excitement, and at most offered some cheap laughs and reminisced about the time when Stephen Chow used kung fu in football games. Jay Chou is comfortable in his role as a martial artist Fang Shi-jie since it's not the first time he fought using martial arts (Curse of the Golden Flower anyone?), and under the stunt direction of Ching Siu-Tung, he was made to look really believable as he trashes countless of gangsters in a bar as seen in the trailer, just to let you know who's boss.

That was almost why his character is made a kung fu practitioner, and for the fact of giving him an excuse for being a top shot, able to shoot the hoops from practically any angle. And with Eric Tsang as a small time hustler Chen-Li who sees his potential and becomes his agent, he joins a university to play varsity basketball, but not without the initial objection of team captain Ting-wei (Chen Bo-Lin) and team star Xiao-lan (Baron Chen, in his big-screen debut). But you know with team members on the same side, it's not before long they combine their strengths to take on adversaries on the basketball court.

And I will stick my neck out to say that this movie is to basketball just as how Goal! was to football. It made the sport look good because of its charismatic characters, despite them dripping so much coolness and aloofness on the courts. Here, special effects and wire-work were employed to make the actors seem like professionals who can take out a top side in the NBA league, and in all honesty, really looked stunning, especially when they mimic various dunking moves, and performing combo-moves thanks to technology and stunt work. So in actuality, the kung fu elements don't really have to be in the movie. The stunt work itself will be able to justify most of the moves as they're quite grounded to reality, only having you to suspend belief that boys of average height have springs in their feet to leap that height for a professional dunk.

Pity too that the number of games were only a handful, with the time spent on plenty of subplots, but each were loosely developed and flitted in and out of the story as and when they please. Things like the abandoned Shi-jie's quest to use the basketball games to get his parents to one day attend them, that of gangsterism penetrating and influencing games, and his love life with Charlene Choi in yet another flower vase role just to look good and do nothing else. Everyone's acting a little too cool, leaving little room for main characters to add depth. One of the key themes here is the realization of the importance of teamwork rather than on individual talent and ability, and it could have been brought out much stronger if the players themselves interacted a lot more off the court, than only on it, and during competitive games, apart from the high-fives and friendly passes.

With the US$10 million budget, it is easy to see where the money went to - the effects, in particular, a massive fantasy sequence at a crucial point in the movie. It's quite flawless, nice to look at and probably justifiable on its quality alone, but again I like to emphasize, that even without those elements, the basketball stunts itself would still make this a decent movie with nifty basketball moves. And having Jay Chou playing for your team is a big boost to any hopes of a box office success.