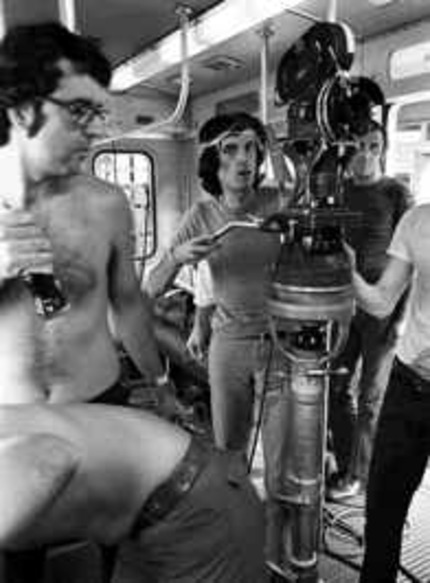 ScreenAnarchy has (as do many sites) a relationship with NoShame's USA arm which goes back to their relatively recent inception and shrouded-in-mystery demise, or should I say apparent demise. People have been scrambling to pick-up DVDs from their reasonably prolific output of USA DVDs in recent times, fearing the worst and predicting they'll be permanently OOP soon as there was no true and concrete sign NoShame would be back from a regrouping of their business, or from an apparent trip to secure USA rights for further releases - well, in with the rumors that had been flying around forums in recent months, there was a mention for a wider release for a TV Series of four hour-long films partly directed by Argento in his earlier career years, under a few different names as it happens, that has appeared in a scarce Dragon DVD over in Germany in years gone by. I've that set stuck away somewhere, but many didn't get their hands on one of those several thousand sets, many have some to Argento (as they will) since. Here's your chance then.

I will wait to hear more specific and detailed information about any permanent resurrection, but for now this listing seems to confirm we could hope for a revival of the company... I hope, this time around, that they continue some of their excellent choices with genres favored by American audiences, and that some of the weaker stuff few obviously connected too will avoid any other difficult times in their future - they've been a great source of some classics, and a good example (quite often) of how to go about things in terms of providing supporting information on a reliable basis.