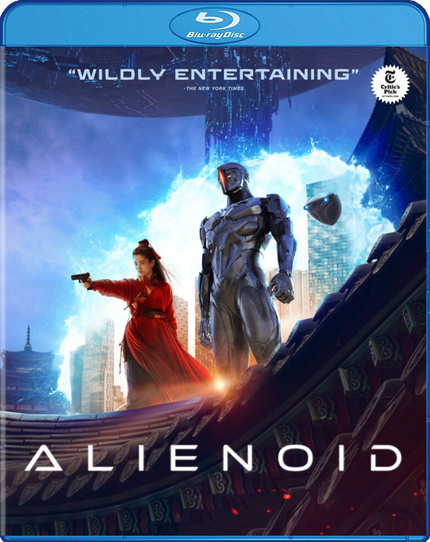 Our friends at Texas-based specialty distrbutor Well Go USA have been gracious enough to provide Screen Anarchy with three copies of Korean sci-fi action gem, Alienoid, for giveaway this week!

Somehow the film managed to slip through our fingers when it released a few months back, so we don't have a review handy, but here's what they have to say about it:

Everything about that sounds like a whole lot of fun to me! If you would like to be entered into the contest, send an e-mail to josh [at] screenanarchy [dot] com telling me your favorite non-English language sci-fi film of all time, as well as your name and your US address (domestic only, please). I can't wait to hear what you have to say! We'll select a winner on Friday, December 9th. In the meantime, check out the trailer below

Do you feel this content is inappropriate or infringes upon your rights? Click here to report it, or see our DMCA policy.
Dong-hoon ChoiYoon Byung-heeLee Dong-HeeKim Eui-sungActionAdventureFantasy