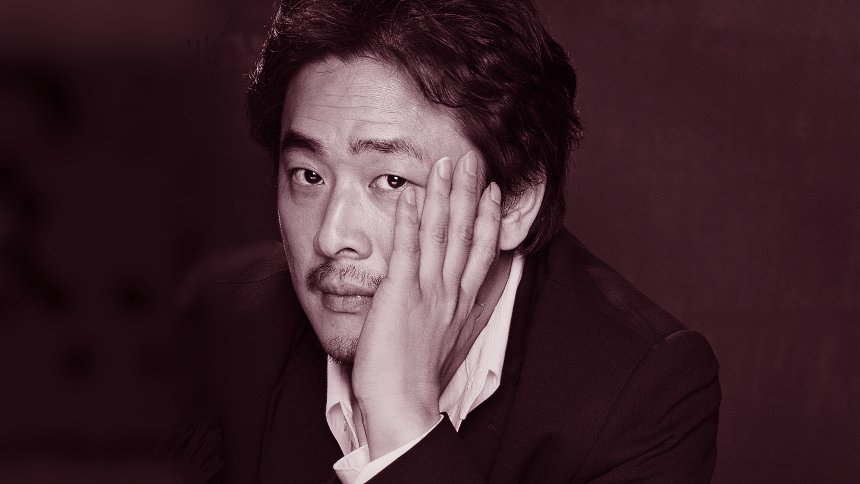 In the article series Sound and Vision we take a look at music videos from notable directors. This week we look at Lee Jung-hyun's V, (co-)directed by Park Chan-wook.

One of the most under-appreciated aspects of Park Chan-wook's directorial work is his penchant for Gothic flair: it's heavily on display in The Handmaiden and Thirst, but there is also a reason why his english-language debut was called Stoker. The Gothic anti-hero, full of yearning and horror is present in most of Park's work, but there is also the use of tropes directly out of Gothic horror: from the many instances where creepy puppets or marionettes show up, that evoke E.T.A Hoffman's Der Sandmann, to the vampires in Thirst.

Thematically Park's work is heavily informed by the dynamic between men and women, and the way in which they can hurt each other, inside and outside of relationships. Heteronormative relations are full of dread and horror in the work of Park.

Both aspects of his work are perfectly on display in his music video for Lee Jung-hyun's V, which was co-directed by Park Chan-Wook's brother, Park Chan-kyo. They directed it under the moniker PARKing CHANce, a play on the similar parts of their respective names. The story of V is quite simple. A man walks into a haunted house, and gets confronted with his ultimate horror: a ghost bride he can't escape. The horror of the heterosexual relationship with a dash of Gothic horror. Tying the knot turns into a very literal horror trope here, that again invokes a lot of puppet-imagery.

V is also one of the funnest and funniest things Park has ever done. The ghosts skipping rope without any feet is a striking but hilarious image. There is a zany insanity to the whole ordeal, which culminates in Lee Jung-hyun's horror bride humping the scared protagonist.

There is also a shorter version of the music video, that mostly focuses on the choreographed dance sequences. It's a joy to see Park direct a song-and-dance-number, as his films are always expertly choreographed and blocked. Musicals are a natural fit for Park. Like a good marriage between director and material.