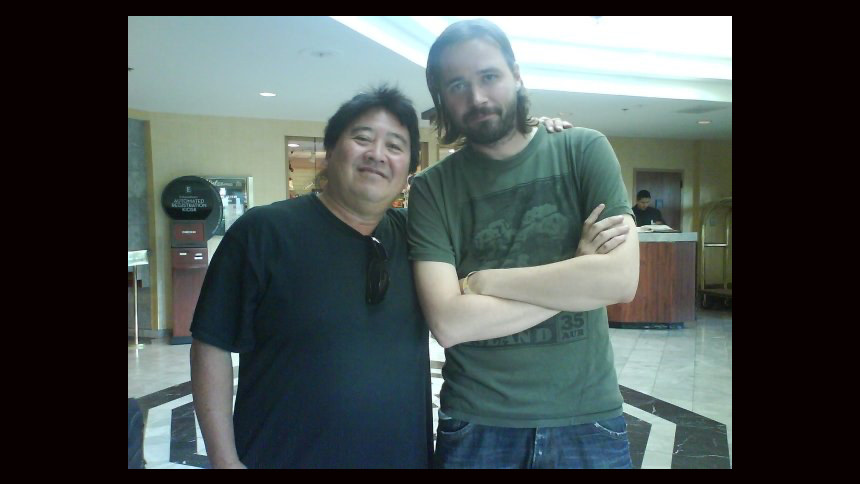 Filmmaker Albert Pyun has died, according to Variety and other sources. He was 69.

Our friend Swarez, a past contributor to our site, shared the photo above when Pyun announced his early retirement from filmmaking due to health issues. Swarez noted: "I've been a fan of his films for years and had the good fortune of meeting him in Austin a few years ago. It was a thrilling experience and one of the few times I've asked someone I admire to pose in a picture with me, a picture taken by actor Michael Pare no less."

Swarez was not the only Pyun fan here at the site. Todd Brown, our founder and editor, frequently expressed his admiration, wrote about his films, and shared news items over the years. Among our other editors, I know that Andrew Mack and Josh Hurtado are likewise big fans of the director's hugely energetic style.

Before Pyun retired, our contributor Charles Webb shared a few words he had with him about the re-release of Cyborg, arguably his best-known film, in part because it launched the career of Jean-Claude Van Damme.

Pyun also directed his much-loved version of Captain America before Marvel, as Josh Hurtado wrote about here. Search for 'Pyun' on our site and you'll find many more example of our undying enthusiasm for his unbridled enthusiasm and the explosive (?!) joy he brought to genre films.

Condolences to his family and friends.