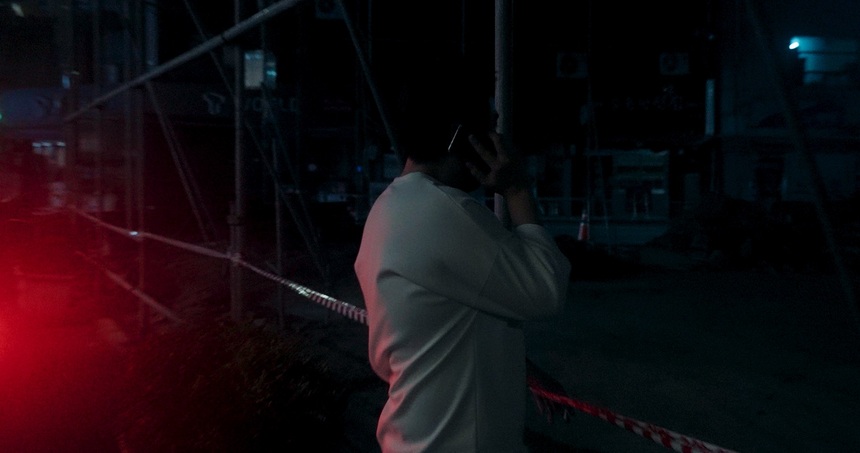 Two years after the documentary Self-Portrait 2020, the best new Korean film at the 25th Busan International Film Festival, director Lee Dong-woo has returned to Busan with another long and engrossing portrait of a man whose addictions are causing his life to spiral out of control.

Following the subject Self-Portrait 2020, a homeless drunk savant with cinematic aspirations, Lee turns his attention to an old film school classmate in Sagal: Snake and Scorpion. This new film once again features lengthy intercut scenes of its protagonist talking with director Lee (whose voice is seldom heard) while going about his day.

The film also enters the same moral grey area as its subject frequently engages in dangerous and illegal behaviour. However, after the experience of his last film, Lee has become increasingly conflicted about what his role as a filmmaker is.

With each film he hopes, that his being by his subject's sides, will eventually help them to emerge from their downward spiral. But in each case his camera seems to enable them to behave worse. There's a certain performative aspect to their on-screen self-destruction.

In too deep, Lee attempts to extricate himself, mentioning several times that he will stop making documentaries, only for the film to continue. Through the dry black humor of the simple lines of text that link the various days he spends filming his friend, Lee seems to realise that his chosen vocation is another form of addiction. Is he really any better off than his subjects, who he spends all filming and drinking with?

At the start of Sagal: Snake and Scorpion, Lee has just resumed contact with his film school classmate, who is ten years older than him, after the former calls him asking for money. A sports gambling addict, Lee's friend is hopelessly in debt, borrowing small snatches of cash from any possible source to cover the money he owes to loan sharks.

He drinks, chases cash and gambles it all away again, a vicious cycle that soon turns him into a loan shark himself. He then goes around hassling family members and co-workers of debtors as he tracks them down, often even riffling through their unopened mail. When he does manage to eek some cash on them, he fiddles it away on more sports bets before the day is out.

This may sound dark and off-putting, but the truth is that Lee's friend is a very watchable character. His situation may be bad, but he always has a smile on his face and he is intensely social. His interactions with Lee and other degenerate gambling friends are repetitive but they're also hypnotic.

Lee's last two films are both quite long, but while the scenes cover similar territory, it's a choice that ultimately helps the films. As Lee's friend makes the same choices and drinks day after day it's hard to look away. The film's black comedy sometimes emerges through these repetitions, like how Lee's friend keeps asking him if he wouldn't mind pawning his camera.

But if Director Lee feels bad about what his role in the destruction of his characters is, what about us? It would be hopelessly naive to expect them to get out of their ruts, and we enjoy watching them at their lows. So to what extent are we complicit? Lee may be the one filming, but no one forced us to watch.

Sagal: Snake and Scorpion isn't quite as unique and striking as Self-Portrait 2020 and it loses a little steam in its last half-hour, but this is once again a uniquely compelling work. It's a bit like a verity version of Bad Lieutenant, only the story for this particular degenerate never ends.