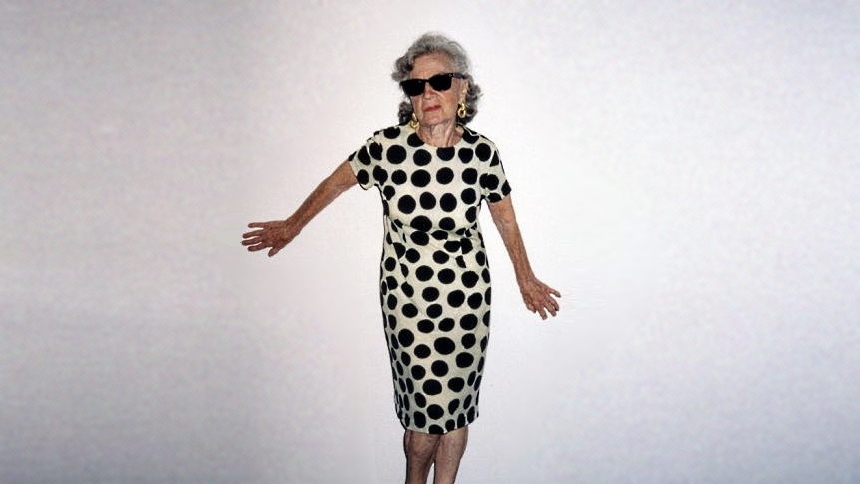 In the article series Sound and Vision we take a look at music videos from notable directors. This week we look at To Live and Shave in L.A's The Plot That Failed, directed by Doris Wishman.

Noise rock musician Tom Smith was buying a sex toy for his girlfriend when he recognized the woman who sold him the erotic device: none other than Doris Wishman. The infamous director of sexploitation fare like Double Agent 73, Let Me Die a Woman, Bad Girls Go To Hell and Nude on the Moon had fallen on hard times and was now living in Miami and working at 'The Pink Pussycat', a sex shop. The first thing she asked Tom Smith was if he could loan her some money to make a new feature, but Tom Smith had a better idea. He asked Wishman to shoot a few things for the first E.P. of his new band To Live and Shave in L.A, which was called ''Spatters of a Royal Sperm".

Among the entourage of acolytes that had gathered around Wishman was none other than director Rodney Ascher, who later directed cult documentaries like Room 237, The Nightmare and A Glitch in the Matrix. In an interesting article for the Miami Rail both Tom Smith and Rodney Ascher talk about what the later years of Wishman's life in Miami were like, and about her circle of friends and admirers. Ascher was the camera operator during the shoot for the videos of "Spatter of a Royal Sperm". The project itself was never finished by Wishman herself. In 2020 Ascher finished and remastered the project, focusing on the song The Plot that Failed. He also made a short documentary about the project, Doris Wishman Directs a Music Video.

The video itself has a lot of imagery you would have come to expect of Wishman. An obsession with feet that would make Tarantino blush; cutaways to random objects and animals; hand-held camerawork; scantily clad women and men, and erratic editing. The most striking image is left for last: a split-second cameo by the director herself, almost acting like a ghostly presence overseeing the now finally finished project from the grave.