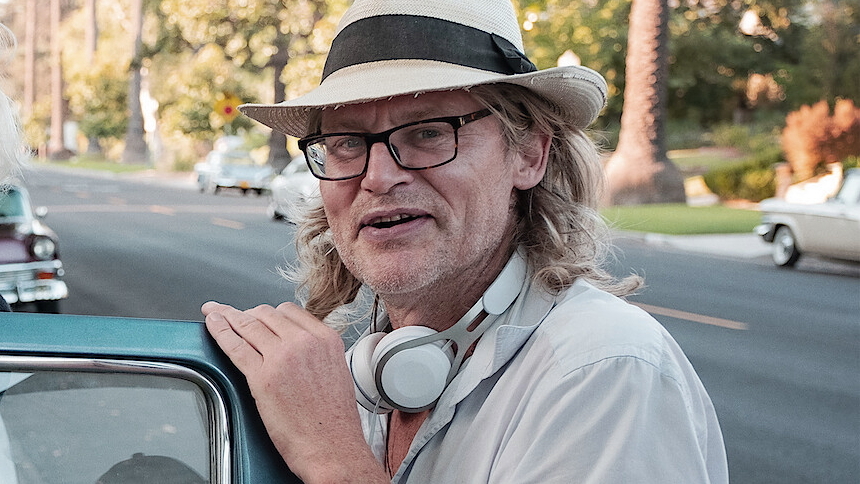 In the article series Sound and Vision we take a look at music videos from notable directors. This week we look at Crowded House's Fall At Your Feet, directed by Andrew Dominik.

Andrew Dominik's newest film Blonde will be released this week on Netflix. It isn't the only film this year from the director of earlier masterpieces like Chopper, The Assassination of Jesse James by the Coward Robert Ford and Killing them Softly. Earlier this year the second film Andrew Dominik made with Nick Cave, This Much I Know To Be True was released in cinemas. Dominik met Cave in the eighties through his then-girlfriend, who was the most recent ex of Cave at the time. Cave even wrote a song about the woman in question, Deanna Bond. The two men became fast friends, well before Andrew Dominik started out as a director.

Officially Andrew Dominik's first release as a director is Chopper from 2000. But before that he cut his teeth on music videos and commercials. It's hard to find information on which commercials and music videos were directed by Dominik, but one that is for sure by his hand is the music video for Crowded House's Fall At Your Feet, from 1993. To be frank: Fall At Your Feet isn't Dominik's strongest work as a director. Dominik's messaging can be blunt at times, but he has a way with visual metaphors that is lacking in Fall At Your Feet. The music video is disappointingly literal at times, for instance showing water falling down when Neil Finn sings about rain. There is also a kitschy quality to the imagery and set design that is a far cry from the striking imagery of some of Dominik's later works. It took Dominik some time to mature as a director. His music-centric work for Cave, with One More Time With Feeling and This Much I Know To Be True has been stunning. Both show a command of symbolism and craft that was not yet really present here. Here's hoping he will one day make a music video for Nick Cave, outside of these long-form concert films.