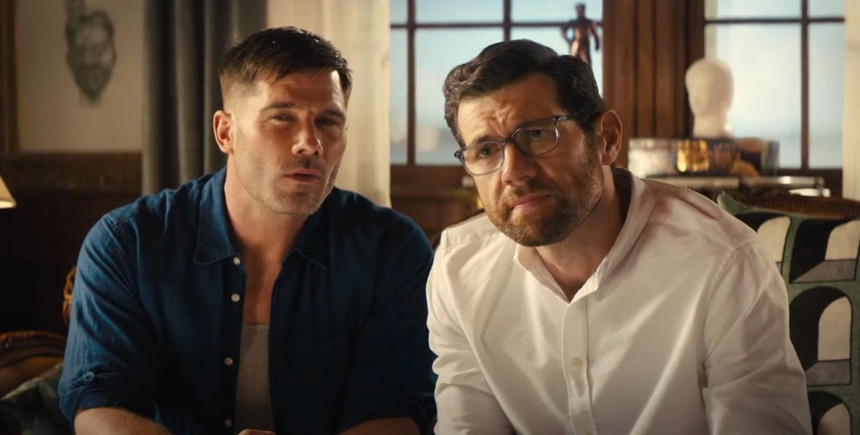 Bros is a something of an atypical film for ScreenAnarchy to cover. But then again, we've never seen a film quite like Bros. It's a mainstream, queer, romantic comedy, made by the queer community, with the queer community, and for the queer community. If those outside that community get something out of it, that's great, as it's time for us to translate a story as queer people have had to do for decades - and there's really everything to love about this film, both in how it both adheres to the romantic comedy formula, and skewers it, as it skewers rather tired straight/cis notions of love, identity, friendship, and community.

This isn't the first queer romantic comedy we've had this year (that honour goes to the equally fabulous Fire Island, released on Hulu this past spring), but coming from some of the team behind films like Forgetting Sarah Marshall and Bridesmaids, you can take a guess as to the angle and tone fo the humour - or at least, you think you can. With a cast almost entirely from the LGBTQ+ community, co-writer and star Billy Eichner (The Lion King, Billy on the Street), brings his own stamp to this: you should definitely expect smart, broad comedy, but make no miskate, this is both loving towards and skewering of queer community and life, in the best way possible. Director and co-writer Nicholas Stoller (Get Him to the Greek, Neighbors) brings his signature, but mainly lets the story, and the cast, take it to its hilarious heights.

Bobby (Eichner) is a writer, podcaster, and now director of the soon-to-open LGBTQ+ museum in New York. He's neurotic, intelligent, happy (or claims to be) with his single life of random hook-ups and complaining about, well, most other people and the pressure to conform to heteronormative, and then queer, expectations of being partnered. Then he meets Aaron (Luke Macfarlane), a very buff, bro-type who is exactly what Bobby claims to hate, and yet - surprise, surprise - they start falling for each other.

As Bobby points out to a Hollywood executive who wants him to write a gay romantic comedy for everyone, 'love is not love' - that is to say, negotiating sex, dating, love, friendships, marriage, children, is all different in the queer community, and Eichner immerses us in this world. It's a world too often portrayed, even in indie cinema, as something akin to heteronormativity. There is more variation in queer life, and Eichner finds a way to showcase this, through humour and gentle (and not so gentle) needling of how these politics are negotiated. 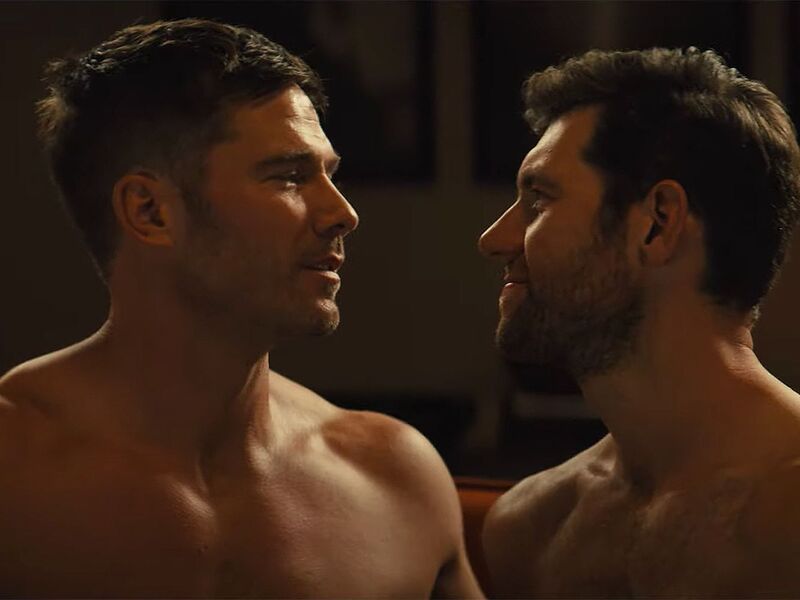 Make no mistake, this romcom is full of all the heart you want from this genre of film; but it adds to this the fresh perspective that the genre has been (with a few exceptions) sorely lacking for years. Neither Bobby or Aaron fit into the stereotyped identities that the queer community fixes on them, even as privileged cisgendered white men. Aaron helps Bobby learn the joy to be found in relaxing into life, while Bobby helps Aaron understand that he doesn't have to conform to a dull and unsustainable ideal.

Since neither of them wants to follow the straight path in any way, we get to watch them form a path that works for them as individuals and a (possible couple), an opportunity afforded to them within the queer community. Eichner truly does make learning about the different voices in the queer community, queer history (both the tough and the amazing) important and interesting, as the wonderful (yes, I'll get cliché here) rainbow around this rom-com package.

Everyone in this film is pitch-perfect, and when the audience isn't cooing over this adorable couple, they're laughing as hard as I've heard at the movies for a long time. Eichner is a master of moving between the comedic, in one film delivering a truly exception monologue on growing up gay in a world that still sees anything queer as 'other', and giving us some hilarious physical comedy as he attempts to be a tough guy at the gym.

I don't write this lightly, when I say that Bros truly is reinventing the rom-com wheel. This is a thoroughly modern, thoroughly queer manuering of the genre into a much-needed new space, one that doesn't skimp on either the humour or the romance as it plays (as it should) for its community, and invites those outside its target community to gleefully come along.

Do you feel this content is inappropriate or infringes upon your rights? Click here to report it, or see our DMCA policy.
Nicholas StollerBilly EichnerLuke MacfarlaneKristin ChenowethComedyRomance