ARROW in October: TWO WITCHES And a Bounty of Curated Delights Highlight The Month

Andrew Mack
Editor, News; Toronto, Canada (@Mack_SAnarchy)
Tweet Post Submit
As October makes its way towards us we look to our friends at Arrow to find out what horror delights they have in store for us next month.
Pierre Tsigaridis' debut horror flick Two Witches, a story about a dark inheritance, debuts on the streaming platform on October 1st. Check out more about the flick and the trailer down below.
While the number of original additions may be slim next month we find that the curated programs - Why Can’t A Girl Walk Home Alone at Night?, Ghastly Gothic, Co-ed Carnage, & The Mutilator Watchalong Collection - are really strong and should provide more than enough seasonal joy as we get closer to Halloween.
Everything you need know about next month's schedule on the Arrow Player is in the gallery down below.

ARROW Offers Classic and Cutting Edge Cult Cinema
October 2022 Lineup Conjures up Premiere of Two Witches
Exclusively on ARROW October 1
﻿
Why Can’t A Girl Walk Home Alone at Night?, Ghastly Gothic, Co-ed Carnage, & The Mutilator Watchalong Collection
Arrow Video is excited to announce the October 2022 lineup of their new subscription-based ARROW platform, available to subscribers in the US, Canada, the UK and Ireland.
The October 2022 lineup leads with the ARROW release of Pierre Tsigaridis' debut frightfest Two Witches, available October 1 in the US, Canada, UK and Ireland.
This first feature from writer-director Pierre Tsigaridis is a dark tale about the consequences when a matriarchal witch passes on her sinister inheritance to her granddaughter, triggering horrific curses. Rebekah Kennedy (To the Bone), Kristina Klebe (Rob Zombie's Halloween), Belle Adams (Perry Mason) and Tim Fox (Westworld) star.
Two Witches had its World Premiere at the Salem Horror Film Festival in 2021, and went on to screen and terrify audiences around the world, including at Grimmfest and Sitges. 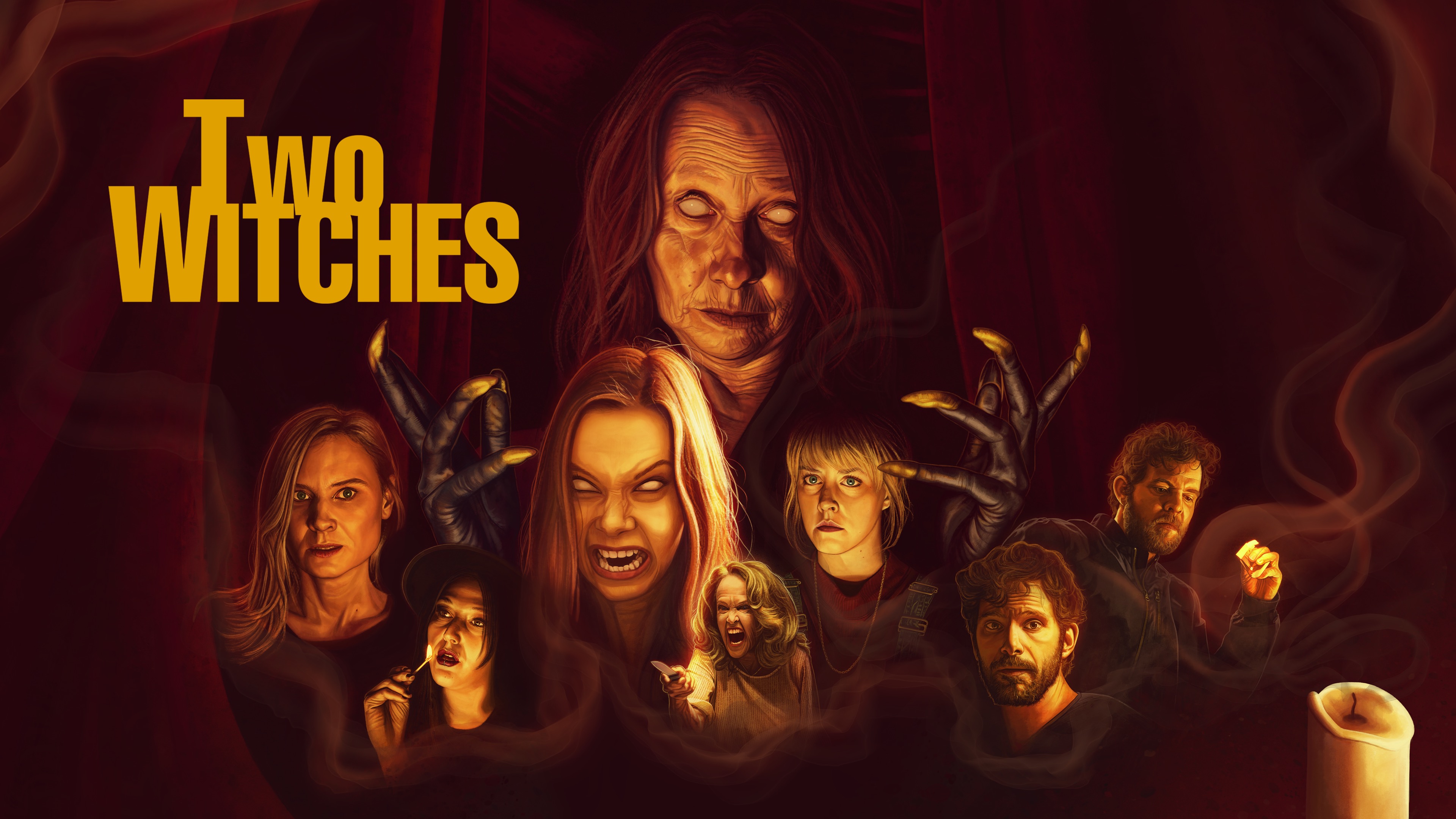 Expectant young mother Sarah is convinced she has been given the evil eye from a mysterious blank-eyed old hag while she is dining with her bullish and insensitive partner Simon. When the couple go to visit his new-agey friends Dustin and Melissa, dark forces are unleashed after an ill-advised attempt at consulting a Ouija board to allay her fears. Meanwhile, tensions grow between grad school student Rachel and her new roommate Masha after a violent incident involving a man that the strange and impulsive young woman has brought home. 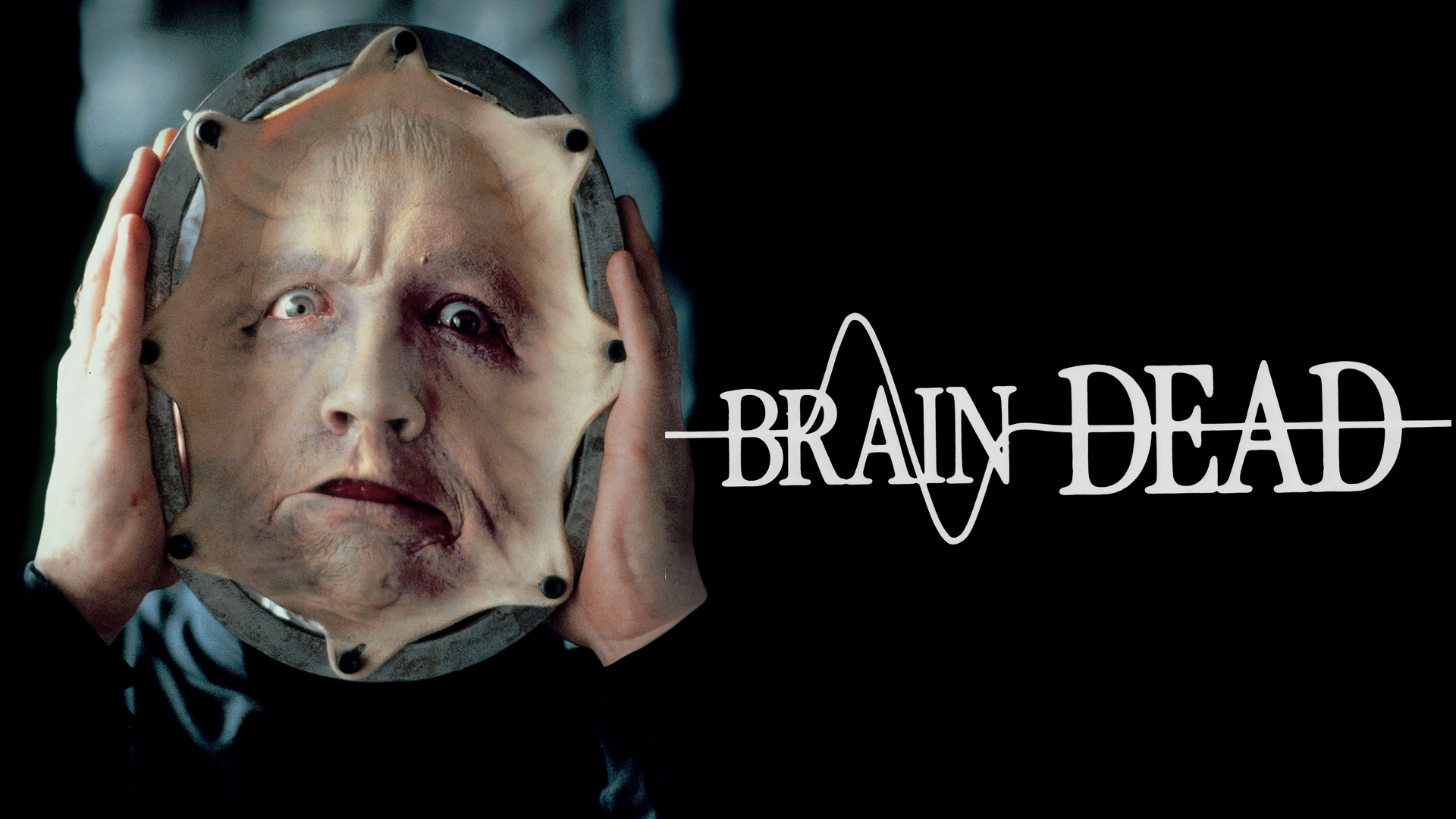 October 1 starts the best month of the year with Two Witches. With its super-saturated color palette, tenebrous art design and electrifying soundtrack, Two Witches presents two truly terrifying conjoined tales of witchery, paranoia and terror that hark back to the gory thrills of classic Euro horrors.

Also available October 1, Brain Dead (US/CA): In a showdown of man vs. machine, Bill Pullman stars as Martin, who is plunged into a chaotic nightmare where he tries to save his mind from the megalomaniacal corporation. 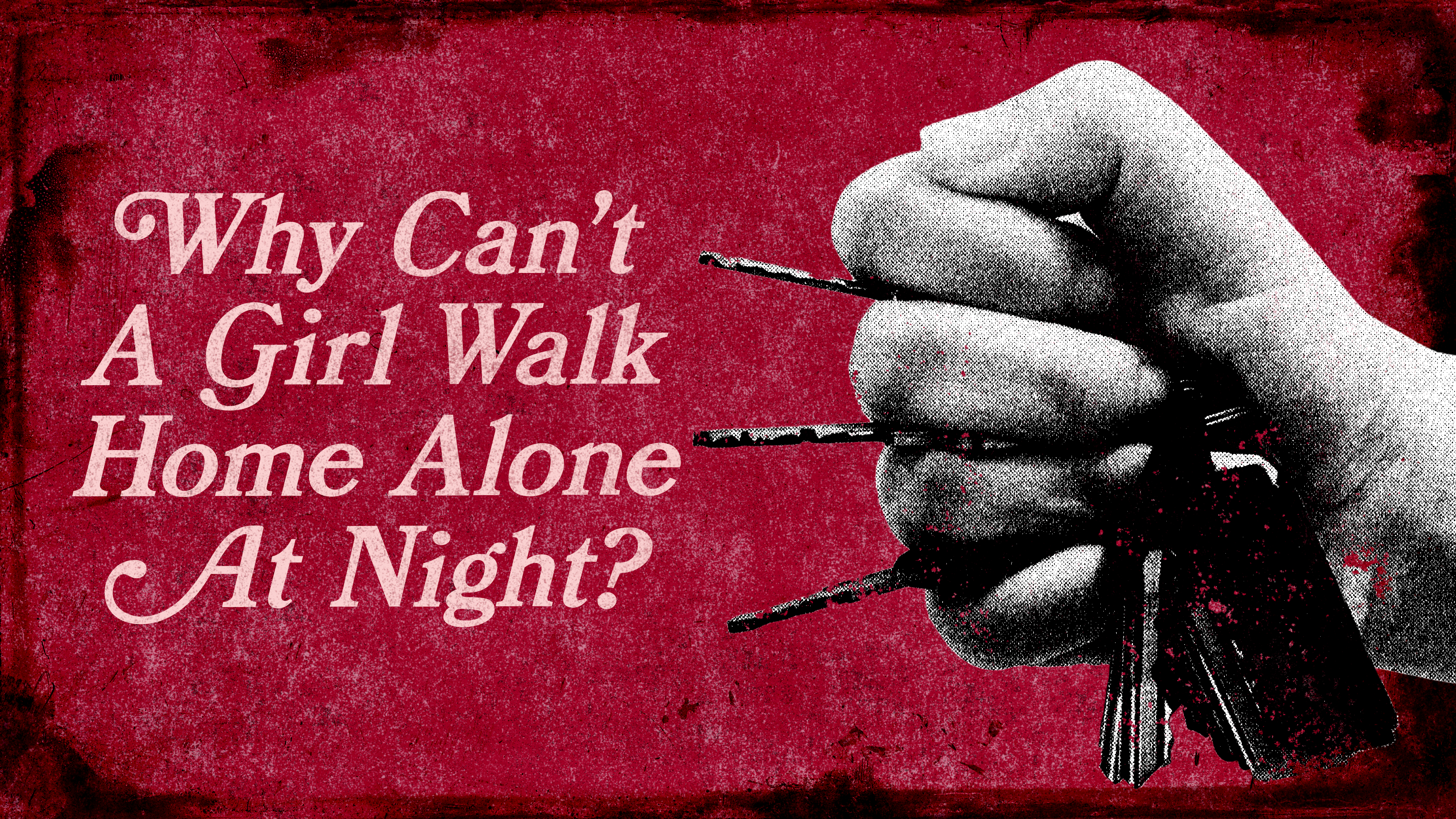 On October 7, ARROW kicks off the Seasons with a blind of movie terror and the horrors of the real world.

Why Can’t A Girl Walk Home Alone At Night? (US/UK/CA/IRE) is a collection of films that not only features women threatened or attacked by men and exacting their revenge in shorts like Tristan Risk’s Reptile House and features like Masamura’s Irezumi, but also the frustration, insecurity and sense of losing one’s sanity through being made to feel like you’re lying in features like Frida Kempff’s Knocking, and, as the director of Unsafe Spaces, Connor Sandheinrich, says about her short film (winner of ARROW’s The Stylist Short Cuts short film competition), “to bring attention to all the micro-motions women take every single day to ensure their own safety.”

Titles include: Take Back the Night, Unsafe Spaces, The Wind, Bed Bug, Irezumi. 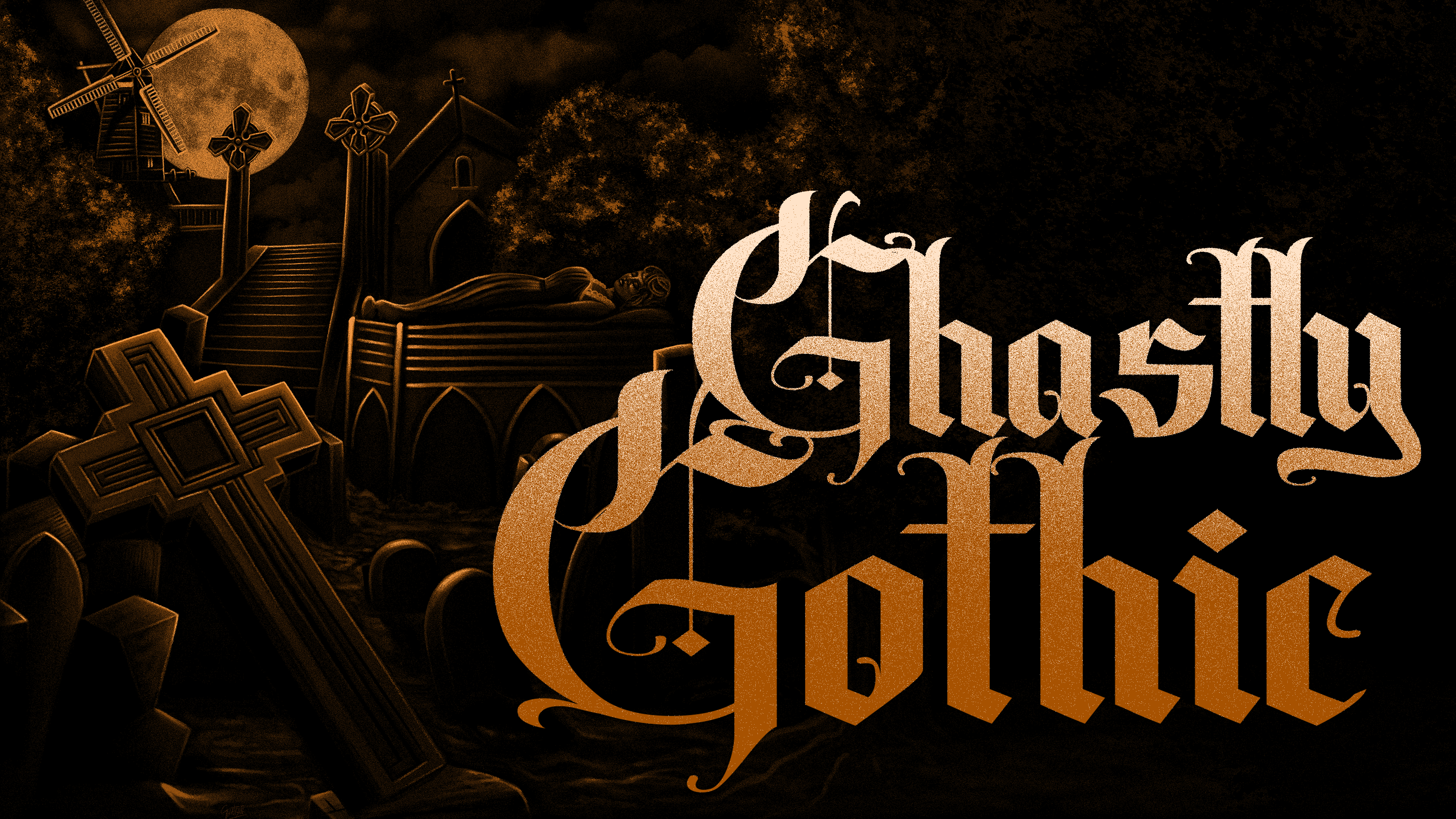 On October 14, come wallow in a deliciously dark curated collection of romance, murder, mystery and madness: Ghastly Gothic (US/UK/CA/IRE). Featuring the cursed and perverse, the sinister and supernatural, the morbid and mad, the decrepit and romantic, the haunted and tormented, the overwrought and untethered, and the obsessed and messed up; Ghastly Gothic is a collection full to the creaking rafters with delightful doom and delectable dread such as the Giallo inspired vistas of The Third Eye, and so much more. Titles include: The Blancheville Monster, The Witch, The Third Eye, Lady Morgan’s Vengeance, Mill of the Stone Women and many more. 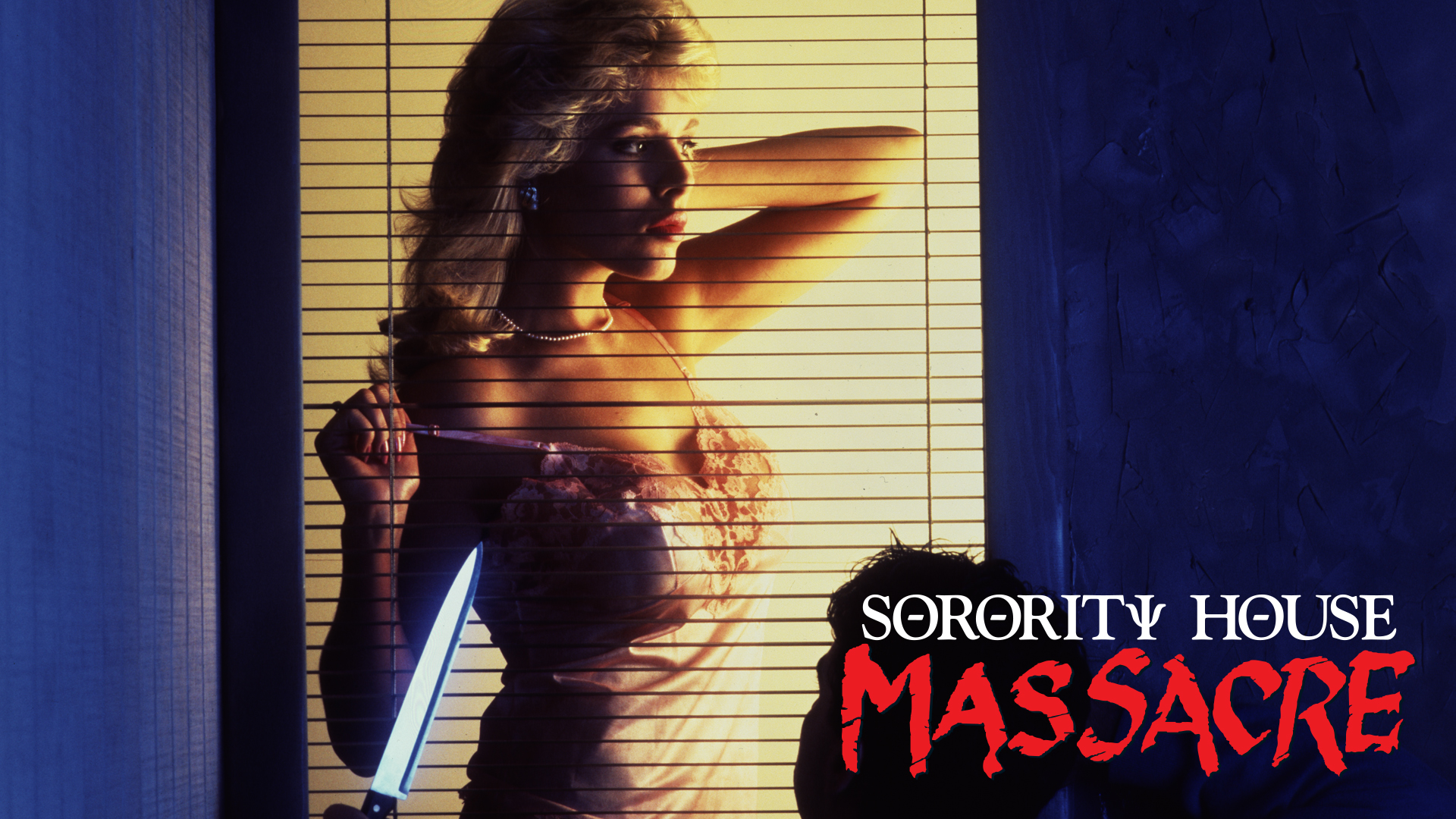 October 21 heads back to school with a killer on campus in Co-ed Carnage (UK/US/CA/IRE). Lock all the doors and windows of your frat or sorority house, and try your best not to party, as a murderous madman is picking off any and all students — from fresh meat freshmen to dead meat seniors — and no student, slumber party, kegger or place of higher learning is safe! Titles include: Hell High, Girls Nite Out, Dude Bro Party Massacre III, Sorority Babes in the Slimeball Bowl-O-Rama, Torso and many more. 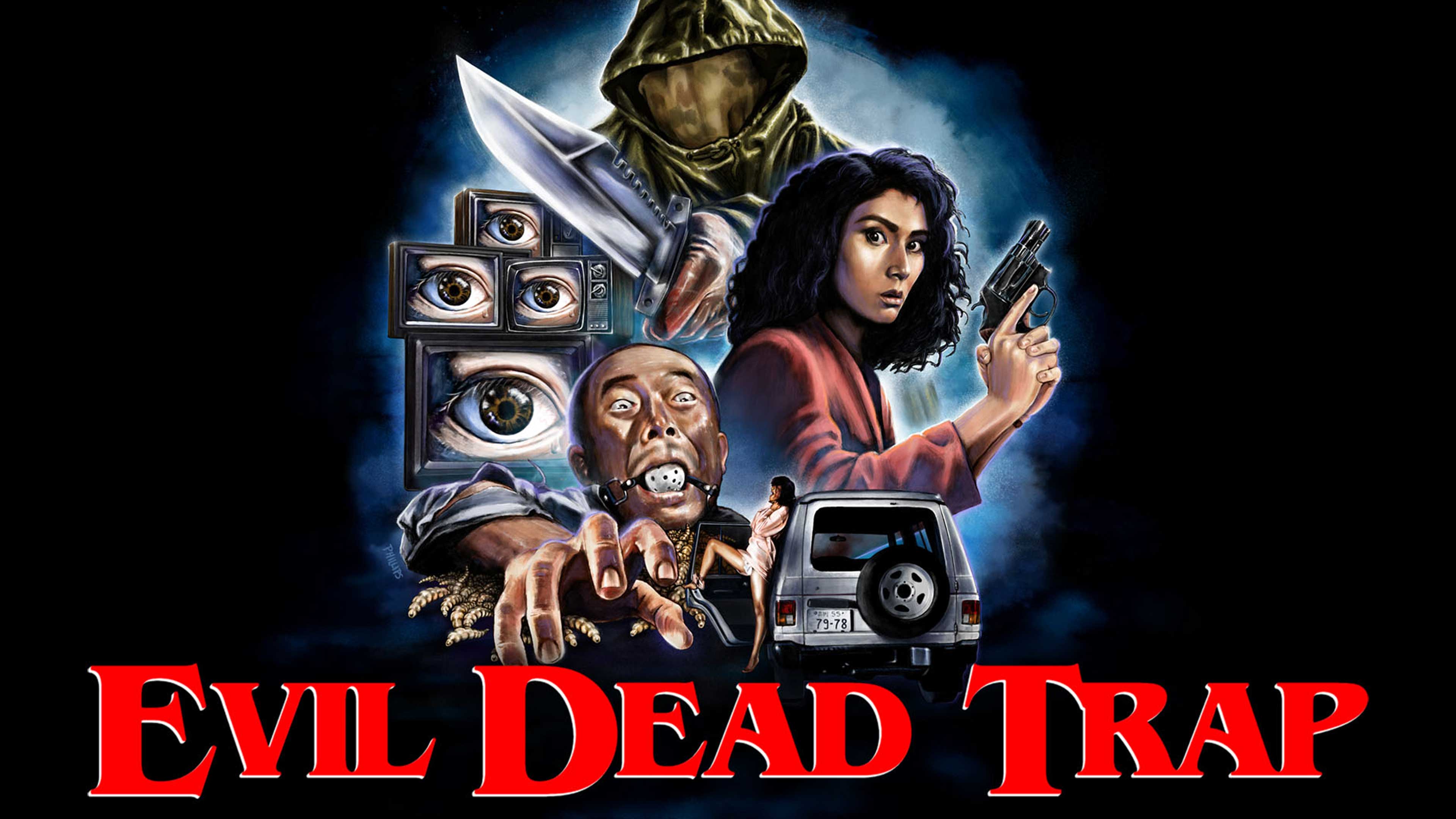 October 28 delivers a pair of films to warn North American ARROW fans about the dangers of going where you shouldn't dare tread. Night of the Demons (US/CA): Ten teenagers party at an abandoned funeral parlor on Halloween night. When an evil force awakens, demonic spirits keep them from leaving and turn their gathering into a living Hell. Evil Dead Trap (US/CA): Nami, a late night TV presenter, receives a snuff tape in which a woman is brutally killed. She decides to take a crew out to a location indicated in the tape. As she gets closer to the truth, she and her crew are subjected to a brutal nightmare. 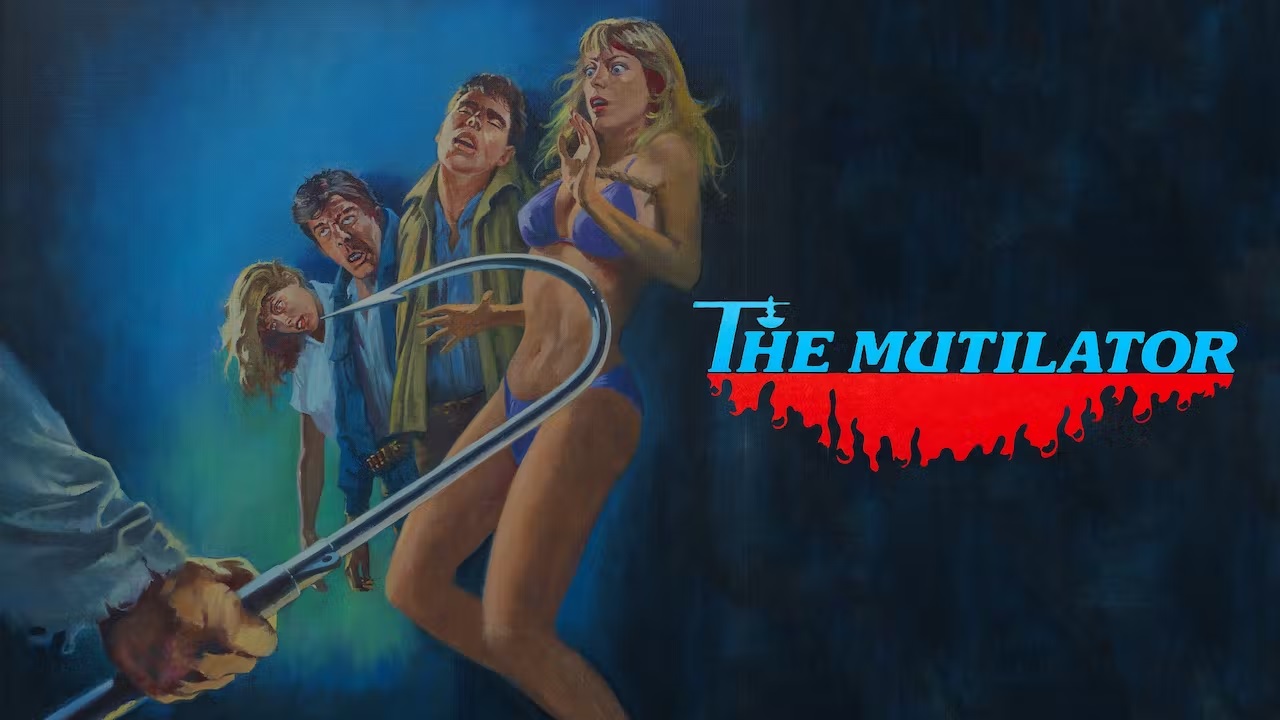 Heading into All Hallows' Eve, ARROW presents a final Season: The Mutilator Watchalong Collection (UK/US/CA/IRE). Featuring an array of the coolest directors of the hottest ARROW titles, and even the ARROW staff themselves, fighting for their lives during a “live” stream of Buddy Cooper’s 80s slasher, The Mutilator Watchalong was a streaming first but, thanks to ghosts in and out of the machine, it nearly didn’t happen at all, and it ended... in blood. Catch up on the event that had the filmmakers behind ARROW hits The Stylist, Threshold, A Ghost Waits, Dementer, Satanic Panic, Man Under Table and Gwilliam, as well as the Horror Movie Survival Guide hosts and (speaking of hosts) even the stars of Host, under guts-spilling attack from all-manner of killer tech, gorillas, demons and videotapes. Then - in their memory - check out all their amazing films. Pour one out for all the talent that tragically didn’t live to see another slasher about a bunch of horny teens getting offed one by one, and then check out all their work here on ARROW... in memoriam. Titles include: The Mutilator Watchalong, The Stylist, Threshold, A Ghost Waits, Dementer, Satanic Panic, Man Under Table and Brian Lonano’s short films. 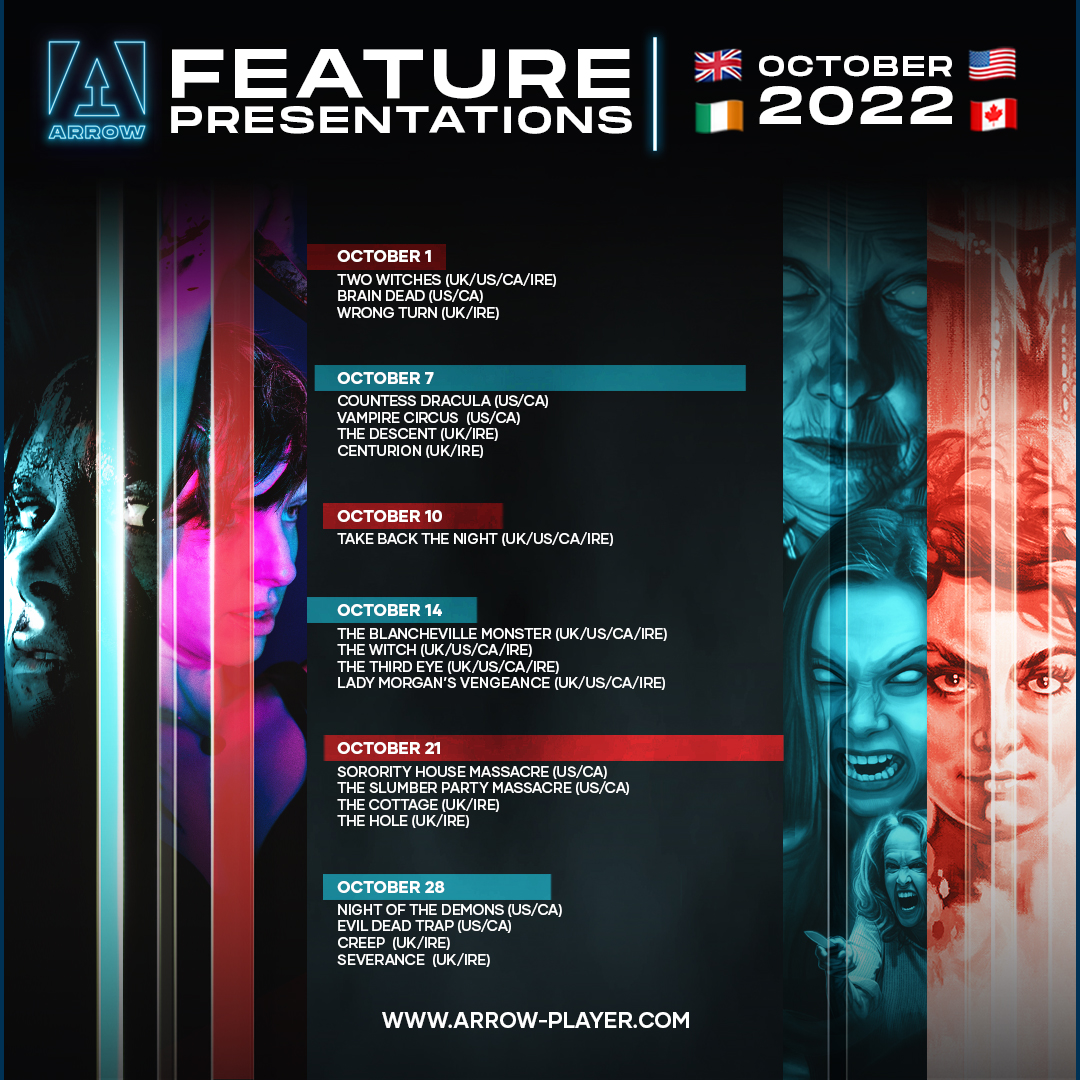