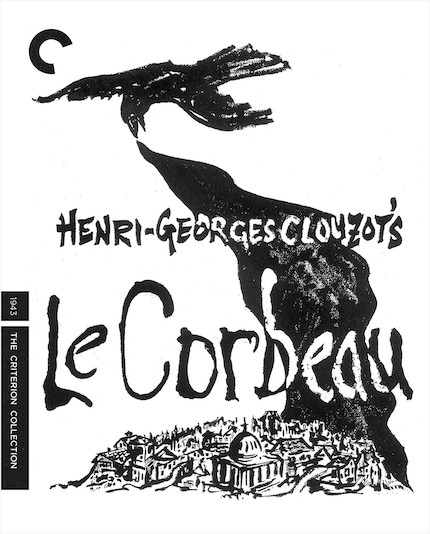 Directed by Henri-Georges Clouzot (Les Diaboliques, The Wages of Fear), Le Corbeau was his second feature, and it very nearly ended his career due to the political climate of the 1940s.

You see, Le Corbeau was based on a true case of a woman writing “poison pen” letters, which in today’s internet culture, could be translated into doxxing or any number of threats sent over social media. These letters were written anonymously, meant to wreak havoc and cause terror, to destroy livlihoods and reputations for political or personal purposes.

As such, Le Corbeau centers on a small French town in the country where rumors and anything outside of the moral pecking order can cause scandal. We open on Dr. Rémy Germain (Pierre Fresnay), who’s saved a mother giving birth from dying, instead of the other choice — letting the mother die for the baby to live. (Already, everything old is new again, when viewing Le Corbeau in America in 2022.)

Because Dr. Germain prefers to let women survive (how amazing that they’re seen as human beings of their own agency), he’s branded as an abortionist by anonymous letters being sent around. And due to small-minded people who prefer black-and-white views instead of doing the emotional work of seeing nuances and weighing actual consequences, Dr. Germain begins to lose work because of these letters.

Soon, the letters make even more nefarious threats and accusations to more people, revealing secrets better kept buried, sending the provincial village into a frenzy of gossip and fear. Charges of stealing morphine from the hospital are leveled at a nurse. A patient with liver cancer (who doesn’t know it) commits suicide after a letter tells him that he’s indeed terminally ill and won’t have long to live. The saddest of them all is when a little girl tries to drown herself after learning that her father is not hers, in biological terms, and her mother flees town.

Le Corbeau offers lots of red herrings and twists until we find out who the offending culprit is, and everything is believable. Clouzot himself had an interesting and anguised early career in terms of politics. He wrote and directed this film in early 1943 during the German occupation of France, for the German-controlled Continental Films. He was warned not to make the film, but given the means to do so, somehow.

It was released into the wild, where it was generally well-received by the general French public. However, the right-wing Vichy region condemned it, as the film reflected the terror tactics the people there participated in, such as informing on their neighbors. Sound familiar, present-day, red state America?

Clouzot couldn’t get a break from the Catholics in the country either, who hated the film’s pro-choice theme, and a portion of French liberals incredilously viewed the film as pro-Nazi. To this end, Clouzot was fired from Continental Films, where he’d been head of the screenwriting department.

Previously, he had been bedridden in Switzerland with tubular sclerosis for five years, and WWII had broken out when he returned home to Paris. He’d been desperate for work and while he wasn’t cool working with the Germans at Continental, he didn’t have any other choice for income, it seems.

When the German occupation ended, French officials tried to ban him for life from making films because he’d worked with the enemy. However, filmmakers like Jean-Paul Sartre and Jean Cocteau supported Clouzot, and his banishment from the industry was reduced to two years.

That was a very good thing, because Clouzot went on to make the excellent Les Diaboliques (remade in the ‘90s as Diabolique) and Wages of Fear (remade by William Friedkin as Sorcerer), cementing his reputation as the French Hitchcock. Le Corbeau itself was remade by Otto Preminger as The 13th Letter.

Now that our history lesson is over, let’s get to the audio and visuals. The 4K restoration is excellent, save for some minor flickering. Sound is generally terrific as well, except for the same area where the flickering is, which I believe is likely due to the age of the original elements and therefore cannot be helped.

There isn’t much in terms of special features, but here they are:

I enjoyed watching the vintage footage of the Clouzot doc, as well as Alan Williams’ essay. The interview with Bertrand Tavernier was good but difficult to understand at times due to his thick accent and the varying audio levels. I tried to access subtitles or closed captions, but none were available.

Overall, this is an important film and this presentation is excellent. To add Le Corbeau in 4K to your home collection, head over to Criterion’s page for the film here.