Trailer: CAPTAIN, A Rollicking Alien Invasion In The Indian Forest 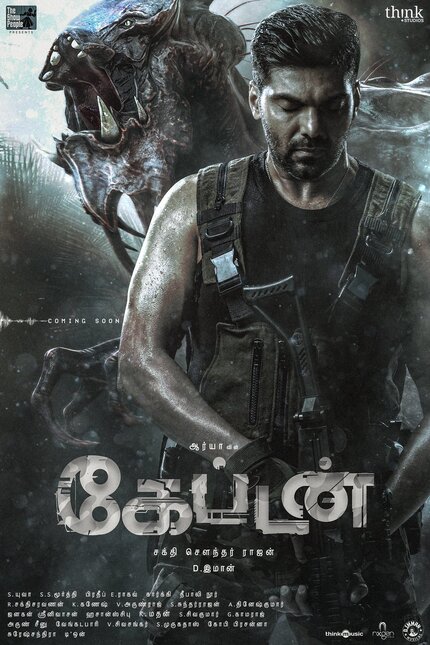 There's strangeness afoot in the forest of Northeast India.

Today the trailer for Tamil language sci-fi actioner Captain dropped, and it's pretty sweet. Directed by Shakti Soundar Rajan who brought us the first Tamil zombie comedy musical in 2016 with Miruthan (Fantasia, Sitges, Bifan), Rajan is now focused on monsters of a different kind. He's roped in superstar Arya (Naan Kadavul) to lead the charge against alien invaders in the frigid forests of Northeast India.

Rajan is one of the most interesting filmmakers working in Tamil/Indian cinema with a strong track record of high concept genre films. After Miruthan, he made Tik Tik Tik, a sort of Indian take on Armageddon swapping a drilling team for a master magician tasked with saving the world from an asteroid. Next up was Teddy, a film that borrowed the talking teddy conceit and used it to explore the black market of organ sales in India in a way that no one could've expected. Teddy also starred Arya, who seems to be the director's current muse.

Captain looks like another winner to me, a high concept sci-fi adventure worth checking out. Captain comes to screens around the world on September 8th.