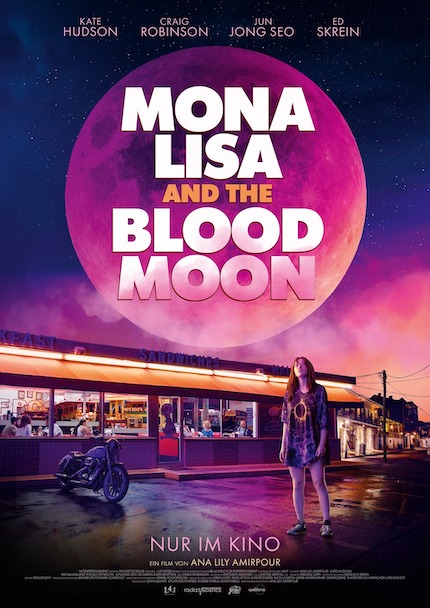 Ana Lily Amirpour's newest feature film, Mona Lisa and the Blood Moon, will be unleashed upon U.S. theaters on September 30. Watch the trailer below, then plan accordingly.

The filmmaker caught everyone's attention with the extremely striking A Girl Walks Home Alone At Night in 2014 and then expanded and broadened her range two years later with The Bad Batch. Since then, she has placed her distinctive stamp of artistry on television shows such as Legion, Castle Rock and The Twilight Zone.

"When a struggling single-mother (Hudson) befriends a mysterious mental institute escapee with supernatural powers (Jong Seo), she sees a lucrative opportunity to make some fast cash. But when they draw the attention of a detective (Craig Robinson), their luck starts to run out as the cops close in on their crime-spree."

The trailer is below.

Do you feel this content is inappropriate or infringes upon your rights? Click here to report it, or see our DMCA policy.
Ana Lilly AminpourEd SkreinJun Jong SeoKate HudsonSaban FilmsUS