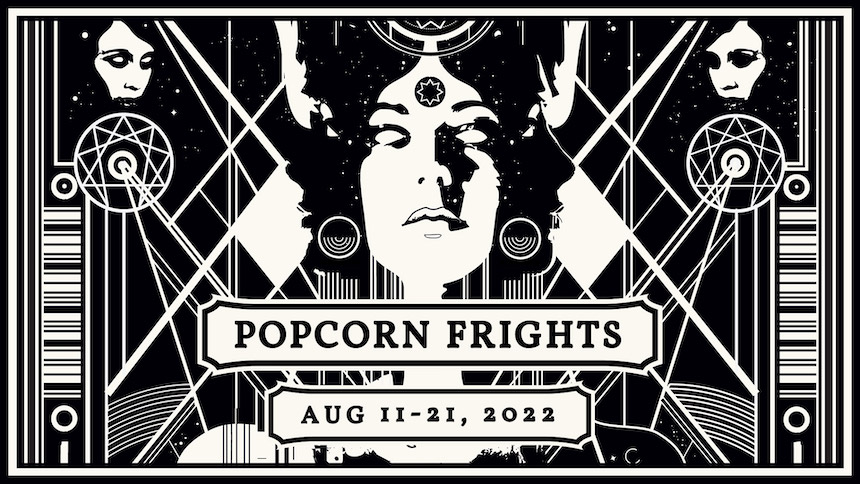 Genre cinema encompasses all manner of action, adventure, fantasy, martial arts, mystery, science fiction, superheroes, suspense and thrillers, coming from all parts of the world. Tiny Cinema is a new film by Tyler Cornack (of Butt Boy fame) that will kick off the eighth edition of the Popcorn Frights Film Festival.

This year's edition will be a hybrid festival, which means that events will take place in Fort Lauderdale and South Beach in Florida, and virtually across the U.S., from August 11-21. The fest will showcase six feature-film world premieres, according to the official verbiage, "including Living With Chucky with Don Mancini & Jennifer Tilly, the psycho slasher Final Summer, the Tim Burtonesque fairy tale with zombies The Loneliest Boy in the World, and a live score performance for the silent cinema masterpiece Nosferatu, celebrating its centennial anniversary."

Getting back to Tiny Cinema, it's an anthology, built around "a mysterious stranger [who] tells jolting tales of terror of seemingly unconnected strangers whose lives will change in incredible and bizarre ways forever." For more details about the rest of the first wave, visit the official site.

Do you feel this content is inappropriate or infringes upon your rights? Click here to report it, or see our DMCA policy.
film festivalPopcorn FrightsTyler CornackRyan KochWilliam MoreanComedy