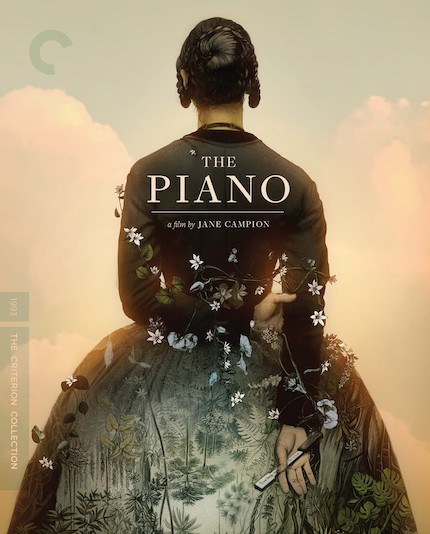 The Piano is a difficult and amazing film. It asks viewers to fully invest in the images, sounds, in its nuances, subtext, foreshadowing, and provocations. It’s not a difficult film to understand on its most surface level, but it is hard to watch on occasion, its violence resolute and brutal.

Jane Campion was the first female director to win the Palme d’Or at Cannes for this film, a New Zealand-Australia-France co-production. She has since (just recently) become another first — the first woman to be nominated twice for Best Director by the Academy Awards.

You would think that since this is 2022, since we now live in the future where billionaires can launch cars into space and that there’s talk of privatizing the Moon, women would be equals. But no, our rights are constantly under attack, still. Discrimination and biases, either systemic, blind, or right in one’s face, would be erradicated, you’d think, you’d hope. But impossibly, we are going backwards, struggling against being pulled underwater.

Which is exactly what happens at one point in the film.

With all this in mind, it’s not a stretch to say that Ada, the protagonist of The Piano, played with such burning intelligence and intensity by Holly Hunter, doesn’t feel like it took place all that long ago. No, women are still being controlled in both quieter and more obtuse ways by men, though it’s a messier, noisier world.

Released in 1993, the story follows accomplished Scottish pianist and mute-by-choice Ada and her young precocious daughter Flora. That role was filled by Anna Pacquin at just nine years old; she seems nearly inhumanly talented here, and in fact won an Oscar for her role in this film.

Sold by her father, Ada journeys from Scotland to New Zealand with her daughter, and their possessions, the biggest and heaviest of them all being her piano. The musical instrument is Ada’s strongest, truest voice, as well as a harbinger and metaphor. Flora translates Ada’s thoughts and wishes to others, but even through Ada’s fury, she’s not often listened to.

The colonialist Alisdair who Ada marries is played by Sam Neill, and this character likes the look of his new purchase, his new wife, but not her strong will or personality. He discards the piano on the beach, where it is rained on and languishes until George Baines (Harvey Keitel) barters land for it.

George is the foreman of sorts for Alisdair’s projects and property, as well as a translator and friend of the native Maori, who serve as hired hands. Whether he likes it or not, George serves as a bridge between the cultures. Though he cannot read, he can speak both languages and is tattooed in the Maori way, making him an outlier to the colonists.

His bartering of the piano is not a kind gesture; he takes advantage of Ada by trading sensual and sexual favors. With each one, Ada buys her piano back, key by key, her body the only currency she is allowed.

But something interesting happens. As George listens to Ada play in his home, he absorbs her true voice and her passion from her playing. He turns from lust to love, becoming disgusted with himself for taking such advantage of her.

Unfortunately, Flora is outside for all of these sessions, and sees more than she should. She’s angry with her mother for not being allowed inside, and because she’s a child, too naive to know better, she tells Alisdair a little too much.

And things rocket toward a horrifying act, one which Ada survives, but just barely. The way that it’s filmed is so masterful that there are few others that I can compare it to that give off the same horror and shock — and I have watched a ridiculous amount of horror films. The effect is incredible.

But what’s even more interesting is that Campion allows her protagonist to flirt with a weighty death and then escape, kicking and burning for air, pulled down by the piano itself in concert with her enormous, sopping dress. Ada is allowed a hopeful future with someone who it seems, finally loves her.

And that is real power.

On the technical side, this 4K release is absolutely gorgeous. I’ve not seen the previous Blu-ray, but I’ve heard that this release is a major step up in terms of audio and picture. The colors are beautiful, the grain fine, and from my research, this is the best the film has ever looked and sounded in a home video release.

This fantastic Criterion Collection release comes with both a 4K disc (region-free) and Blu-ray disc (locked to region A/North America). The featurettes are great. In particular, Campion’s own commentary, ported over from a 2006 release, serves as a terrific miniature film school.

For fans of cinema, you can’t do much better than this kind of film, and this superior of a release. Grab it here at Criterion and be transported.