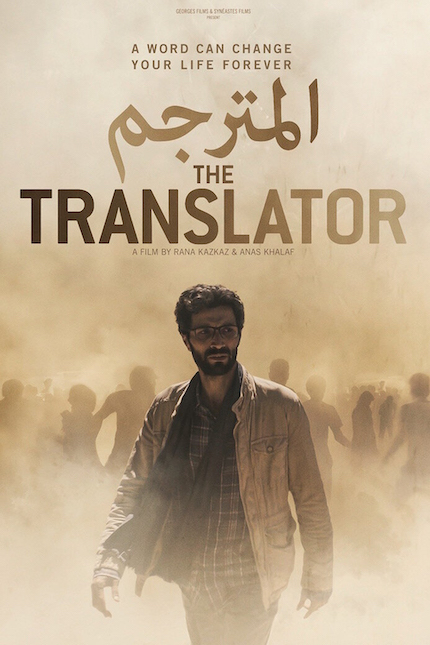 Watching a brazen kidnapping stirs a man to immediate action.

Directed by Rana Kazkaz and Anas Khala, The Translator tells the story of Sami (Ziad Bakri), who fled war-torn Syria and has established a new life as a political exile in Australia. Upon learning that his brother has been kidnapped back in Syria by the merciless Assad regime, he must decide what to do. The clip gets right to the point, illustrating the perilous dilemma.

It's one thing to be told about such an event, after all, but quite another to see it actually happening. Sami weighs the advice that he is given in the clip, and then swifts decides upon his own course of action.

The Translator will be available to watch via all major cable, satellite and digital VOD providers on Tuesday, February 1. Visit the official Launch Releasing site for more information.

Watch the clip, as well as the trailer, below.

Do you feel this content is inappropriate or infringes upon your rights? Click here to report it, or see our DMCA policy.
Anas KhalaAustraliaRana KazkazSyriaZiad Bakri