Andrew Mack
Editor, News; Toronto, Canada (@Mack_SAnarchy)
Tweet Post Submit
Between celebrating the many things that February has to offer make the most of your down time and check out what Arrow has to offer on their video player.
Next month's highlights include David Buchanan's surrealist Laguna Ave and Daniel Griffith's documentary, The Sleeper Must Awaken: Making Dune, a new film devoted to the making of David Lynch's 1984 film.
Cult titles coming next month included the always popular Turkey Shoot from Brian Trenchard-Smith. Things get evocative with the thrillers Angel and Avenging Angel. Some of Japan's best and most unconvential titles - Tetsuo: The Iron Man, Burst City and Dead of Alive: Final - are coming next month.
Lastly, one of our favorite directors of dynamic action and chaos, Gareth Evans, is curating a program of his own favorite films from the Arrow archives: A Snake of June, Dark Water, Versus, Audition, and The Ballad of Narayama.
If you're not signed up on the Arrow Video Player you're missing out on one of the best bang for your buck streaming services out there. 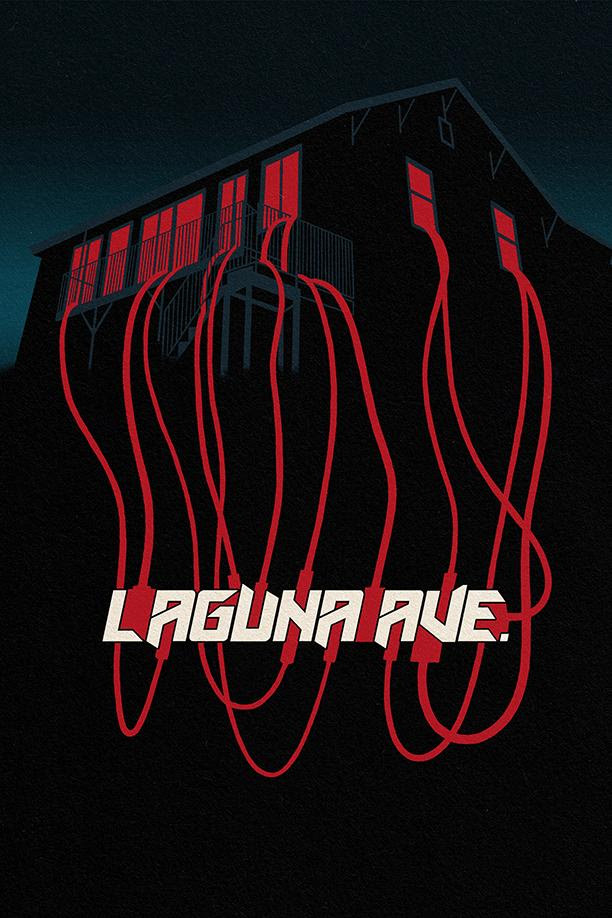 Arrow Video is excited to announce the February 2022 lineup of their new subscription-based ARROW platform, available to subscribers in the US, Canada, the UK and Ireland.

The February 2022 lineup leads with the ARROW release of David Buchanan's surrealist mayhem feature Laguna Ave, available to subscribers in the US, Canada, the UK, and Ireland. The film will debut on ARROW February 1 with a host of exclusive extras. 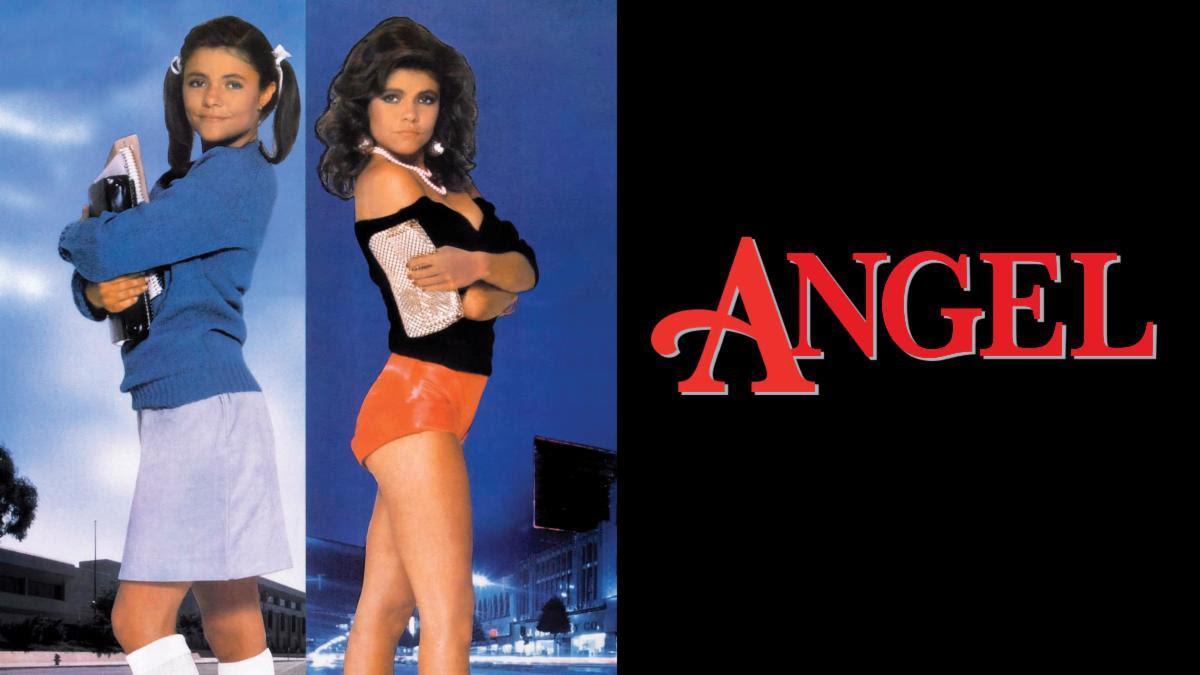 Vinegar Syndrome restore and distribute genre and underground films, mostly those produced between the 60s and 80s, to ensure that these kinds of movies - that would typically be neglected or at the back of the line when it comes to film preservation - aren’t lost to the passage and ravage of time and the “vinegar syndrome”: the chemical reaction that destroys celluloid film.

Titles include: Angel, Avenging Angel, Blood Harvest, The House of the Dead, and Night Train to Terror. 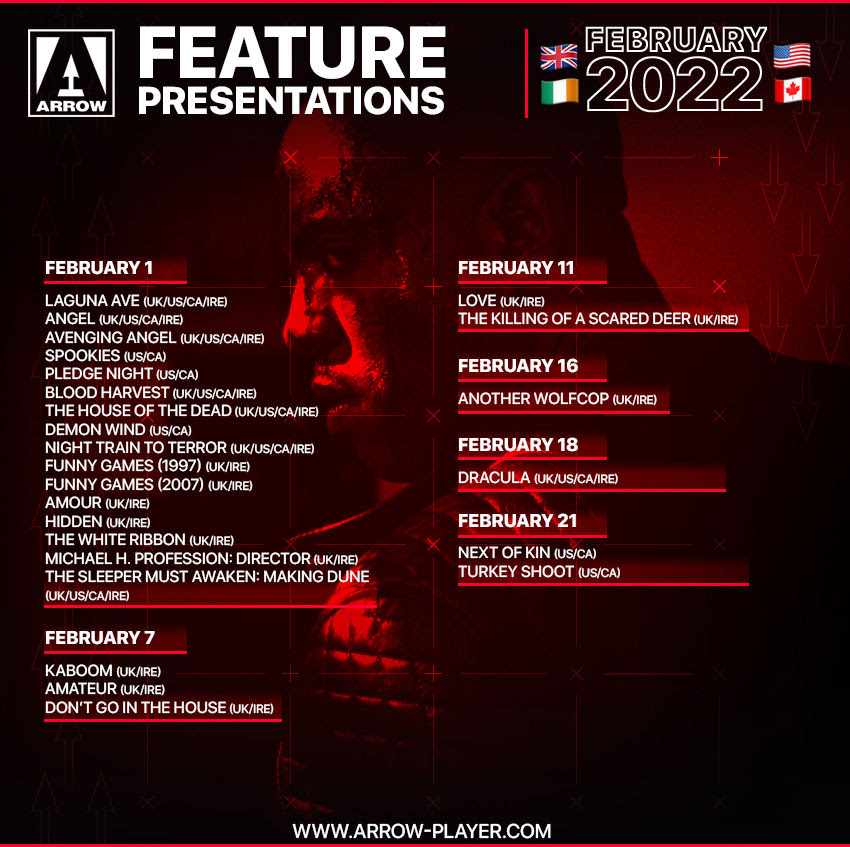 The fusion of flesh and metal; the forcing together of a human being with cold hard steel to create something new, something other, something cybernetic: a Man/Machine. Russell gets a taste of the power and pleasure caused by mechanically augmenting his body in Laguna Ave, and, if after watching David Buchanan's hilarious hangout cyber horror, your interest has also been piqued, then put down those pliers for a sec and beam our season of biomechatronic movies into your visual receptors first - because you might then decide you're better off steering clear of any artificial improvements or VR dalliances.

Titles include: Laguna Ave, Tetsuo: The Iron Man, Jesus Shows You the Way to the Highway, Burst City, and Dead or Alive: Final. 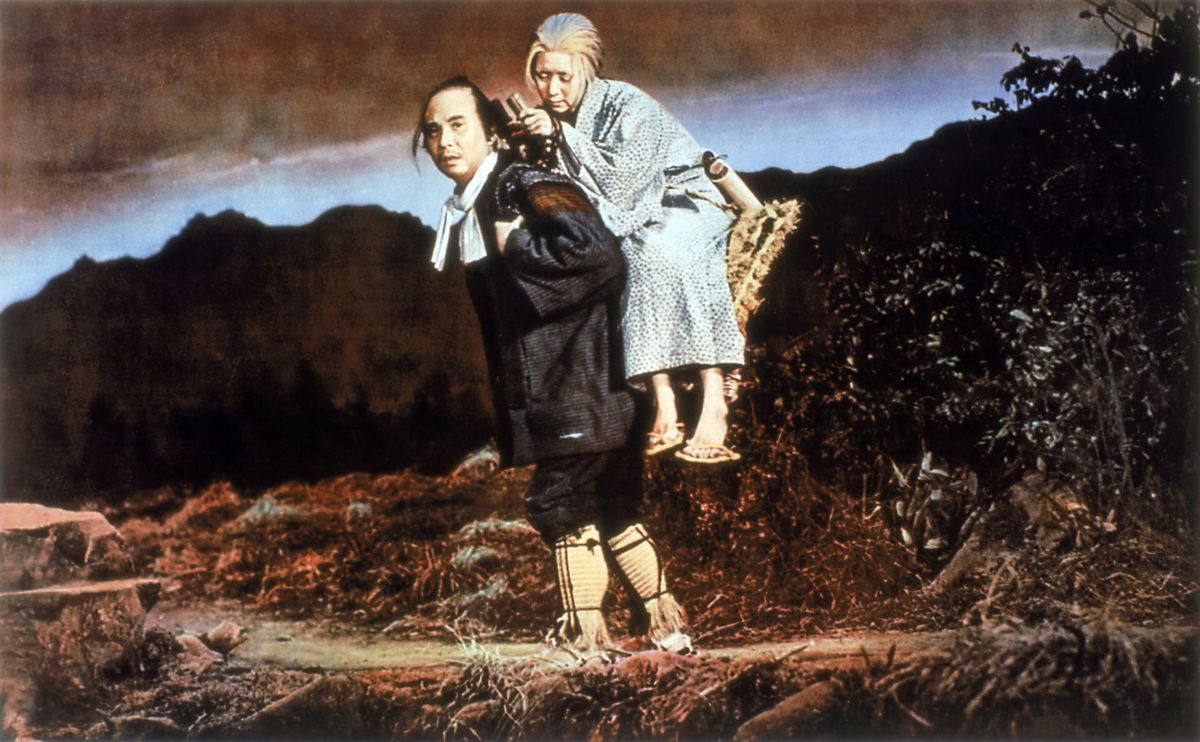 On February 11, ARROW hands the keys to the kingdom to filmmaker Gareth Evans (Apostle, Havoc) with Gareth Evans Selects (UK/US/CA/IRE). Evans is the writer-director of the explosive The Raid and The Raid 2, a fan favorite segment in V/H/S 2, the chilling folk horror Apostle starring Dan Stevens, this year's Havoc starring Tom Hardy, and a creator, writer and director of last year’s acclaimed summer TV sensation "Gangs of London".

ARROW is extremely proud and pleased to present to you Gareth Evans Selects, Evans' carefully picked favorites from the ARROW vault. Full of classics and deep cuts from the length and width of ARROW’s spectrum, every selection is a firecracker - so you should most definitely choose to put an evening, or ten, in his hands.

Selections include: A Snake of June, Dark Water, Versus, Audition, and The Ballad of Narayama . 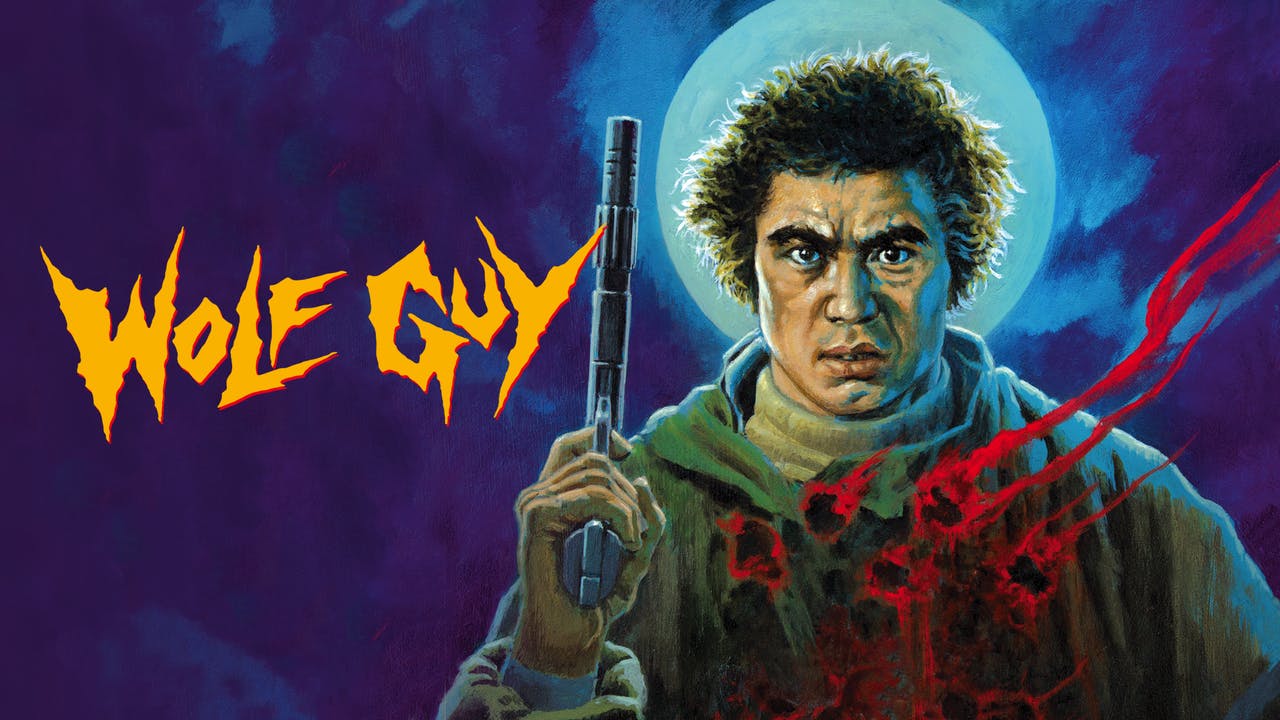 On Valentine's Day, February 14th, Cupid puts ARROW in his bow with two Seasons that will shoot audiences straight in the heart. Kick-start My Heart (UK/US/CA/IRE)

Action films are a different breed on ARROW. Our blow-em-ups go further than you could ever imagine and contain wilder and crazier carnage, genre crossovers and plot turns than your eyes and mind can manage. So if you’re sick of seeing hearts and flowers everywhere this Valentine’s season, turn up the volume and forget any heartaches or breaks with a selection of wild action movies unlike any you’ve seen before. 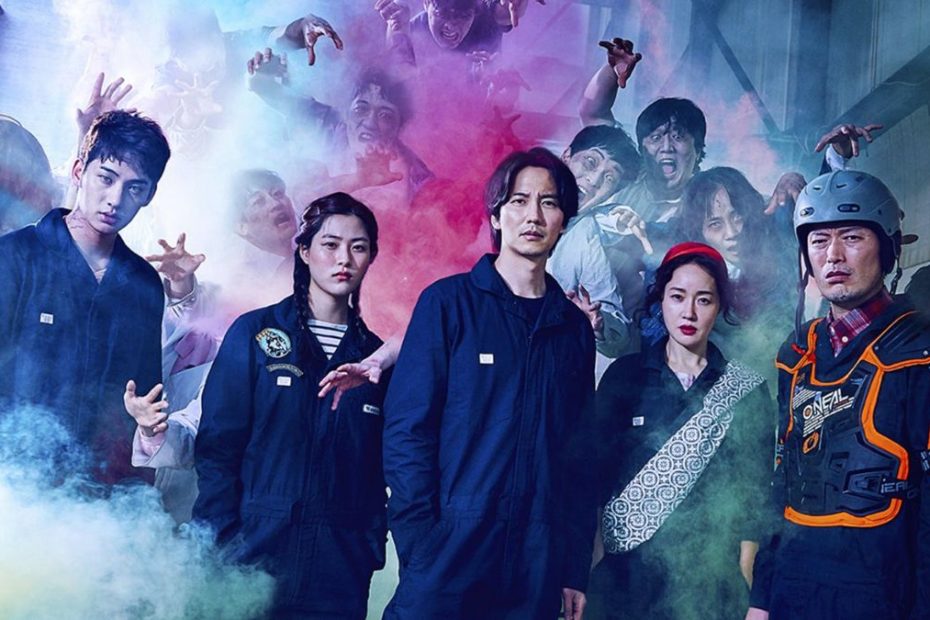 The Curse of True Love (UK/US/CA/IRE)

The bard said that “the course of true love never did run smooth”, but we bet Shakespeare could never have imagined in his wildest midsummer night's dream what that would mean here on ARROW. We can be soppy romantics at this time of year too, and there are some genuinely stirring, sweet and tender love stories in this selection, but our lovey-dovey offerings may also have the odd monster, murder, zombie or ghost too.

Titles include: A Ghost Waits, Zombie for Sale, Manon, Marty Loves Katie, and The Love of a Woman. 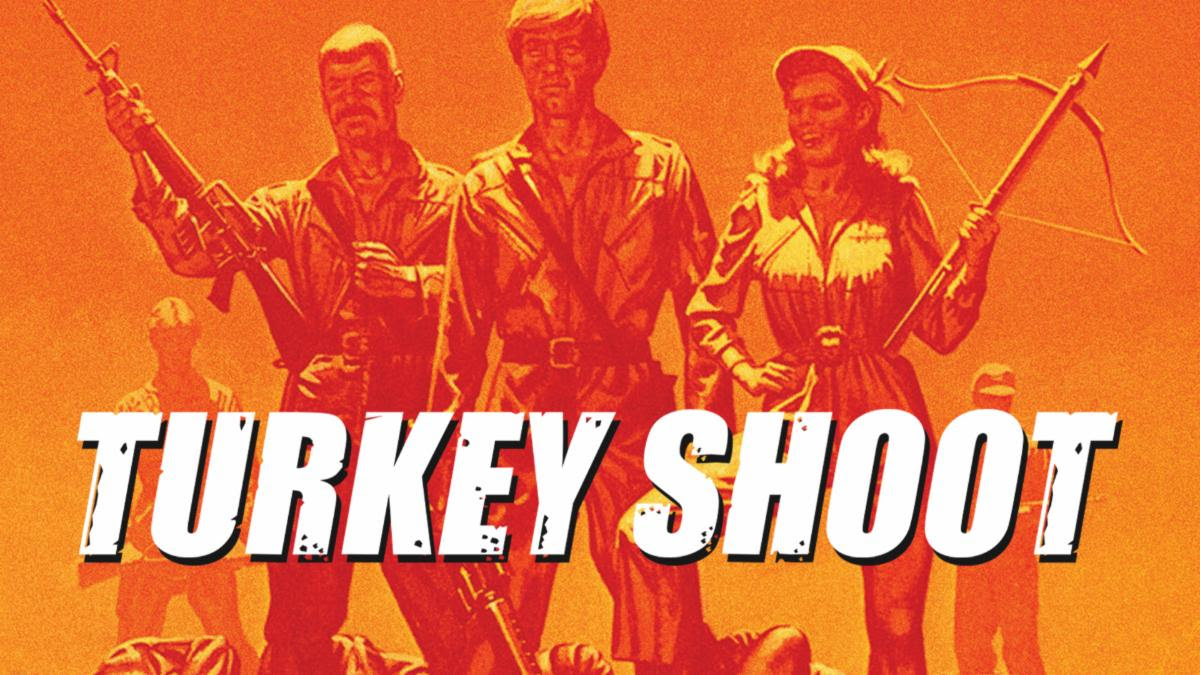 February 21st caps this month's lineup with two films for North American subscribers. Next of Kin (US/CA): When a young woman inherits a creaky retirement home, she'll find herself in a waking nightmare of murder, madness and a legacy of evil that may be inescapable.The atmosphere is deepened by an intense synth score by Klaus Schulze of Tangerine Dream.

Turkey Shoot (US/CA): In a totalitarian near future, defiant citizens are labeled "deviants" and sentenced to brutal "behavior modification" camps. But when new prisoners Anders and Walters are chosen as human prey for rich people to hunt, they will be thrust into a nightmare of depravity, dismemberment, the insane hungers of a deformed cannibal circus freak, and more. 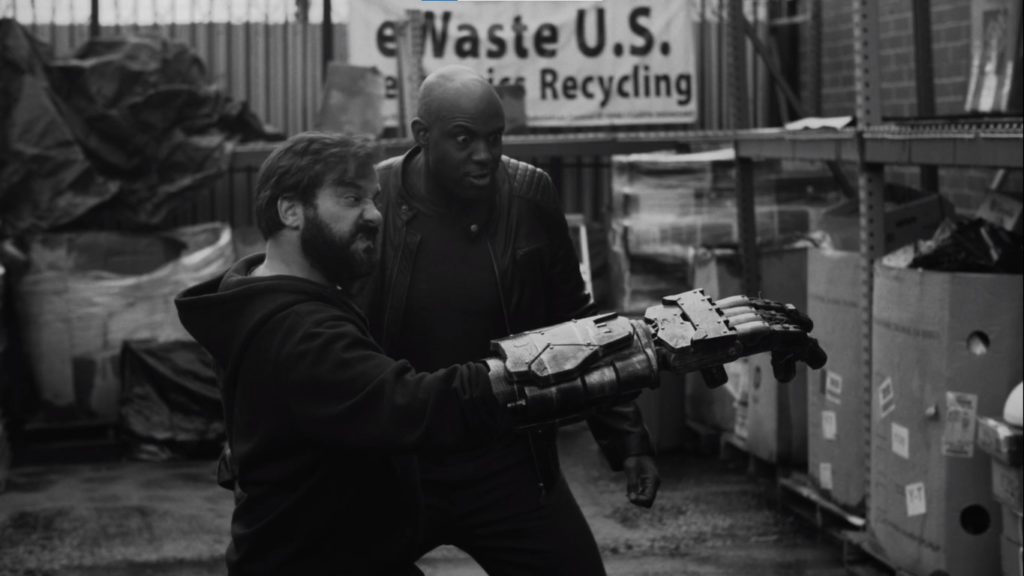 Laguna Ave - Russell, a burned-out television editor and middle-aged slacker with a prosthetic hand futilely searches for work in Hollywood's brutal, exploitative underbelly. His former boss owes him money, his partner Rita is always out of town and inaccessible, and his new downstairs neighbor, Gary keeps him awake at night with mysterious, disturbing noises. But everything changes one evening when Gary pays Russell a visit introducing him to a sinister world of an accelerationist conspiracy. 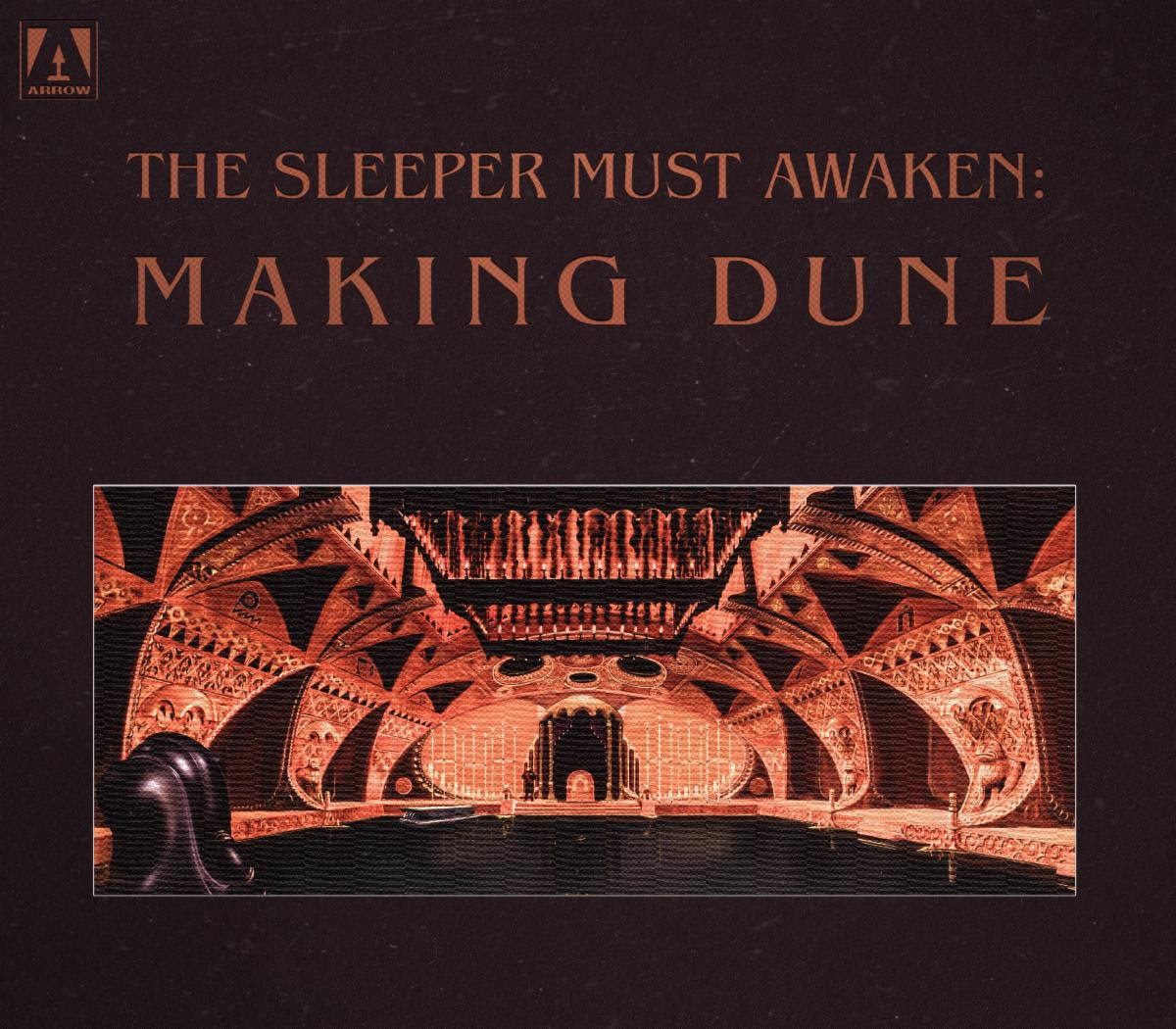 Containing dozens of new interviews, as well as archival interviews with Frank Herbert, David Lynch and members of the cast and crew, The Sleeper Must Awaken exhaustively explores the making of Dune from the well-known, and not so well-known earlier attempts to bring the story to the screen, to Lynch’s troubled production - examining every single element from script development to the shoot to post-production and the film's release.

Gain new insight into Dune, a film dubbed a “failure” by Lynch, but that went on to become a cult classic which we are still captivated by and talking about to this day, through the fascinating full-length making-of, The Sleeper Must Awaken: Making Dune.