ARE YOU LONESOME TONIGHT? Trailer Asks the Right, Troubling Question 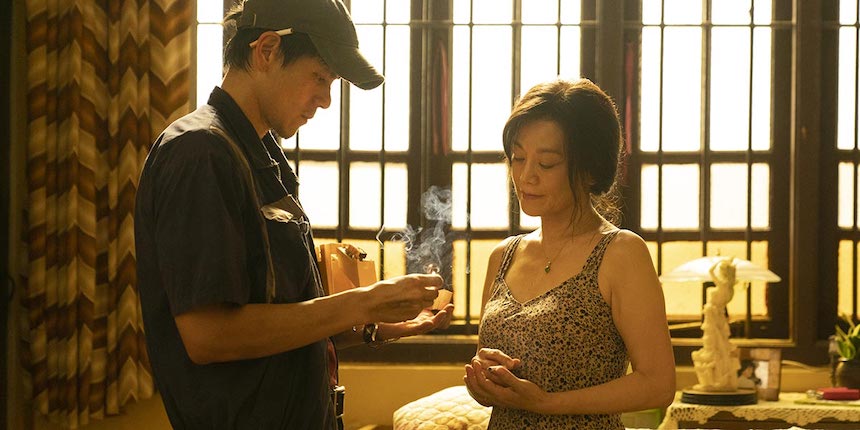 Heading for release in Asia on January 20, a new trailer for Are You Lonesome Tonight? (original title: Re dai wang shi) paints a properly bleak and moody atmosphere for a Chinese film described as a crime thriller.

"On a dark night, Xueming hits a pedestrian with his car and flees the scene. Desperate to escape his feelings of guilt, he decides to approach the dead man's wife, Mrs Liang.

"Meanwhile, the body is discovered - riddled with bullets. Chen, the detective in charge of the investigation, becomes obsessed with the case. Years later, all three remain caught in a tangled web of memories and lies, desperately searching for a truth that refuses to be revealed."

The film screened at multiple major festivals last year: Cannes, Melbourne, Jerusalem, Toronto, San Sebastian, and Busan. I love the color palette in the trailer; the uneasy mood seeps out of the images. Check out the trailer below and see what you think.

Do you feel this content is inappropriate or infringes upon your rights? Click here to report it, or see our DMCA policy.
ChinaEddie PengShipei WenSylvia ChangYanhui Wang