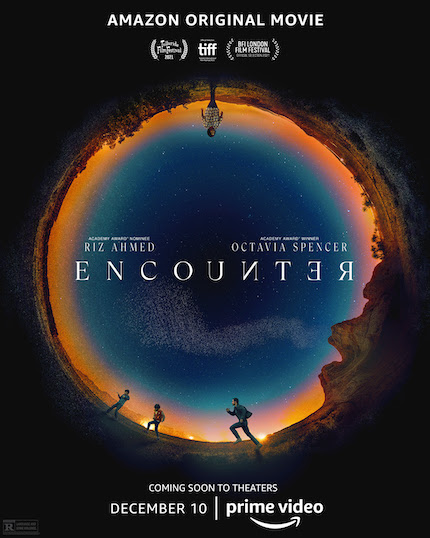 Our site is based in Toronto, Canada, though some of us live and work in The Lower 48, myself included, and so I know that the following films will be opening in the U.S. this week; some (most?) of them are also opening in Canada, and some in other regions of the world.

Scroll down to watch the trailers. (All quoted material is from the official verbiage for the films and thus subject to possible excess hyperbole.)

Azor: From Swiss director Andreas Fontana comes an invitation into a "moneyed world where political violence simmers just under the surface." Money? Violence? International intrigue? You have my attention. [Mubi.]

Last Shoot Out: Bruce Dern is my main attraction here. He co-stars with Cam Gigandet in a "gritty, intense Western saga of love, betrayal, and revenge" Westerns usually feature expansive and beautiful scenic landscapes, which is what I'm hoping for here as a backdrop to shooting and such. [In theaters and on Video On Demand platforms.]

Red Stone: Again, I usually response to movies that star actors whose performances I've enjoyed in the past, which means I'm open to this one because of its star: "A dangerous hitman (Neal McDonough) is tasked with hunting down a teenager who witnessed the murder of his older brother at the hands of a ruthless Southern crime lord (Michael Cudlitz)." [On VOD platforms.]

Encounter: Amazon Studios have been very hit and miss, yet they often swing for the fences, as it were. In this production, which hits theaters this week before starting its streaming run on Prime Video one week later, Riz Ahmed stars as a father who packs up his two sons on a "desperate" journey across the U.S., one step ahead of government agents. This could be a good one to see on a big screen, to soak in the grandeur of the scenery, if you're comfortable stepping into a movie theater these days. [In theaters.]

Citizen Ashe: As far as alternative fare goes, a documentary about a tennis champion from the past may not sound like your cup of tea, but I think watching King Richard recently on HBO Max opened me up to the idea of catching Citizen Ashe in a movie theater. (Huh?) Yeah, Arthur Ashe was an independent thinker and a sterling trailblazer, which qualifies in my book. I'd like to know more. [Opens theatrically in New York this week and Los Angeles next week ahead of its broadcast premiere on CNN and streaming premiere on HBO Max.]

Wolf: This week's sole wide theatrical release is an odd choice for that, but it's driven by distributors' latest strategy of opening indie films on more screens from the outset. George MacKay and Lily Rose-Depp star as two of a group of people who believe they are animals trapped in human bodies. Paddy Considine also stars. It's billed as a suspense-thriller, and even though reviews have been mixed, it still sounds very intriguing to me, as someone who sometimes feels trapped in my human body. (And also sounds like a potentially good double-bill with David Lynch's The Elephant Man: "I am not an animal!") [In theaters.]