The spooky season is upon us and what better way to celebrate than with the release of the highly anticipated sequel, Halloween Kills? It has been three long years since David Gordon Green unleashed Halloween (2018), the film that brought Jamie Lee Curtis back to the silver screen as Laurie Strode.

For Curtis, Halloween (2018) was a milestone in her career because the film set a new record for the biggest opening in history for a horror movie starring a woman. Clearly, Laurie Strode was back and she was a force to be reckoned with.

Segue to the present and Halloween Kills finds Laurie reeling with disappointment and frustration after her last attempt at ending Michael Myers’ life proved unsuccessful. Along with her daughter, Karen (Judy Greer) and granddaughter, Allyson (Andi Matichak), the trio joins forces with the citizens of Haddonfield to take care of the resilient stalker once and for all.

Fans of Carpenter’s original production will recognize several familiar faces in the Strode women’s vigilante mob. Kyle Richards has returned to the role of Lindsey Wallace, while Nick Castle is back playing The Shape. Nancy Stephens is reprising her character (Nurse Marion Chambers) along with Charles Cyphers (Sheriff Leigh Brackett).

Finally, after many pandemic-related delays, Halloween Kills is set to premiere on October 15 in theaters and on Peacock. To mark the occasion, Dolby Cinema has created exclusive artwork for the venture.

In addition to dropping an incredible poster, fans can purchase tickets for cinema showings at the following link. Plan ahead and get tickets now to avoid the likely possibility of sold-out screenings.

For those viewers who want to skip the theatrical experience and stream the film on Peacock, you will need to subscribe to the Premium ($5.00 a month) or Premium Plus ($10.00 a month) options on the service. Visit the official site for more information.

The final installment in David Gordon Green’s series, Halloween Ends, is expected to be released in theaters on October 14, 2022. 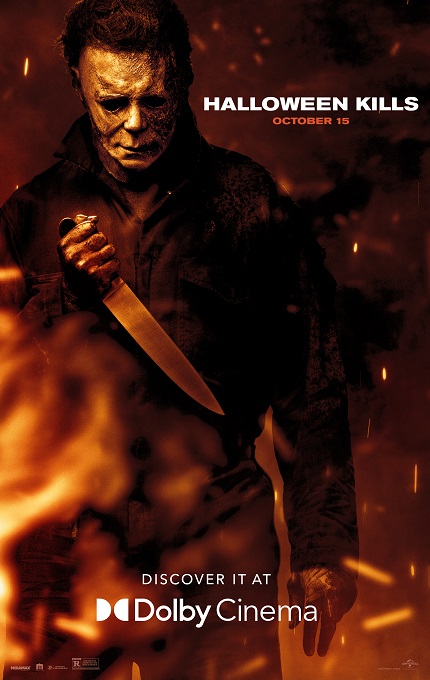 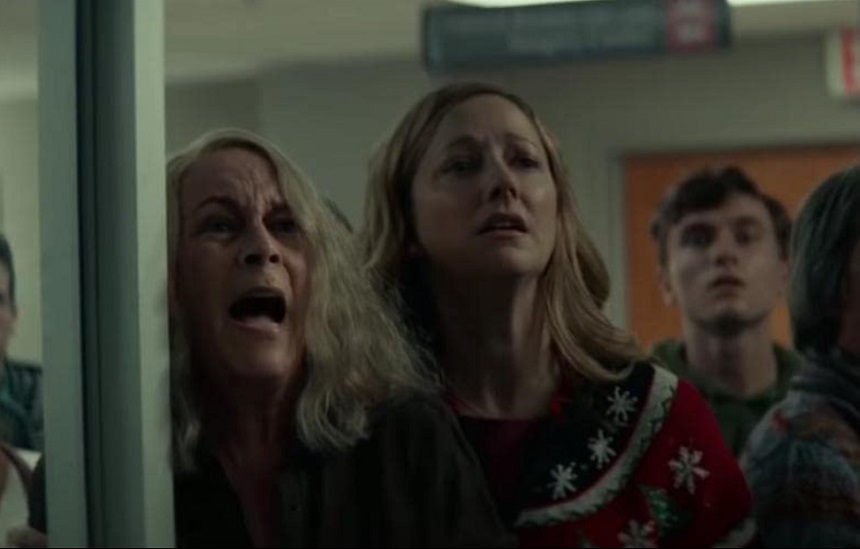 Do you feel this content is inappropriate or infringes upon your rights? Click here to report it, or see our DMCA policy.
David Gordon GreenDolby CinemaHalloween 2018Halloween KillsHorrorJamie Lee CurtisJohn Carpenter