First Look 20/21 presents 22 features and more than two dozen mid-length and short works from around the world, plus its signature “Working on It” sessions, which focus on the creative process. The festival runs from July 22 through August 1.

A special kick-off event for First Look 20/21 takes place at Green-Wood Cemetery in Brooklyn on July 19, with a screening of October Country, featuring the world premiere of a live score by Michael Palmieri and Donal Mosher, co-presented with Rooftop Films.

The program comprises both documentary and narrative works, as well as live performances, with work hailing from countries including Belgium, Canada, Colombia, France, Georgia, Germany, India, Israel, Iran, Italy, Madagascar, Niger, Poland, Slovenia, South Africa, Sweden, Turkey, United Kingdom and the United States. More than half of the films are directed by women.

Please visit the MoMI website for tickets and more info.

Below are a few titles that I was able to sample: 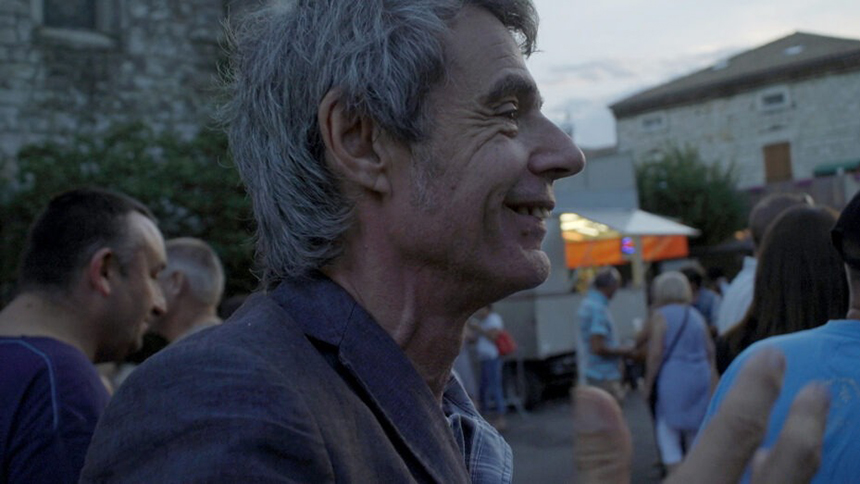 The Grocer's Son, the Mayor, the Village and the World... - Claire Simon *Opening Night Film

Filmmaker Jean-Marie Barbe has a vision for his hometown, Lussas, a rural farming community in the Ardeché region of southern France. He wants to build a publicly funded independent film complex and a website dedicated exclusively to documentary filmmaking. It will be called Documentary Village of Lussas. It will be the source of attraction for jobs for the younger generation and local economy. Claire Simon, coming from a direct cinema tradition, documents the trials and tribulations of people in Lussas, including Barbe, his team, the mayor, and local farmers taking a huge leap of faith.

Simon draws the parallels between farming -- a local farmer describes it as a huge gamble every year, where everything has to go right, saying produce that people take for granted are nothing but a miracle -- and Barbe's endeavor, which might or might not bear any fruit. What everyone is passionate about is what they are doing in looking at things for the long term -- for future generations. The Grocer's Son, the Mayor, the Village and the World... is an intimate and absorbing documentary with a lot of heart.

Taking place in Swedish farmland, Ridge examines the loneliness and isolation experienced by some immigrant farmhands and rural youth, not through dialog but controlled, wide screen visuals. The story goes that a couple of stray cows became wild after spending some time in the ridge before they were found and brought back. The film's formalist approach -- camera always slowly tracking and dollying in -- gives you the ominous feeling that every move is watched, either from above or eye level, and its subjects looking back suggests mutual consent.

Mingling our unprecedented technology era, where everyone is isolated in his own sphere of smartphones, Ridge seems to suggest to take a trip to ever-shrinking nature and enjoy the wilderness while we can. 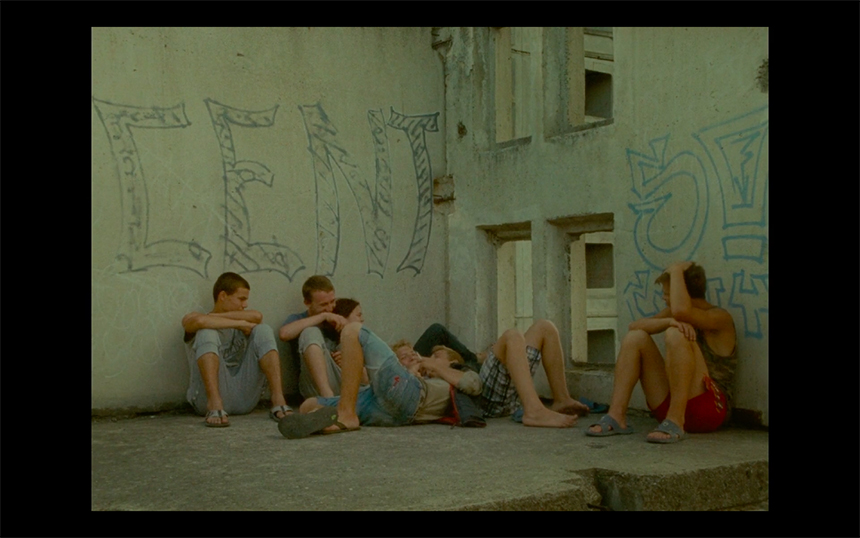 The 16mm-shot documentary is an intimate portrayal of friendship and love among the restless youth. Their fits of jealousy, envy, hate, and euphoria, as well as their hopes and dreams, are all captured in sun-kissed imagery. It's a small pond story that is completely relatable and universal. Their fugue state of teen years, where nothing is stable, reflecting the status of their country, is an apt one. 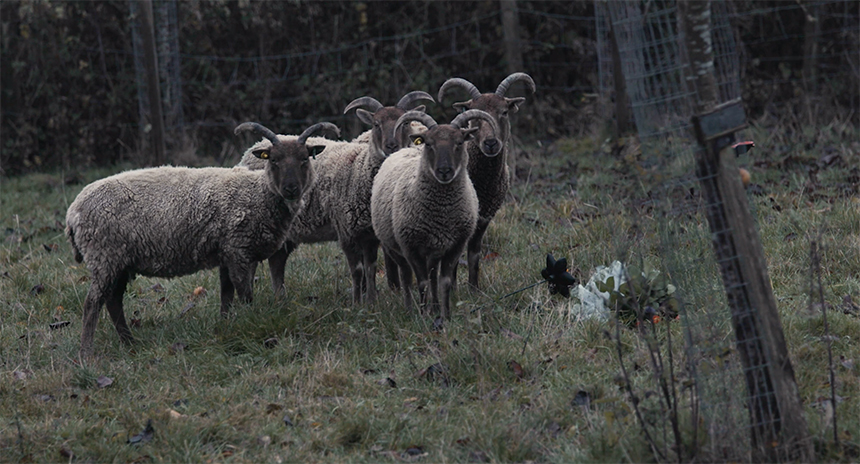 Some Kind of Intimacy - Toby Bull

As we grow older, it is inevitable to experience the death of our loved ones more and more. There might be differences in how we grieve, but the pain, and the heartache remain the same. And it is sometimes difficult to talk about how you feel. Toby Bull achieves some kind of intimacy or the fraternity of orphanhood in less than six minutes with his wonderful short film Some Kind of Intimacy. Through a simple phone conversation, while observing a flock of sheep trampling his parents' grave in the rain, we get to contemplate our fleeting existence within the context of nature. Humor helps to dull the pain, so is shared collective melancholy.

Sun-drenched Sicily is home for both Oscar and Stanley. Oscar and his brother Roberto collects scrap metals on the side of the road under the watchful eye of their sometimes abusive father. Stanley, an African refugee, after getting a two-year visa, stays in Sicily and tries to eke out a living doing menial work for a local priest while helping his fellow refugee friend get his visa.

We see their daily routine simultaneously, slowly revealing what their lives are like. Il mio corpo is not unlike Gianfranco Rossi's Fire at Sea, another documentary that deals with the state of the refugee crisis in the southern European country close to the African continent. But this film is much more subtle and poetic. We feel for these youngsters as they struggle in their own way, licking the bottom of the barrel in the late stages of global capitalism. Their brief, wordless encounters at the end gives hope that there's unspoken fraternity and cooperation in humanity in an ugly world. 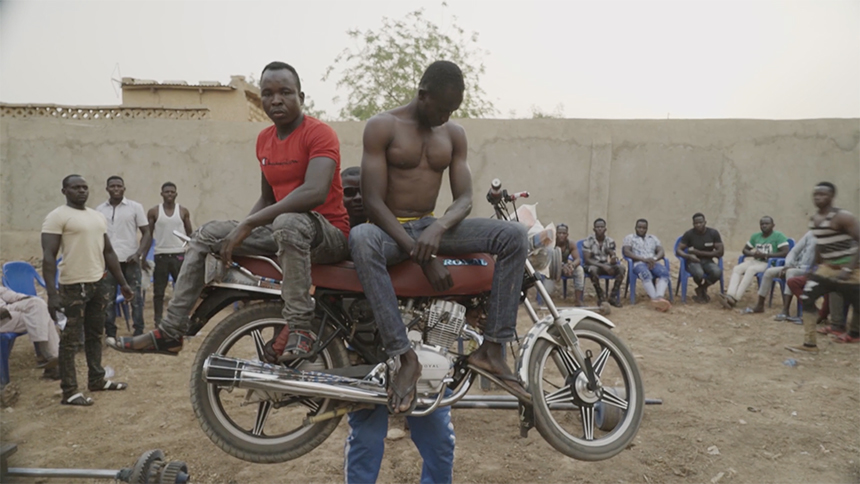 Zinder is a city in Niger. It's known for violent youth gangs and delinquents. Director Aicha Macky is from there. And she gets an unprecedented access to the inhabitants of Kara Kara, the city's most dangerous slum. She interviews former members of palais, the youth gangs, and examines how poverty and unemployment perpetuate the unending macho culture.

It starts with a jarring swastika-adorned flag with 'Hitler' written on it: it's the flag of the bodybuilders club calling themselves Hitler. They think Hitler is the name of an invincible warrior in America. Siniya Boy, the leader of the club, a former palais, is trying to build a security firm filled with fellow former gang members and friends who are currently in jail. Second chance in Kara Kara is hard to come by and the people of the slum are trying to help each other.

There is Bawo, a former gang member who is a pedicab driver. He confesses he had done some very bad things when he was young. NGO changed his outlook on things and now he is trying to help people in the city's red light district. Then there is Ramesses, a gas smuggler who overcame the stigma of being a hermaphrodite, trying to survive in Kara Kara, just like everyone else.

Macky captures all these incredible stories in a seldom-seen part of the world. It shows the survival and resilience of the human spirit. It's one of the most eye-opening documentaries I've seen in a while.