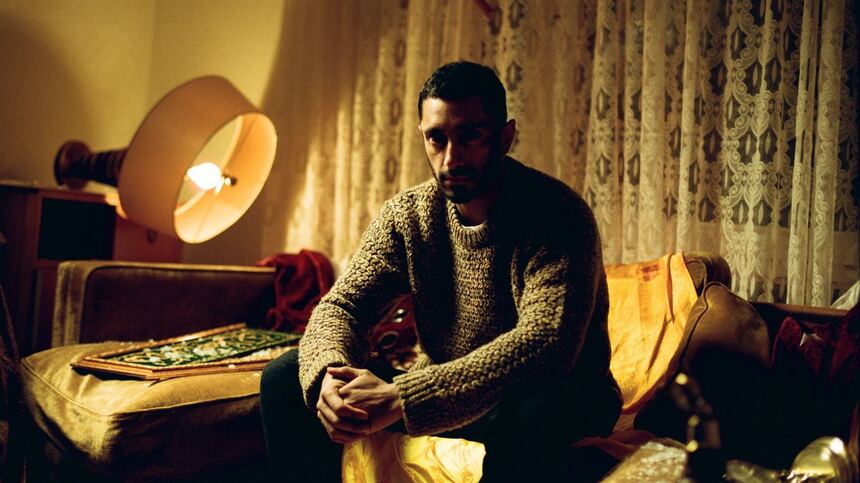 While there have been many negatives about the pandemic, one of the silver linings has been being able to virtually attend festivals in far-flung places. I've had the privilege not only to watch many of the shorts at the terrific Palm Springs Short Film Festival, but to serve on the jury for the Best Short Under 15 Minutes (award results to be announced soon!)

Here are short reviews of some of the shorts (Part One).

Affairs of the Art (Joanna Quinn, UK/Canada): Beryl is tired of her life of quiet desparation, so she returns to a childhood obsession: art. As she finds strange and wonderful ways to express herself in ink and paint, she recalls other family members and their obsessions: pickling, pigeons, taxidermy. A delightful and heartful short; its use of pencil-style animation works in tandem with a story and dialogue that is expressive, strange, and often gruesome.

After-Life Service (Coline César, Florent Chaput, Steven Lecomte, Claire Maury, Emilie Milcent, Sophie Payan, France): Gaspard is just a soul who wants to live his next life as a beautiful peacock; but in order to get enough karma points, he tries to cheat the system by living as more mundance creatures and hastening his death. Garpard is any of us who want to get to the better life, but maybe cuts a few more corners than he should; they are called karma points for a reason. A delightful and surprisingly cheery short about how to appreciate the life you have.

Bad Seeds (Claude Cloutier, Canada): A bird and a frog wage a war over the consumption of a fly. Or is it a hippo against a lion? Or two T-rexes? In this metaphorical fable, two equally strong enemies find it's hard to to beat someone at your level. A strange tale, one that uses sound effects as much as its animation style to tell its intense story.

Everything ALL AT ONCE (Tamara Hardman, Australia): Unlike everyone else, Billie refuses to get an implant that will supress all negative thought; and good thing, at least for a while, as she's the only one who deals with reality. But when everything seems to be going wrong, is it too much? An interesting and very accurate look at how too many try to avoid negativity to the point of ignorance, and once girl's struggle not to cave to peer pressure.

Four Cups of Coffee or Three (Sebastian Łach, Poland): A woman, who often lives too much in her head, finds, or thinks she finds, a strange lump in her hand, and wonders if she's even human. While a portrayal of the disconnetion we often feel, it's perhaps a bit too understated, not giving quite enough information to follow the woman's journey. 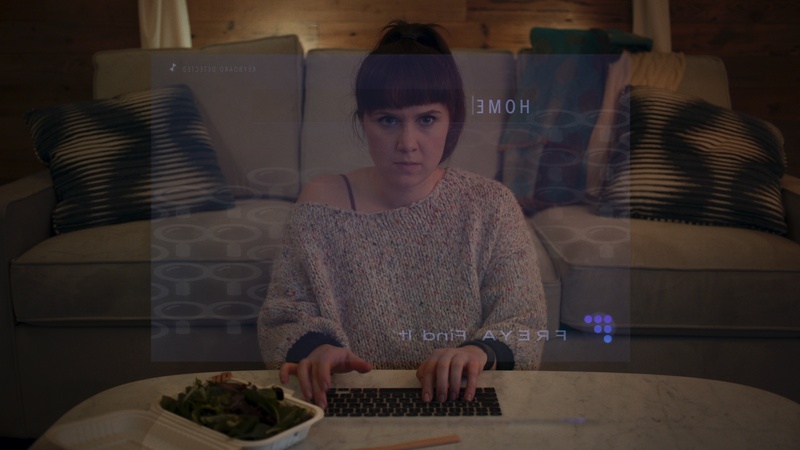 Freya (Camille Hollett-French, Canada): Jade has the FREYA system in her home: it orders her food, helps her rate her one-night stands, as part of the 'unified society' it should be a help. But as she discovers when something goes wrong, it's, to say the least, a hindrance. This is a very clever film that takes a familiar concept (the increasing control of technology on our daily lives), and looks at the psychologucal effects when it gets a little too personal.

Ghost Dogs (Joe Cappa, USA): A new rescue dog finds himself haunted by the ghosts of the dogs that have come before him. These ghost dogs, meanwhile, seem to have been around long enough to exhibit half-dog, half-human behaviour. An experimental dark fantasy that tries to reconstructed the subconsicous and dream world of a canine. Equally fascinating and disturbing.

Heaven Reaches Down to Earth (Tebogo Malebogo, South Africa): On a camping trip with his friend Tumelo, Tao realizes the truth about his sexuality. Tumelo needs to figure out a reaction. Beautiful and poetic, it's a wonderfully crafted tale, set in a glorious landscape against images of fire, friendship, and desire. The inner thoughts flow like water and sting like igniting sparks.

Immaculate Virtue (Ryley O'Byrne, Canada/Germany): An essay on the blurred boundaries between technology and knowledge, how we come to know ourselves through information and where the lines blur. A lot of images thrown together, some of which make sense and some don't, nd untilamtely feels like an empty gesture, trying to prove meaning without connection.

In the Air Tonight (Andrew Norman Wilson, USA): Many know the urban legend surrounding Phil Collins' most famous song, its eerie telling of someone witnessing a murder. The director tells of how he heard the tale and how it matched a strange experience he had along the Pacific Coast highway. While it gets a bit bogged down in some details, its tone matches the oddness of the song in such a way that gthe creepiness will get under your skin (just like the song). 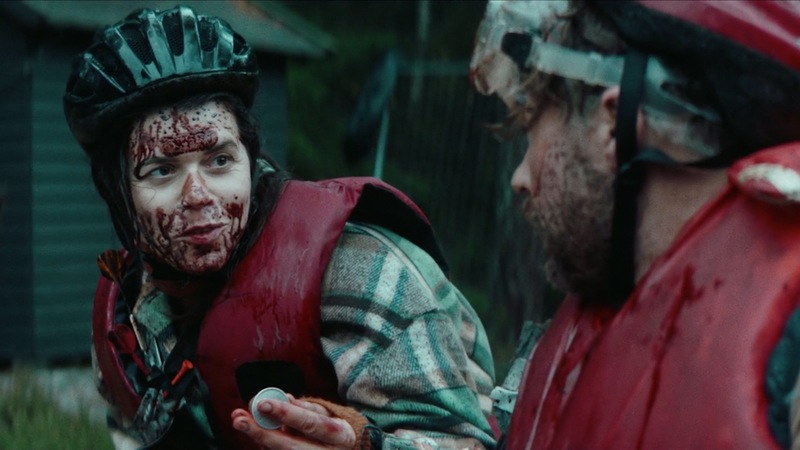 The Last Marriage (Johan Tappert, Gustav Egerstedt, Sweden): Marie and Janne have survived the zombie apocalypse, set up a relatively safe homestead, and have a routine. But they can't save themselves from the routine and banality that can affect any marriage. A hilarious and bittersweet look at the realities (good and bad) of marriage, and how fighting zombies can, indeed, relight the spark.

The Long Goodbye (Aneil Karia, United Kingdom): An ordinary family, having an ordinary if busy day. But this is the UK of the near future, and families such as this (Muslim) are no longer welcome. An indredibly powerful portrayal of the treatment of the 'other' that will seem horrifying, yet it's all-too-familiar, and all too close to being real. Riz Ahmed gives a stellar performance in a film that shifts gears as it relates its dark and frightening tale.

Love Hurts (Elsa Rysto, France): Sam is going through her 'bad boy' phase: his name is Troy, and he feels no pain. But rather than becoming his shadow, Sam seems to channel Troy's anger and skill as a fighter. Juxtaposing modern coastal France against 1950s make-out music, this is an intereseting take on the usual 'girl loves bad boy' scenario, this time with the girl becoming that which she loves.

Love is Just a Death Away (Bára Anna Stejskalová, Czech Republic): At a garbage dump, a lonely caterpiller tries to find companionship. With amazing stop-motion animation and a story that is equally sweet and macabre, it's an unusal yet darkyl adorable story of love found among the ruins.

Macabre Night (Felipe lesbick, Brazil): On a dark night, several violent prison inmates have escaped, and a couple tries to survive the night. What begins as a pseudo-80s b-movie slasher, somehow then turns into a bad musical, As the narrative keeps changing as well as the tone, the short never quite finds its feet, and meanders as much as the desperate couple.