Review: PROXIMA: The Call of the Stars, the Pull of the Earth

Eva Green Stars as an Astronaut About to Take Flight 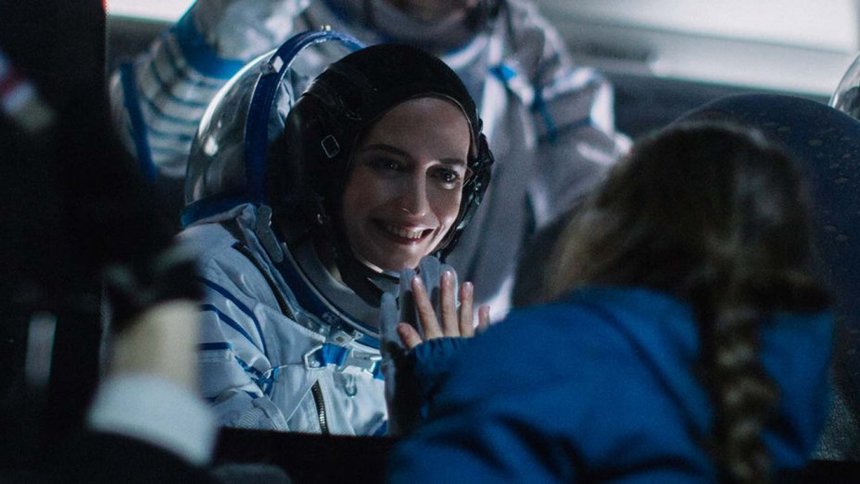 Sarah (Eva Green) has dreamed of going into space for her whole life. She became an engineer, works at the European Space Agency, and has kept in physical and mental shape. And now, her time has come: she is selected to be a member of a team that will test how humans can survive the journey to Mars. Sarah will spend one year in space, cut off from everyone, and shut out from the world. But there's just one catch: Sarah has a young daughter, Stella (Zélie Boulant). How can Sarah leave her child for so long? Why would she even have a child if she wanted to be an astronaut?

Alice Winocour's third feature film, Proxima, follows Sarah as she prepares for her historic journey, and prepares to leave Stella behind. This isn't just a parent on a business trip: this is someone who will be off the planet for a year with no contact with her child. Winocour examines what it means to be a parent, what it means to be an astronaut, and the give and take with comes between following your dreams or sacrificing them.

While Sarah and Stella's father Thomas are not together, they have an amicable relationship. But Sarah is still the primary parent, and the mother; therefore, she is subjected to far more pressure and scrutiny than others who would leave their children for such a long time. The American head of her team, Mike (Matt Dillon), drops more than a few not-so-subtle hints that he doesn't approve of Sarah being on the mission; though himself a parent, of course his wife is there to look after the children, so no one questions him spending a year away from them. Sarah, meanwhile, not only has to prove herself capable for the mission, she has to prove to Stella that she's still a good mother.

This is less science fiction, and more science fact mixed with family drama. Using the actual Star City outside of Moscow where astronauts train, Winocour shows us the physicality of the astronaut's job; Sarah may be an engineer, but she has to learn other skills, and the demanding (to say the least) strength and skill she will need to exist off-planet are (no pun intended) astronomical. And then there is the emotional labour: knowing you will be in an artificial place for so long, Sarah thinks of the earth things she will miss: sounds, smells, touches of the natural world that we take for granted, especially when she knows she might not return.

Stella asks her mother if she would die for her. This might actually become reality if something goes wrong, and it's something that all parents must consider. Sarah tells her daughter that tears don't flow in space; this is not to suggest that Sarah wouldn't cry, but that her sadness will take a different form, it will be something that surrounds her in anti-gravity. Her job requires a stoicism that would be almost impossible for anyone to consistently maintain. Green plays Sarah as someone who, as a woman, has had to fight her whole life for her rightful place; even so, the pressure starts to make her crack, more so because, as a woman, she can't let anyone see it.

Stella is just old enough to know how important her mother's work is and how much she loves it, but still young enough not to understand why her mother would leave her, or why this trip is so important. Boulant gives an exceptional performance; you fully understand her anger, sympathise with what she cannot process, feel it when she laughs and cries and screams. She and Green are a wonderful pairing, two halves of a whole, with a cord between their hearts that they have to make stretch a very long way.

Winocour and her team, especially cinematographer George Lechaptois and composer Ryuichi Sakamoto, combine the images of the required superhuman endurance, with the fragility of the human soul. Even as Sarah and her counterparts train and seem to be made of the toughest material on earth, in the next moment they are as fragile as glass, looking at the stars with both longing and a sense of the blackness of eternity.

Proxima tells the story of any parent who must balance their job and their family, and puts on it a canvas that emphasizes the physical demands and emotional upheavals of that situation. Earth is where its heart is, but it dreams and longs for the stars.

This review was originally published during Miami Film Festival in March 2020. Proxima will be released in the USA on digital/VOD on November 6th.