COMA Trailer: Waking Up in a Weird New World 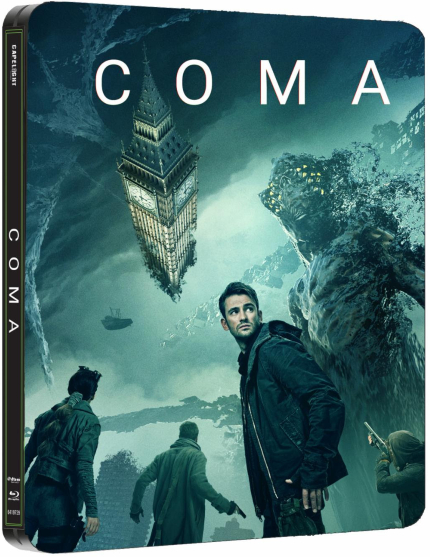 Back in May, I stumbled across a fun, trippy trailer for a movie that left me baffled yet dazzled, chiefly because I didn't know anything about the movie, really.

Now comes official word, via an official statement, that Dark Sky Films and Capelight Pictures will be releasing Coma on Blu-ray and DVD on August 4, 2020. Great!

As I wrote previously: "It looks like someone took a few different video games, ripped out all the logic of the movements, and then translated it into a brand new language." Here is the official synopsis:

"After a tragic accident, a young architect wakes up in a dystopian world: Coma. Here, reality is made from the memories of people who have fallen into a comatose state. Cities, rivers and the sky all flow in and out of each other -- fragmented and unstable just like our memories. The common laws of physics don't exist and nightmarish reapers roam the land spreading death.

"Having lost most of his own memory, the architect must develop new skills to survive and adapt to the chaos around him. On his search for a way back to reality, he joins a rogue group of fighters and discovers a secret that will affect their lives forever."