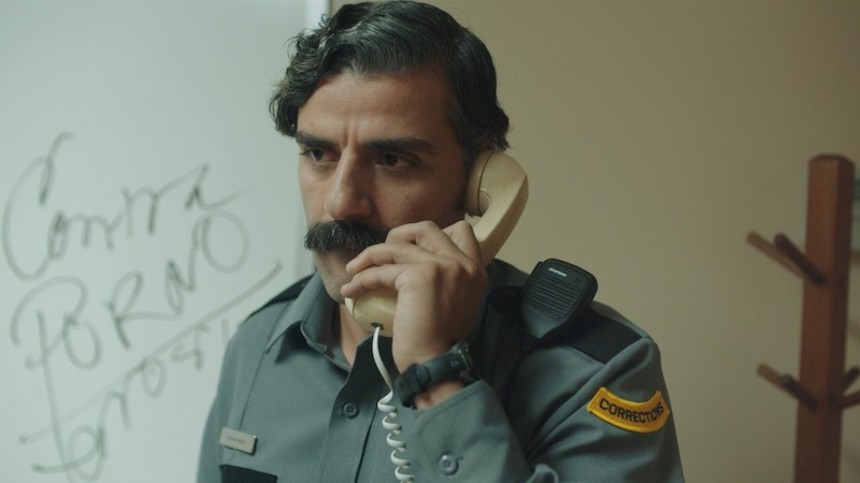 As a short film programmer, I have bias toward the form. But shorts are more than just student films or something filmmakers do before they go on to 'bigger things'. Like the short story, it's a mode that has its own rules, its own means of creation, and more than its fair share of rewards for those diving into the wonderful programs of them, either in dedicated festivals, or as parts of larger festivals. And with the current pandemic forcing many festivals online, there's no better time to discover some terrific shorts.

That means dozens of shorts for you to enjoy for the next week, whether it's with your morning coffee, during a lazy afternoon, or a dedicated evening. And not only films: the festival is also hosting virtual classes and panels with industry professionals from organizations and companies such as CBC, Cannes Short Film Corner,  Clermont Ferrond, Comedy Central, Criterion, DreamWorks Music,  Film Independent, New Orleans Film Society, OUAT Media, Seed&Spark, Showtime, Sundance Film Festival, Vimeo, and more. (I myself will be moderating a panel about distribution on June 19th at 8:30 PDT).

More details are in the press release below. Be sure to visit Palm Springs Shortfest website daily from the 16th-22nd and engage with the festival's excellent programming.

Palm Springs International ShortFest has selected 332 short films in their Official Selection that will be eligible for jury award consideration. These films represent 69 countries and were selected from more than 6,000 submissions received this year. As previously announced, while ShortFest will not hold an in-person event, a number of the official selection films will be available to screen for free online from June 16-22, 2020. A list of screening films and the complete line-up is available at www.psfilmfest.org and a list of the official selection films are included at the end of the release.

“We're proud to share all the work filmmakers have put into making their films and all of the work our staff has put into making ShortFest happen,” said Artistic Director Lili Rodriguez. “No one ever imagines launching a film festival during a pandemic, let alone launching one during such politically charged and urgent times. We remain firm believers that movies are empathy machines and stay committed to sharing cinema from different parts of the world, from different and diverse perspectives."

"We are thrilled to be able to mount ShortFest virtually during these challenging times,” said ShortFest Directors of Programming Linton Melita and Sudeep Sharma. “Although it is a shame we cannot welcome audiences in person later this month, it is no small consolation to have the privilege to share the work of these incredible filmmakers in what we feel might be the best lineup the festival has ever had."

The selection of short films featuring celebrated film and TV actors include Melora Walters in Adeline, the Great; Danny Pudi and Karan Soni in Coffee Shop Names; Will McCormack and Michael Govier direct If Anything Happens I Love You produced by Laura Dern; Mandy Moore in I Lost My Mother’s Ashes; Gayle Rankin in Jane; Kevin Dunn in Josiah; Oscar Isaac and Alia Shawkat in The Letter Room; Lily Gladstone in Little Chief; Rachel Dratch in Marcy Learns Something New; Maya Rudolph, Jay Ellis and LaRoyce Hawkins in Thirsty; John Gemberling in Uprising; Nicholas Braun in Victor in Paradise; and Sarah Steele in We Want Our Money Back.

This year’s panels will cover a wide range of topics including animation, budgeting, commercials, co-productions, documentary filmmaking, entertainment law, episodics, festival programming, festival strategy, financing, music, pitching, writing, as well as working with actors, agents, managers, press and publicists. ShortFest filmmakers will have priority access to the ShortFest Forum. Four of the panels will be available for the general public, with pre- registration required starting June 13 available on the website.

Juried award winners will be announced on Sunday, June 21 from the official selection presenting them with awards and cash prizes worth $25,000 including five Academy Award® qualifying awards.

Do you feel this content is inappropriate or infringes upon your rights? Click here to report it, or see our DMCA policy.
Alia ShawkatLaura DernLily GladstoneMaya RudolphOscar IsaacPalm Springs ShortFestRachel Dratch