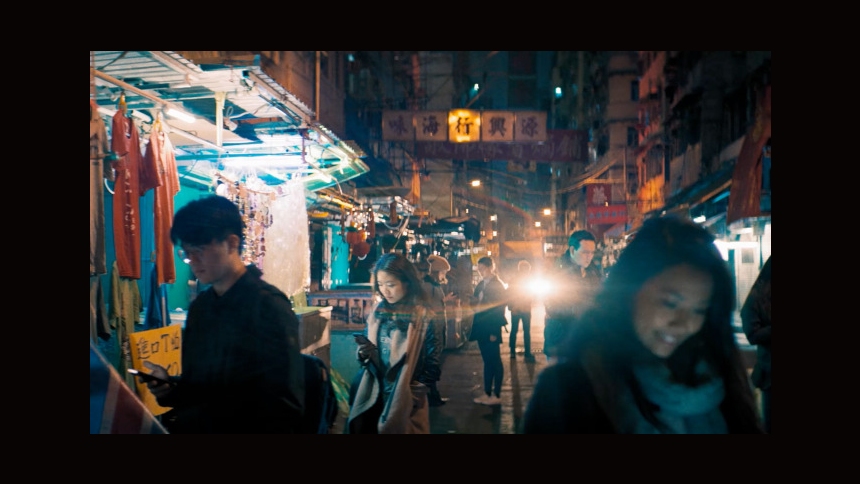 Why is she running? Back that up: why has that drone descended upon a busy street in Hong Kong at night, stopping everyone in their tracks, motionless?

Sharply shot and edited, the short film Invasian is only a teaser for a sci-fi series, now in development, from filmmaker Joshua Wong. According to official verbiage, "the series will be the follow up to Wong's feature directorial debut The Calm Beyond, starring Kara Wang (Top Gun: Maverick), which is currently in post-production."

To quote the official release further, "Invasian takes place in Hong Kong after a mysterious signal is transmitted through cellular devices across the city, subduing and immobilizing the population, leaving only a group of ragtag kids (whose phones were confiscated) and a bunch of technophobic senior citizens to rally together against the robot invasion.

"The project is being produced by Najeeb Khuda and Gavin Lurie of Endless Media along with Joshua Wong and Sofaye Wong of The Laundromatte."

Read more about the project at Deadline. Watch the very cool short film below.

Do you feel this content is inappropriate or infringes upon your rights? Click here to report it, or see our DMCA policy.
Hong KongJoshua Wongscience fiction