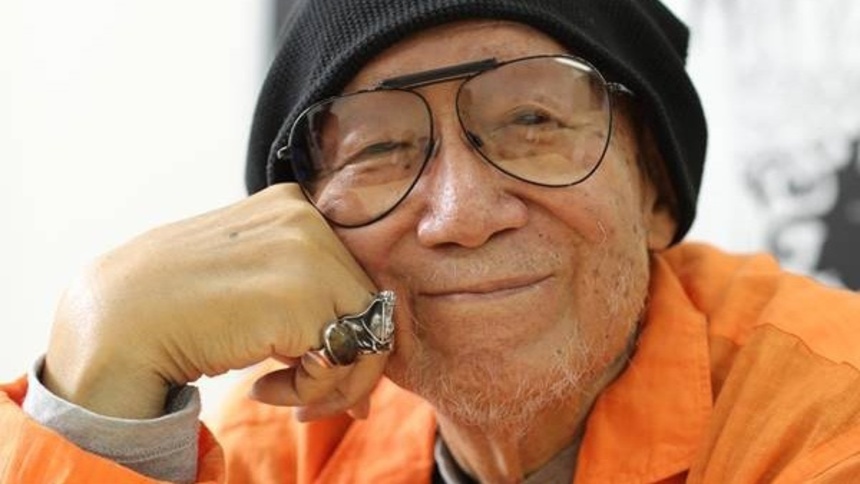 Many of us outside of Asia know and love Ôbayashi Nobuhiko predominantly for his wonderfully imaginative, not to mention utterly bonkers, cult favorite, Hausu, from 1977, which grew to legendary status upon the release of its 2009 restoration.

Those who lapped up the supplements of the film’s Criterion package were tickled to learn that the production was largely inspired by the dreams of his 9-year-old niece, among other wonderful oddball tidbits. House (its English-language title) was a project swimming with curious factoids just like this one, and I think my favorite of the lot might just be the fact that the screenplay, which had been floating around for some time before making its way to Obayashi, was considered not only unfilmable, but unreadable. Obayashi not only saw the merit of the work, but considered it destiny.

House is such a striking first feature (following his similarly intrepid junior new-waveish effort Confession in 1968), because he treated the material like a playground. It is a cross genre carnival of dreams told with Lumiere brothers-like thirst for cinematic ingenuity fuelled by endless possibility. In an era polluted with CG imagery, the modern adventurous filmmaker would do wise to study House, not just for the cornucopia of improvised effects, but for its childlike mindframe that wills the imaginary onto celluloid with mad scientific curiosity.

While Obayashi never really went on to make another film like House during his incredibly busy workhorse career, or even another horror movie for that matter, from the dozen I’ve been able to get my hands on, it seems to me that what carried over into each new project, of which there were many, was a wide-eyed passion for storytelling and spirited drive to expand the tools in his mental and practical canvas.

Rather than lending his fantastical cinematic approach deeper into the realm of horror, Obayashi often opted for distinctly charming bouts of magic realism as a means to address coming-of-age themes concerning grown up reflections on the ever piling years that separate us from our past-lives, locking them into the realm of ephemeral memory.

Time plays heavily into the Obayashi oeuvre in a variety of manifestations, as in the story of The Girl Who Conquered Time, or the man from The Discarnettes who finds himself able to visit and spend quality time with his deceased parents who died when he was young, or my personal favorite, the infectiously wistful Youth Dendeke Dekedeke (an onomatopoeia for the surf guitar riff), the salad days tale of a high school surf band, which in the early 60s experienced the happiest times of their lives playing their take on The Ventures, which beat Tom Hanks’ That Thing You Do to theaters by four years.

Other films like Dead City -- which by some scary coincidence I rented in Tokyo (where the video store still thrives) earlier on the day of Obayashi’s passing -- view memory from a more stoic and pensively poetic lens. Whatever his film-tailored approach, Obayashi was a great thinker because he always seemed to let his curious heart take the lead. As a result, his films feel like answers to a question posed at each project’s onset, lending them an innocent beauty resulting from purity of intent.

This open minded/heartedness is what made Obayashi the perfect candidate to film the making of Kurosawa’s reflective end-of-days epic, Dreams, in 1989. Kurosawa's Dreams, which came out in 1990, offers many philosophical meditations on life, growth, and death, not to mention a few on doomsday - one of which is just plain erie not only in the aftermath of the Fukushima explosion, but even more prophetically in what it has to say about our current international coming to terms with nature.

It also deals quite profoundly with the calling and purpose of the artist when, in one dream, an actor playing a young Kurosawa walks into the world of Vincent Van Gogh as played by Martin Scorsese, a man driven by a deep-seeded compulsion to render his perspective into reality. The dream ends when crows circle the magic reality imposed by Van Gogh -- à la his late in life painting, Crows -- trapping the painting in time and condemning it into the art gallery of the universe for future generations to wander through in awe.

With the crows of mortality now circling around Obayashi’s earthly vessel, the dreamer has entered into the gallery of time. His body of work, while seldom translated outside of Japan to date, is available for consumption and inspiration to the cinematic explorers of tomorrow, as his life in art now belongs to the ages.

As Kurusawa told Obayashi in 1989: "At the end of the day good directors make lots of films. Mizoguchi, Ozu, Naruse - they all made a huge number of films. They made film after film and accumulated so much experience. So I think it's essential to make a certain number of films."

With 44 films achieved in his 81 years on this earth, Obayashi indeed lived a well-spent life, dedicated to pursuits of the heart, mind, and soul. So, while death is indeed an unquestionably sad time, it is important to remember the wisdom of the villager in the final scene of Dreams, who corrects the curious visitor about his observation that the joyous village-wide celebration currently taking place isn't a festival, but actually a funeral. "A nice, happy funeral. It's good to work hard and live long and then be thanked."

So it is with great respect and joie de vivre that I offer my humble appreciation and thanks for the great and unforgettable man that was and forever will be, Ôbayashi Nobuhiko. Otsukaresama desu.