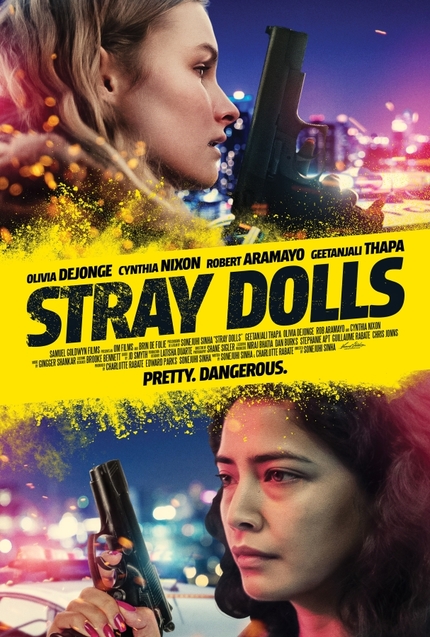 In Sonejuhi Sinha's taut and topical debut crime thriller Stray Dolls, a young Indian immigrant is pulled into a whirlwind of criminal activity by her persuasive roommate.

The film, which was nominated for the Best Narrative Feature award at the Tribeca Film Festival, and landed Sinha on Indiewire's "25 Rising Female Directors to Know" list, will see a wide release from Samuel Goldwyn Films in April.

Cynthia Nixon, of Sex and the City fame, stars as Una, the owner of a seedy motel where Riz finds a job.

Samuel Goldwyn Films plans to show at several theatres, while simultaneously debuting on most major digital platforms on April 10, 2020.

Check out the trailer below. It definitely looks like one to catch.

Do you feel this content is inappropriate or infringes upon your rights? Click here to report it, or see our DMCA policy.
Crime ThrillerSamuel Goldwyn FilmsSonejuhi SinhaStray Dollstrailer