RED DWARF Will Fly to The Promised Land 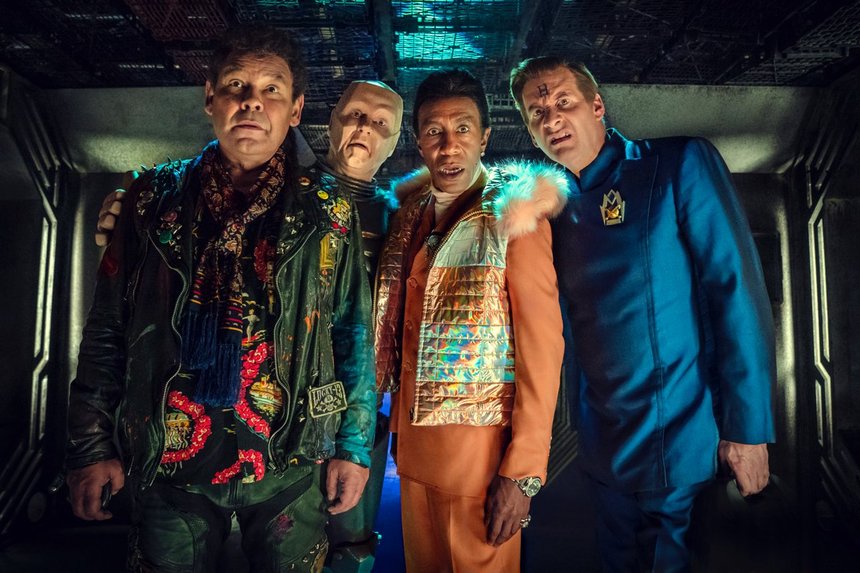 "David Lister, Technician, 3rd class. Captain's remarks: "Has requested sick leave due to diarrhea on no less than 500 occasions. Left his previous job as a supermarket trolley attendant after ten years because he didn't want to get tied down to a career. Promotion prospects: zero."

Arnold Rimmer, Technician, 2nd Class. Captain's remarks: "There's a saying amongst the officers: If a job's worth doing, it's worth doing well. If it's not worth doing, give it to Rimmer. Promotion prospects: comical."

The British sci-fi sitcom Red Dwarf, about a rag-tag group of last surviving human, a hologram, a narcissistic felline humanoid and obsessive-compulsive android wandering the universe and parallel realities while encountering all sorts of odd characters and situations, is getting a special feature-film treatment. The original cast will reprise the roles they have been portraying on small screens for last 32 years with some breaks.

The series first underwent rebirth in 2009 on a British free-to-air television channel Dave (unlike BBC, where it came into existence and persevere until 1999) with a stand-alone (feature-like) miniseries Back to Earth, returned for encore three years later, then back again in 2016 and 2017 for two seasons (XI, XII). The last two seasons proved that the series' comedy potential is still not yet exhausted, as Red Dwarf mined more gags from speculative fiction territory and its own mythology. 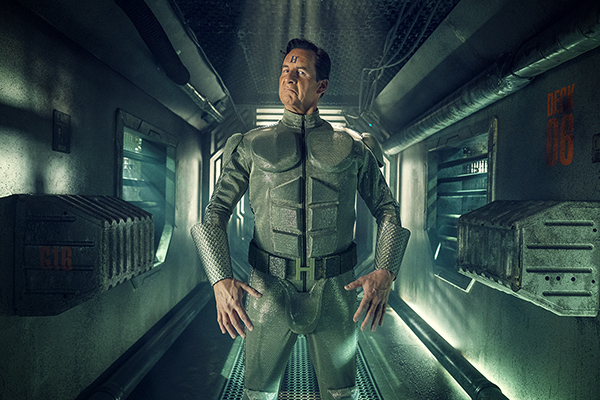 The new 90-minute special is the thirteenth outing of the legendary sci-fi comedy. It reunites the original cast of Chris Barrie (Rimmer), Craig Charles (Lister), Danny John-Jules (Cat) Robert Llewellyn (Kryten) and sees the return of Holly (Norman Lovett) the much loved ship's computer. Written and directed by Doug Naylor, it was recorded in front of a live studio audience over two nights at the world famous Pinewood Studios.

Three million years ago... David Lister, a vending machine repairman, was sentenced to eighteen months in suspended animation for smuggling his pregnant cat aboard the mining ship Red Dwarf. While Lister remained in stasis, a radiation leak killed the rest of the crew. Safely sealed in the hold, the cats evolved into humanoid form. The cats now roam deep space in a fleet of their own...

The special will see the posse meet three cat clerics (Tom Bennett, Mandeep Dhillon, Lucy Pearman) who worship Lister as their God. Lister vows to help them as they're being hunted by Rodon, the ruthless feral cat leader (Ray Fearon) who has vowed to wipe out all cats who worship anyone but him. 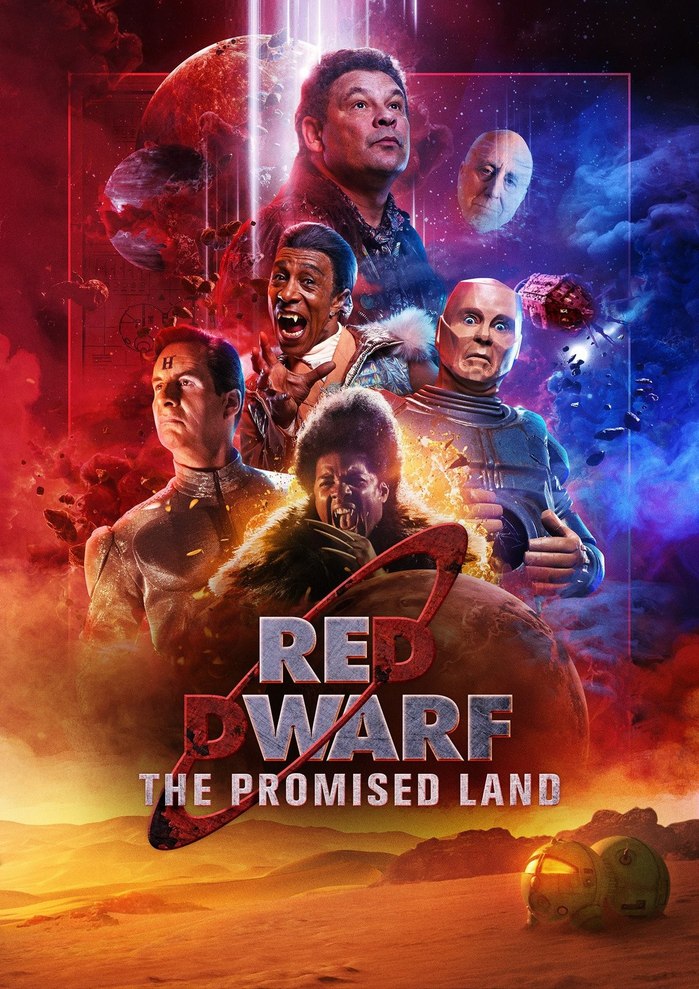 Red Dwarf: The Promised Land will air on Dave on April 9th, 2020. Visit the official site for more information.

Do you feel this content is inappropriate or infringes upon your rights? Click here to report it, or see our DMCA policy.
Red Dwarf 2020The Promised Land