Miami 2020 Review: PACIFIED, Hope and Resignation in the Favelas 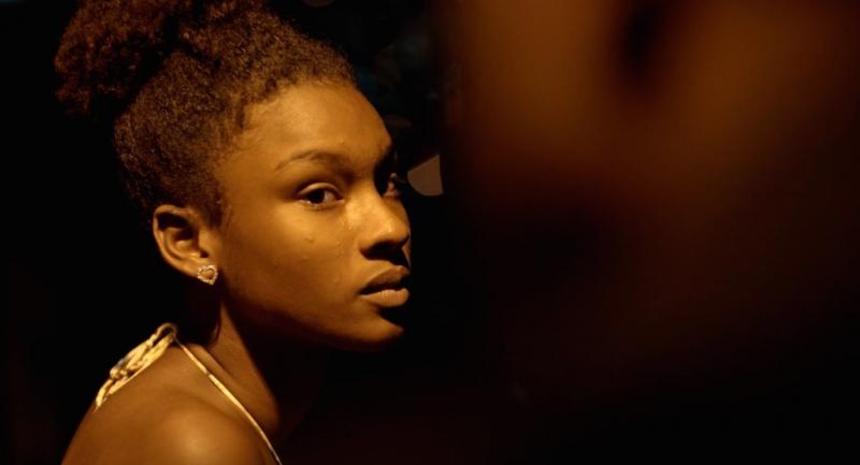 American director Paxton Winters spent seven years with the community of Morro dos Prazeres, one of the many favelas that encapsulate Rio de Jainero. Anyone familiar with Brazilian cinema will know these as the home of the working class and the poor, nestled in the hills that give a gorgeous view, and yet are miles and miles away from prosperity. What this group delivers, filtered through their experiences and the director's vision, is a quiet and introspective film, one that looks not so much as the actions, but rather the consequences of actions and their lasting effects.

Winner of the Golden Shell Grand Prize at San Sebastian Film Festival, Pacified follows Tati (Cassia Nascimento), a teenager whose estranged father Jaco (Bukassa Kabengele), a former gang leader who has recently been released after years in prison. All Jaco wants is a simple and honest life, and he dreams of opening a pizzeria. Tati, who has had to deal with her drug-addict mother, looks to her father as a way out of a difficult life.

We meet Tati as she shyly looks around from her mother's shadow: knowing that her prospects in life are few, knowing that her father (who might not be her father after all) comes with his own considerable baggage. Winters lets the story almost tell itself, with the favela (its own character) guiding the direction, as if the characters, knowing there are few ways 'out' (literally or figuratively), find themselves going in circles with no respite. Tati knows she doesn't want to become like her mother; Jaco knows his only hope for survival is staying away from criminal activity. And yet, the police, and those around them, want both Tati and Jaco to conform to the stereotypes that have become embedded in the favela way of life.

This is Brazil in 2016, on the eve of the Olympics, and the authorities don't want anything to 'ruin' their image to the outside world. Not that the politicians or authorities ever cared about the residents of the favelas, but the determination to keep them in line raises the stakes. No one wants to let Jaco live a normal life, and between gangs and lack of funds, he is dragged back into the criminal mire. The constant strain and toll on the mental and emotional health begins to wear down on both Jaco and Tati; no matter which way they turn, no matter which escape route they might find, they are beaten back.

Winters and cinematographer Laura Merians neither romanticize the favelas, nor 'dress up' the poverty. Some homes are rundown, some are well cared for, even if they need some repair. The most iconic image is of the stairs: these heights may afford a view, but the climb is a endurance test and a symbol of the favelas and what the residents are expected to endure. As Jaco climbs these steps with a fridge on his back, they seem to never end; as Tati gets into a fight with another girl, the threat of the stairs is countered by words; the bully may be lower down, but that lower down has more power, closer to the ground.

The dialogue is sparse, but the looks say so much. As Tati and Jaco struggle, so the neighbours do as well, trying to keep away from both the gangs and the authorities, both of which would force them into a cycle of conformity and despair. Pacified's focus on the psychological toll makes for a refreshing change, and still manages to find glimmers of hope.